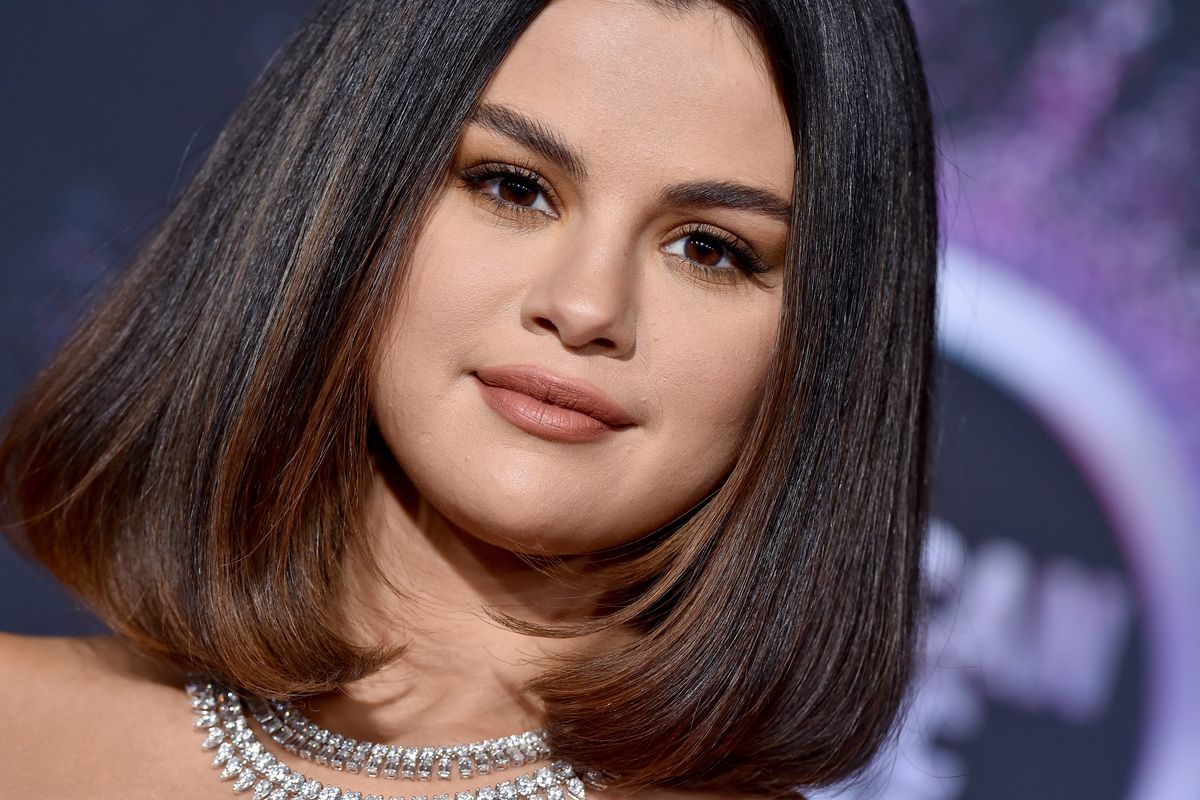 Earlier today, singer and actress Selena Gomez took to Instagram to announce the artwork and title of her third album, Rare. It's set for release on January 10, arriving nearly five years after her last full length, Revival.

Gomez's post features an album trailer that opens with the singer smiling and waving at viewers, flipping through each of the album's track titles: "Rare," "Dance Again," "Ring," "Vulnerable," "People You Know," "Let Me Get Me," "Crowded Room" (feat. 6lack), "Kinda Crazy," "Fun," "Cut You Off," and "A Sweeter Place" (feat. Kid Cudi). The album will also feature Gomez's No. 1 hit, "Lose You to Love Me," as well as her most recent single, "Look at Her Now."

In her caption, Gomez writes, "Can't believe I'm revealing the art and title for my new album RARE, out January 10th. It's the most honest music I've ever made and I can't wait for you to hear my heart." Gomez may be especially excited since this album has been so long in the making. In an interview with Ryan Seacrest, Gomez explains that she nearly released the album two years ago, and that she has been working on it for a total of four years.

With the album coming on the heels of the release of her two recent heartbreak anthems — both of which she performed as the slightly controversial opener of the 2019 AMA' — perhaps Gomez will be giving us a whole breakup bop album.

The album announcement comes at the end of a busy 2019 for the arist who, aside from releasing music, has produced the Netflix documentary series, Undocumented, and announced she'll star in the upcoming film, Dolittle, set to release just one week after Rare drops.