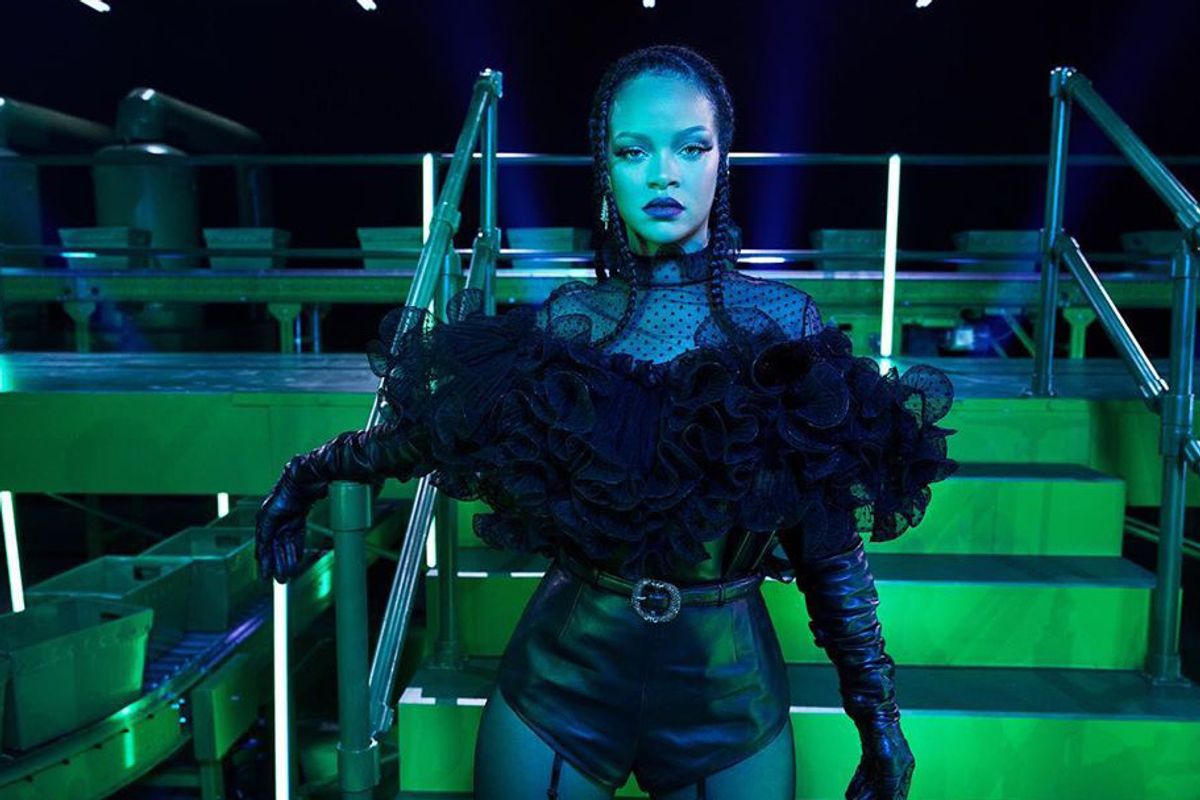 Savage x Fenty Vol. 2 Was Everything You Could Ask For

Rihanna has done it again. While the artist couldn't have her second runway show live this year, she brought the A+ production and storytelling to Amazon Prime Video's digital platform. Savage x Fenty Vol. 2 was a fashion extravaganza that delivered with its musical performances, celebrity appearances, and inclusivity.

This year, RiRi opened the show, rocking a full mullet, along with dancer and model Parris Goebel — who also choreographed for the first Savage x Fenty show. Rosalia was the first musical performance of the night, followed later by Mustard, Roddy Rich, Ella Mai, Bad Bunny, Miguel, and Travis Scott.

Related | Everything You Missed At Savage x Fenty's NYFW Show

Probably the most awe-inspiring moment was Rihanna's major reveal in the middle of the show, coming out of a flower like an absolute goddess, then strutting her stuff as she walked past her beautiful models.

Savage x Fenty also made it a point to show even more body diversity this year. Last year's iconic opening model Raisa Flowers made an appearance once again. There were also differently-abled models included in the show. And with their new menswear line, they also embraced the different shapes and sizes of the male body, with model Soouizz having a big moment for "big men."

And because this year's focus was on stories, every portion of the show had a word signaling a theme like "sexuality" and "mood," with Ms. Robyn Fenty herself talking about each of them in relation to her own personal life in a documentary-like style. Her celebrity guests also had a chance to chime in, and talk about these topics and share their own experiences.

See behind-the-scenes shots below, and stream the whole show here.