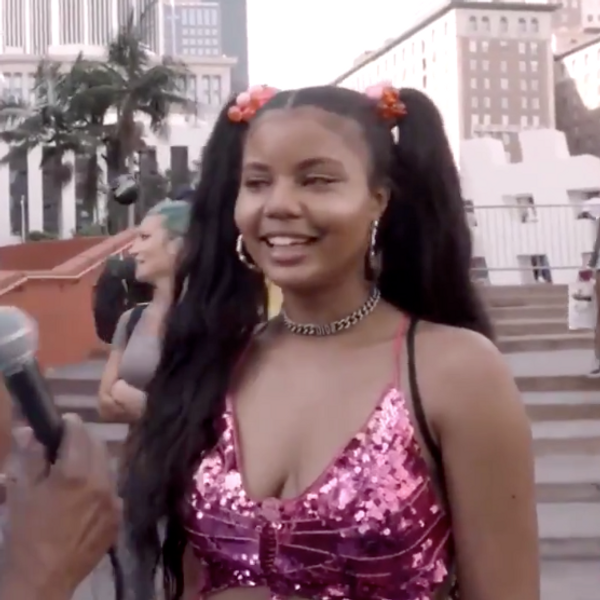 Amber Rose's annual SlutWalk is a march and a general movement that works towards ending rape culture by empowering women to reclaim their sexuality, their bodies, and their desires. The walk encourages all people to participate, even if they aren't activists, and actively works towards being intersectional.

At this year's walk in Los Angeles, Jesse Lee Peterson, a right-wing media personality, interviewed people who were attending. In one video, he asks a woman, Samirah, about the march. He interrogates her for over two minutes, but she is calm and quick-witted throughout, explaining to him that she is reclaiming the word slut as a means of reclaiming control over her body. Her statements are powerful, especially given the extent to which the current administration wants to legislate control over the bodies of women, people of color, and queer people.

"We are all sluts. You're a slut. All these dudes behind you are sluts. Your cameraman is a slut. Your PA is a slut. And you mic is a slut," she begins triumphantly.

Peterson goes on to ask her how old she is, to which she responds, "Grown." He also delves into her sexual history, asking, "So you sleep around with a lot of men?" She responds saying she is a virgin, but she can still be a slut, because the word is not about sexual activity or about the ways men have historically used it to degrade women. Instead, she says the word slut is about being "A boss. Getting money. Taking the mic. Turning life around. Taking over Hollywood."

She continues on, defending her outfit, asserting that she won't let Jesse twist her answers around, and saying, "[God] would want me to be whatever I want to be because God believes in choice."

Nothing but respect for our president!