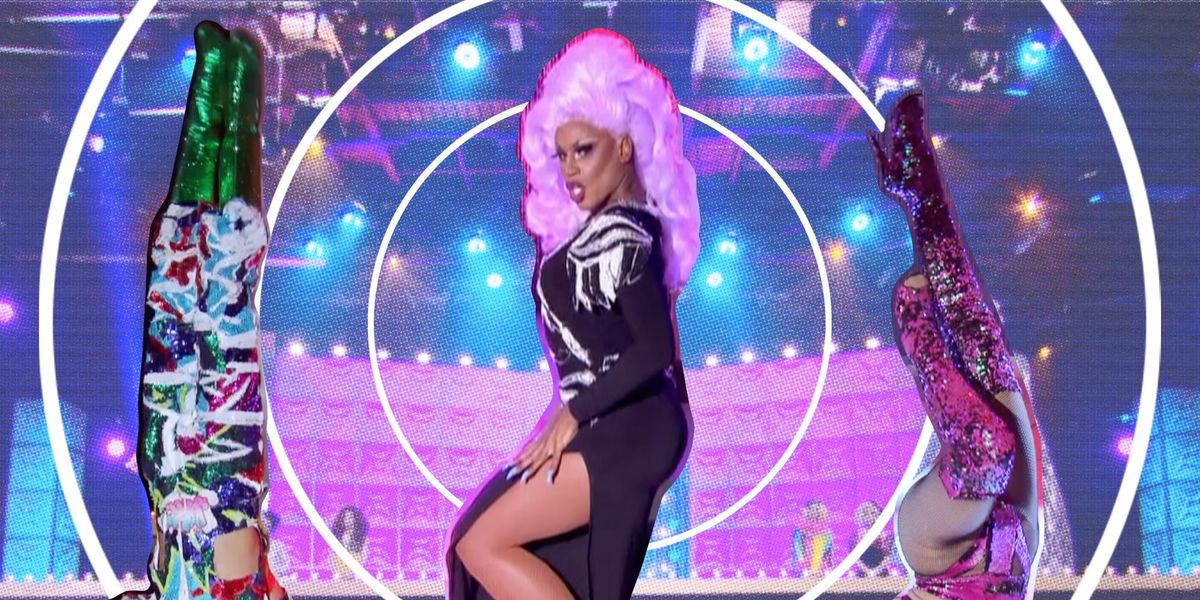 Often referred to as the gay Super Bowl, the institution that is RuPaul's Drag Race occupies a unique place in the pop culture zeitgeist. The show has put the art of drag on the national stage, broadened the public's lexicon and given us too many memes to count to the point where it feels thoroughly enmeshed with our daily lives.

In honor of her PAPER cover, we're looking back at the singer's musical legacy through the lens of Drag Race and revisiting all of the Demi Lovato lip syncs that have graced the runway over the years.

Honestly, this is probably the first lip sync that immediately comes to mind when you think of Demi Lovato and Drag Race, and for a very good reason: the inevitable showdown between ballet barbie Brooke Lynn Hytes and the freaky flexible Yvie Oddly, after both giving disastrous Snatch Game performances. The two queens were frontrunners up until that point and it was the first time either had found themselves in a lip sync. Since the stakes were incredibly high, we all knew we were in for a show — we just didn't realize the full extent of what was about to go down.​

From the moment the first chorus hits, Yvie launches into a cartwheel/ centrifugal force-assisted wig reveal only to be almost instantly answered by a pirouette into a full drop from Brooke and then things were really off to the races. Both go on to trade back bends, splits, death drops, back flips and headstands like they were going out of style with no signs of letting up. In the words of Shuga Cain, "Come on Cirque du Soleil!" And not only did both pull of a ridiculous amount of stunts, but they managed to make acrobatic onslaught fit entertainingly with the performance, whether it was Oddly's aforementioned wig change or Hytes casually checking her nails as she twerked mid-splits. It was hands-down the most well deserved double shantay in the show's history, full stop, and cements the Demi Lovato cut's place in Drag Race herstory.

Shea Couleé Vs. Nina Bo'nina Brown: "Cool for the Summer"​

After seeing how she turned it out in All Stars 5 (or the lip sync that awaited her at the end of the season), by now it's clear any lip sync involving Shea Couleé would be worthy of note, but you would be forgiven if you ended up repressing the memory of this performance. Fresh off of the Valentina debacle the week prior, it was this week that Nina Bo'nina Brown's inner saboteur finally overwhelmed any remaining desire to fight for her spot in the competition. It was frankly painful to watch as Nina just flat out gave up and barely went through the motions with withered moves and half-assed attempts at even getting the words.

To Shea's credit, at least she gave a bit of effort even if we knew full well she was capable of turning it out a whole lot more. But who can blame her really? After seeing Nina give up the ghost before Ru even hit play, it's understandable that she would want to save her energy for her other competitors. This was the same season that saw Charlie Hides fully stand in place for an entire Britney Spears song and Valentina's mask mess, so the bar was already buried beneath the earth's crust at that point. It's just a shame that a song that had as much potential as "Cool for the Summer" was relegated to this lackluster display.

Much like Pearl and Miss Fame's stints on Drag Race, this lip sync was pretty but not terribly memorable in the broader scope of Season 7. That said, it was still a good lip sync and, to their credit, both performers do deliver (which is good because Demi is sitting right there). Miss Fame does give a valiant effort in spite of being hindered by what appears to be a cumbersome maternity dress she has on but Pearl ultimately edges her out with an overall more energetic performance. However, the clear highlight of this particular lip sync has to be the moment where Pearl and Fame both take the opportunity to flip each other off on the line "I'll walk right up to you and put one finger in the air." Having both said the other should go home mere moments before the lip sync, it was clear that the animosity between the two was very real in that moment making it all the more juicy.

Videos courtesy of World of Wonder