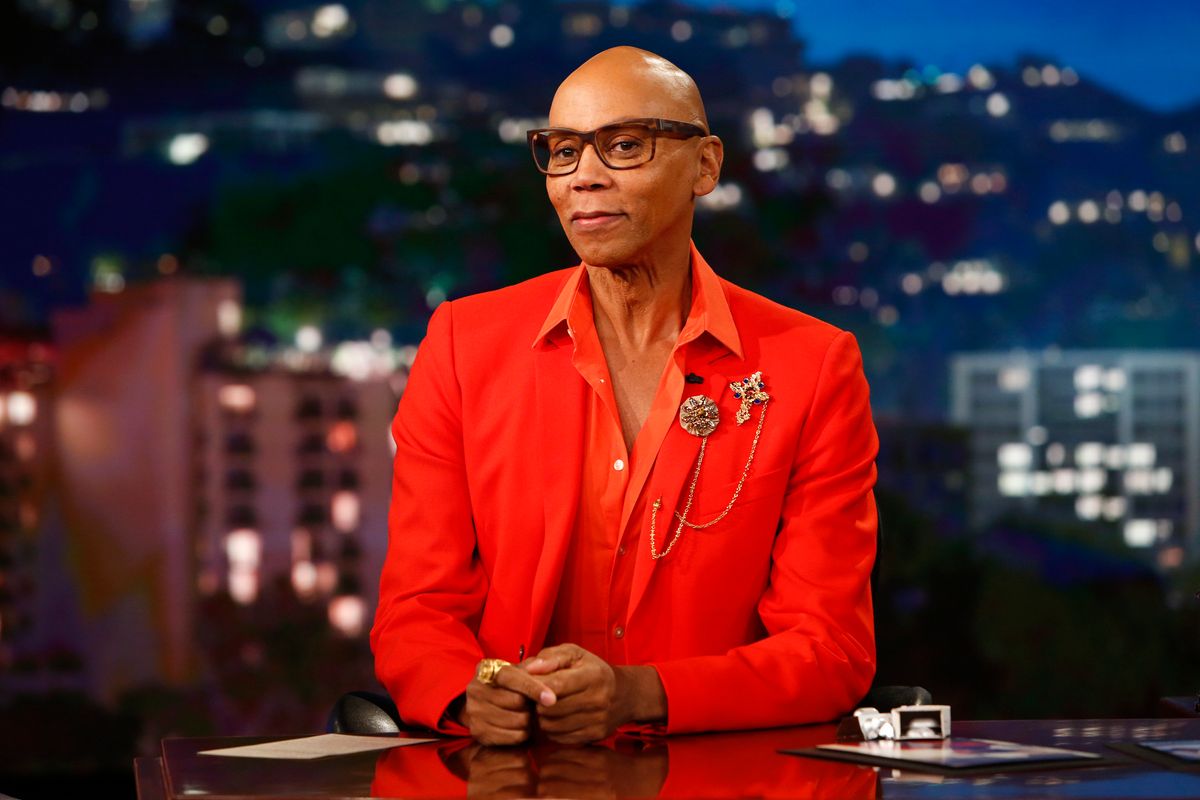 RuPaul Seemingly Admits to Fracking on His Ranch

As if the headlines couldn't get any weirder today, it now appears as if RuPaul has admitted to fracking on his ranch — and, needless to say, fans are baffled.

It all started last week after the Drag Race star made an appearance on NPR's Fresh Air to chat about his "recipe for success," before the conversation turned toward the Wyoming ranch he owns with husband Georges LeBar.

As host Terry Gross pointed out, at 60,000 acres, the LeBar ranch is comparable in size to a national park. So, what's a queen to do with all that wide, open space?

Well, if you're RuPaul, it seems as if he's decided to "lease the mineral rights to oil companies and... sell water to oil companies" — something that led Twitter user @rorys to accuse the star of fracking, which is a technique that involves the high-pressure injection of water, sand, and chemicals to create cracks in shale rock where oil and gas can be more easily extracted from.

"HOLD UP. (Non-COVID content) @RuPaul was just on @NPRFreshAir and shared that he & his partner own 60,000 acres in Wyoming & they lease mineral rights ... and sell water to oil companies,'" they wrote in a viral tweet yesterday, "And Terry Gross did not follow up with one question about the fact that RuPaul is FRACKING."

HOLD UP. (Non-COVID content) @RuPaul was just on @NPRFreshAir and shared that he & his partner own 60,000 acres in Wyoming & they "lease mineral rights ... and sell water to oil companies" and Terry Gross did not follow up with one question about the fact that RuPaul is FRACKING pic.twitter.com/KJanHgi0xI

That said, in the past few years, hydraulic fracking has incurred criticism from environmental groups thanks to the oil spills, pollution, water waste, and even earthquakes that can result from the practice. So, needless to say, the idea of RuPaul allowing oil companies to engage in the controversial practice on his property raised more than a few eyebrows.

Because while there was a sizable amount of backlash, it seemed as if most were just baffled by the absurdity of the scenario itself. From jokes like "'RuPaul fracking' was not on my bingo card" to more pointed comments like, "RuPaul fracking while throwing a climate change themed ball episode of Drag Race is the neoliberal hellscape I've become accustomed to," Twitter definitely had a lot to say about his apparent admission.

And though RuPaul himself hasn't addressed the situation, in the meantime, you can see some of the best responses, below.

“RuPaul fracking” was not on my bingo card https://t.co/6hIQEEv0zz

RuPaul is queering fracking and I think that's beautiful https://t.co/XMrJuXdk1r

i love how RuPaul admitting to fracking is like, only the eighth craziest thing to happen today.

RuPaul is fracking would be something that comes up in this timeline https://t.co/rH82cti7dN