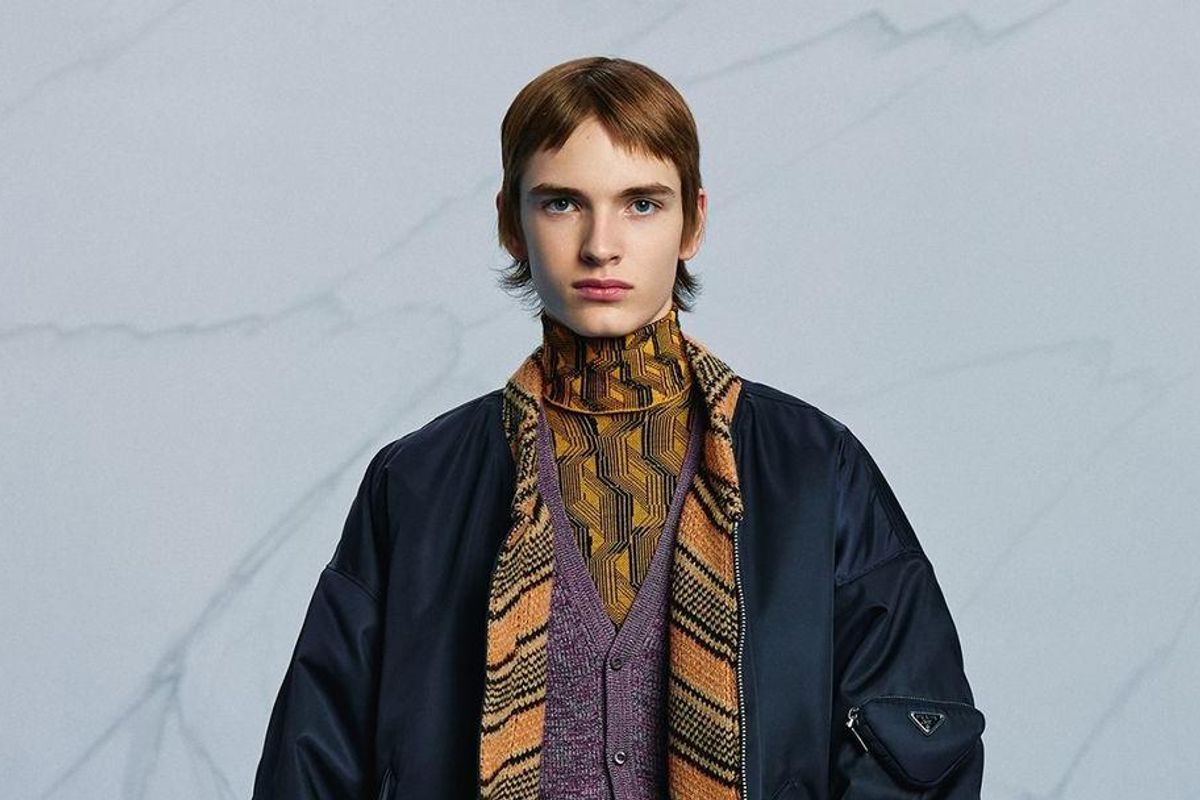 Early last year, Raf Simons announced that he would be joining Prada as the fashion house's co-creative director, along with designer and Miu Miu founder Miuccia Prada. They've shown what they were capable of as a powerful pair with their first joint women's collection last year for Spring 2021. And this weekend, they debuted their first joint menswear collection together.

The collection, entitled "Possible Feelings," came from an "intimate and personal desire for contact, from our need for exchange and relationship" according to a press release. The show was live-streamed online and featured a post-show Q&A portion, during which both designers emphasized that the collection wasn't meant to have a straightforward storyline, but rather was meant to move people to feel something.

"We started talking very early on about what kind of piece could represent something very close to the body, literally being almost a representation of the body," Simons told Vogue. "We were looking for something that could be maybe a symbolic piece for all these kinds of feelings that we feel right now." With that in mind, the consistent piece that was present in all the looks throughout their collection was a bodysuit, which came in different patterns and colors.

Layering was a central theme in the show, referring to the bodysuit as a "second skin." In the press release, the designers said that it serves to "delineate the figure in dynamic movement. Abstraction of feeling becomes abstraction of freedom. These bodysuits paradoxically reveal while concealing, placing an emphasis on physicality, but also covering the form."

See all of Prada's Fall 2021 menswear looks, and watch the Q&A segment in the video below.