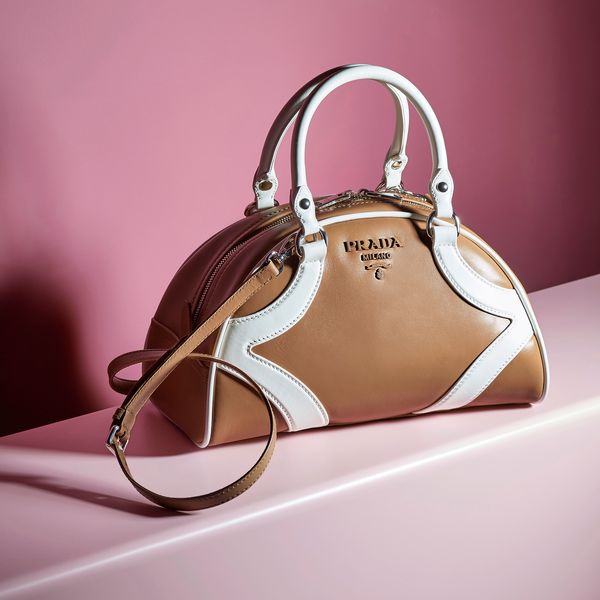 Prada Brings Back the Iconic Bowling Bag at Resort 2020

Prada's 2020 Resort collection was shown this week in New York at the Piano Factory, a Herzog & de Meuron-designed space where the brand's U.S. headquarters are located. Delivering on some of Prada's classic silhouettes with a contemporary approach in addition to a slew of must-have accessories, the latest runway show was so Prada — and it was so good.

As for what Miuccia's mood was for her 2020 resort collection, she described the designs with words like "naive," "real," and "a protest against too much." Doing all of that and more (or less), she presented a collection of quintessential pieces with clever spins on some of the brand's best tropes. Showcasing the "Seditious Simplicity" collection in the Big Apple just days ahead of the Met Gala, the show notes offered insight on the whole spectacle: "New York imbues garments with specific cultural memory, offering a distinct perspective paradoxical to their universality."

Prada also brought the stars out in throngs with Sofia Coppola, Lee Daniels, Kelela, Diane Kruger, Elle Fanning and Dee Rees among others sitting front row and enjoying an intimate dinner and late night after party by DJ Nastia and Richie Hawtin.

Sending out layered looks in contrasting plaids and stripes or patterned with micro-florals, the heavily tailored (sometimes even pleated) collection was topped off by some striking accessories. There were paillette scarves and beanies, baroque pearls, bright striped socks, drop earrings, backpacks, and the timely reintroduction of the brand's iconic Bowling Bag in time for the 20th anniversary of its release.

The sleek, short-handle bag was first introduced in the spring 2000 collection, called "Sincere Chic," and is still quite chic, sincerely. Now it's back in four new colorways including white with red detailing, cinnamon with white straps and two monochromatic styles.

The Prada Bowling Bag is available for pre-order on prada.com from May 3rd until the 6th.