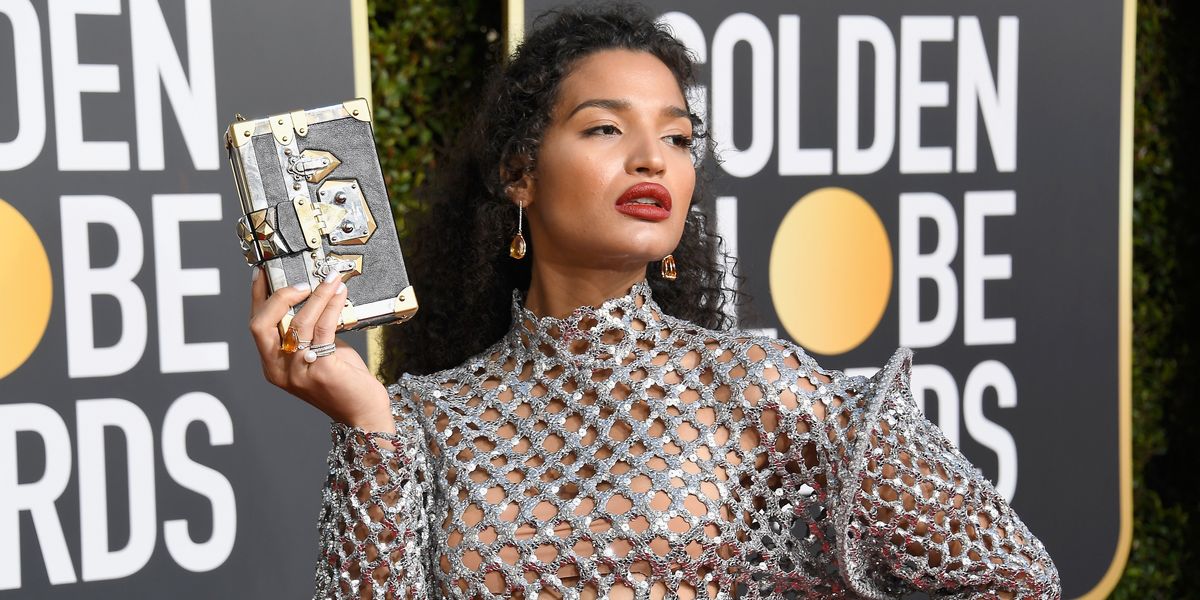 In case you felt any kind of disappointment about the 2019 Golden Globes (per usual, there are lots of opinions going around), then you can soothe that worry with one of the most standout red carpet extravaganzas in recent memory. Better than Fiji water, and certainly more refreshing is the luminous cast of Ryan Murphy's FX series Pose, who absolutely turned it out in an array of stunning looques. We'd gladly pay $10 ten times over to get into this ball.

While of course we acknowledge that the full cast appeared, including James Van Der Beek, Kate Mara, Evan Peters, and Billy Porter (who totally slayed in a couture suit and cape with magenta underlay by Randi Rahm), it feels more important to spotlight that in terms of Hollywood diversity and representation, the transgender actresses of Pose — Indya Moore, MJ Rodriguez, Dominique Jackson,and Hailie Sahar — showed up and set a powerful example. (Angelica Ross, the show's fifth series regular did not attend, but we can only imagine she would've turned it out).

Last night, the history-making show shedding light on the roots of trans and queer POC-led ballroom culture was up for two awards. And even those nominations set new precedent for Hollywood, with Pose becoming the first television show with a mostly transgender cast to be nominated for Golden Globes. It didn't win them, but the actresses who walked the red carpet last night won for trans women of color everywhere who dream to occupy big stages.

No one would argue the fact that Moore's peek-a-boo minidress didn't make a powerful statement. The look, by Louis Vuitton, is a win for Moore, who looks totally lovely, but it can also be said that she's helping usher in a new and important reality. Trans women of color deserve to be dressed in luxury designs at a venue like the Golden Globes. That kind of visibility is a win for the continued advancement of trans people everywhere.

Here is Rodriguez, celebrating her birthday with what we believe is the first of many appearances at the Golden Globes, and she shines like a Grecian goddess in an azure-blue, high-slit gown by Prabal Gurung.

Hailie Sahar was the ball's prima ballerina in a gorgeous multi-tiered peach gown by Peter Langner. She wrote on one of several photos posted to Instagram in this look: "dreams really do come true." Yes, they most certainly do.

Sporting a fierce cat eye and glowing skin, Jackson looks every bit like the winner she is. She is statuesque in a white floor-length silk Marc Bouwer number, with a pastel-blue train. In a video posted before the red carpet, Jackson, in the complete look, encouraged trans people to always remember the importance of resilience, with a shoutout to those who paved the way. "To my brothers and sisters, mothers and fathers, and to the pioneers of ballroom: We going to the Golden Globes! [...] I am so honored, so grateful to be a part of ballroom. Look how far we've come. I love you guys."