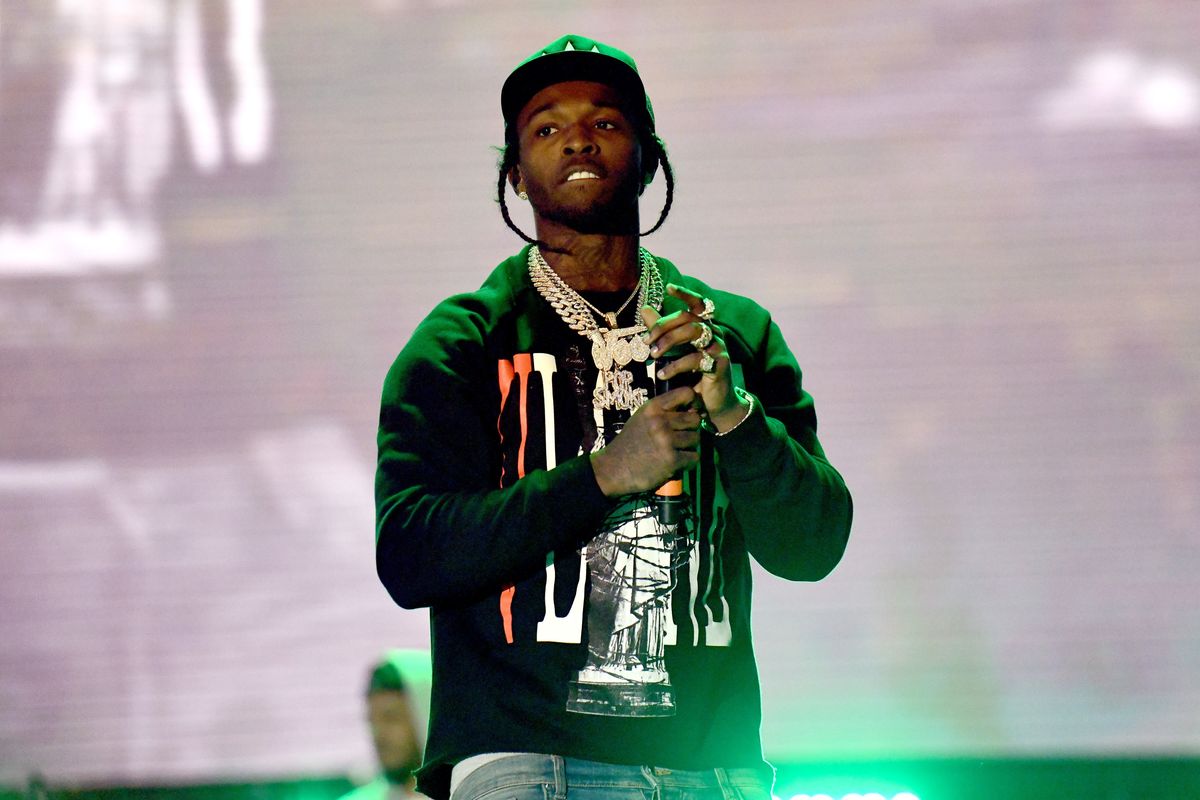 By the age of 20, Pop Smoke, (born: Bashar Barakah Jackson) had shown immense potential in his native New York City drill scene and beyond, collaborating with major names in hip-hop — including Nicki Minaj — and making a name for himself. When he was killed in a home invasion in February, the hip-hop world grieved the loss of a rising star.

Three months since his untimely passing, Pop Smoke's estate announced today that the rapper's posthumous debut album will be released on June 12. Although Pop Smoke had unveiled several star-studded and collaborative mixtapes throughout his lifetime, this record marks his first full-length LP. The title has not yet been announced. See the cover art, below:

On May 6, Steven Victor, Pop Smoke's former manager, and the Jackson family thanked fans for their continued support and tributes in a statement. They also hinted at unheard music from the rapper coming sometime in 2020. In an interview with Complex, Victor said that a documentary about Pop Smoke was also in the works.

Next month, fans will finally be able to hear this followup to the popular Meet The Woo mixtapes, in full. 50 Cent teased that he also contributed to the record as an executive producer, and expressed his admiration for Pop Smoke's artistry in an Instagram Live video.

The Shade Room on Instagram: “#PressPlay: During his Instagram Live tonight #50Cent shared one of his fondest memories of #PopSmoke, and how Pop was able to observe and…”

50 Cent also appeared in a Beats 1 interview with Ebro Darden and shared that he and Pop Smoke were awaiting features from other collaborators before his sudden passing, and that they were eyeing Roddy Rich as a possible contributor.