By the 1940s, airtravel was the pinnacle of luxury. Posters depicted airplanes as a gateway to adventure, adding to the allure of aviation and the type of lifestyle it was clearly suited to. (Read: a rich-person lifestyle.) And that helped form the connection between planes, celebrities, and what those celebrities wear when they're flying. Which explains how we've gotten where we are today: because if a celebrity's airport style isn't documented or analysed, does that celebrity even exist?

I mean, of course they do. (I've yet to find an airport photograph of Dame Maggie Smith, and I'm ready for when that day finally comes.) But as tabloid culture began focusing more on the ties that bind famouses to the people who read about them, the idea of airports as an egalitarian space was also on the rise, as air travel morphed from a symbol of status to a necessity widely available to most people. That shifted the style narrative from the likes of Marilyn Monroe embodying private tarmac glamor to one of actors and musicians we know and love hanging out at baggage claim like the rest of us do. 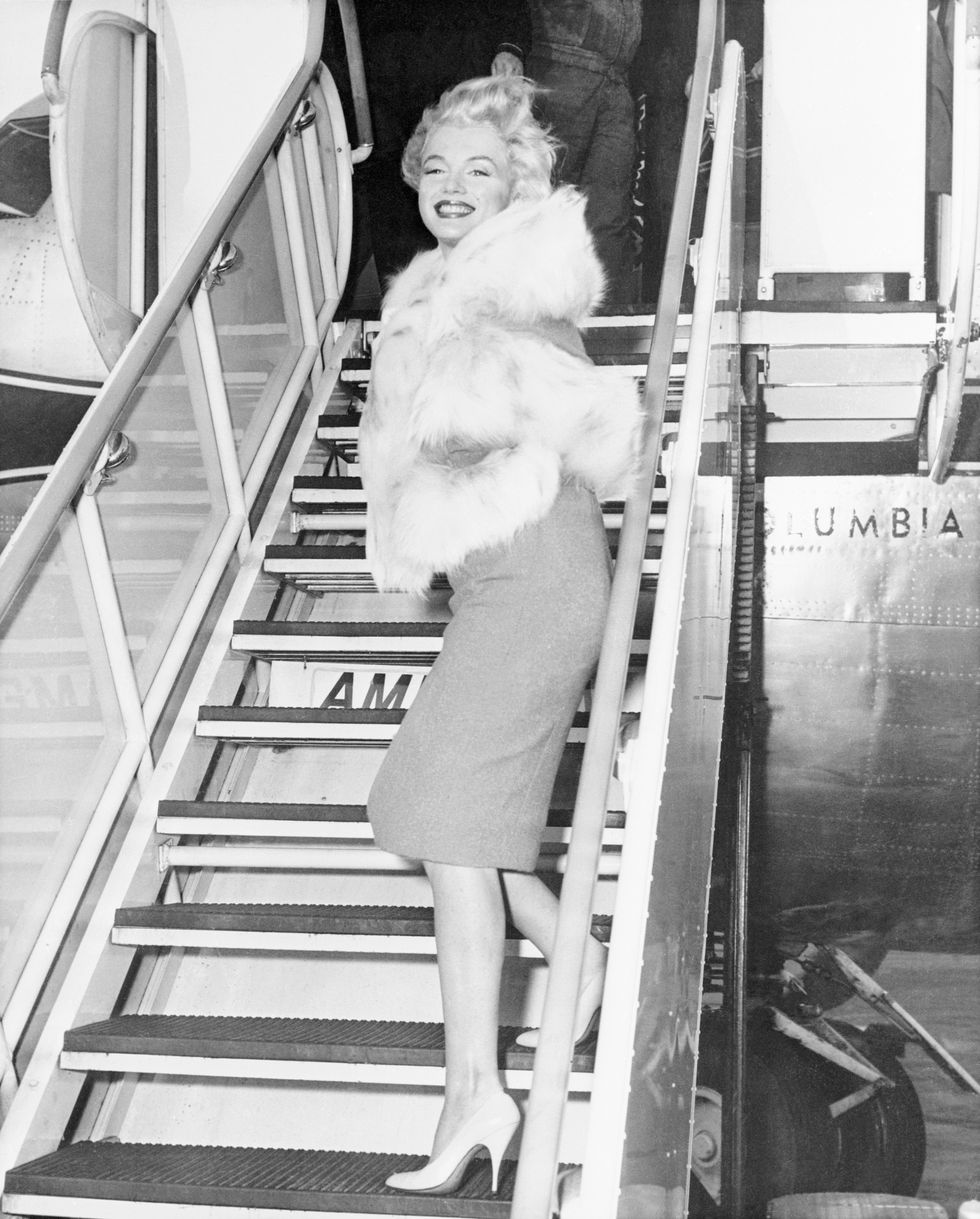 So as "Stars! They're just like Us™!" crept into our celebrity gossip lexicon, there was an increased demand for proof of this mantra. Enter: airport style, and the way we use it as a means to establish aesthetic norms and narratives for strangers whose work we like. Which is ironic, since the celebrity airport style norm has become the general rejection of style norms altogether. From the 29 Best Airport Outfits to Vogue's Celebrity Airport Style guide, no single person seems to subscribe to the same brand of casual wear, shoe choices, or affinity for fleece. Meanwhile, some still treat the airport as a runway.

But the beauty of an airport (an oxymoron, but hear me out) is the way it represents real life as opposed to a preview of the F/W 2017 collections. As Kourtney Kardashian is snapped wearing H&M to catch a flight and style guides name items like "black jeans" as travel must-haves, the true nature of the relation between celebrity and airports is being re-defined. When airplanes were reserved for the upper classes, it made sense to see famouses dressed as their glitziest and most glamorous selves. But not only is that not the case now (at least within reason -- flying is less of a novelty, but I still don't know many people who can just pack up and jetset without a seat sale), airports and airplanes have become less of a miracle than an experience and talking point we all share. 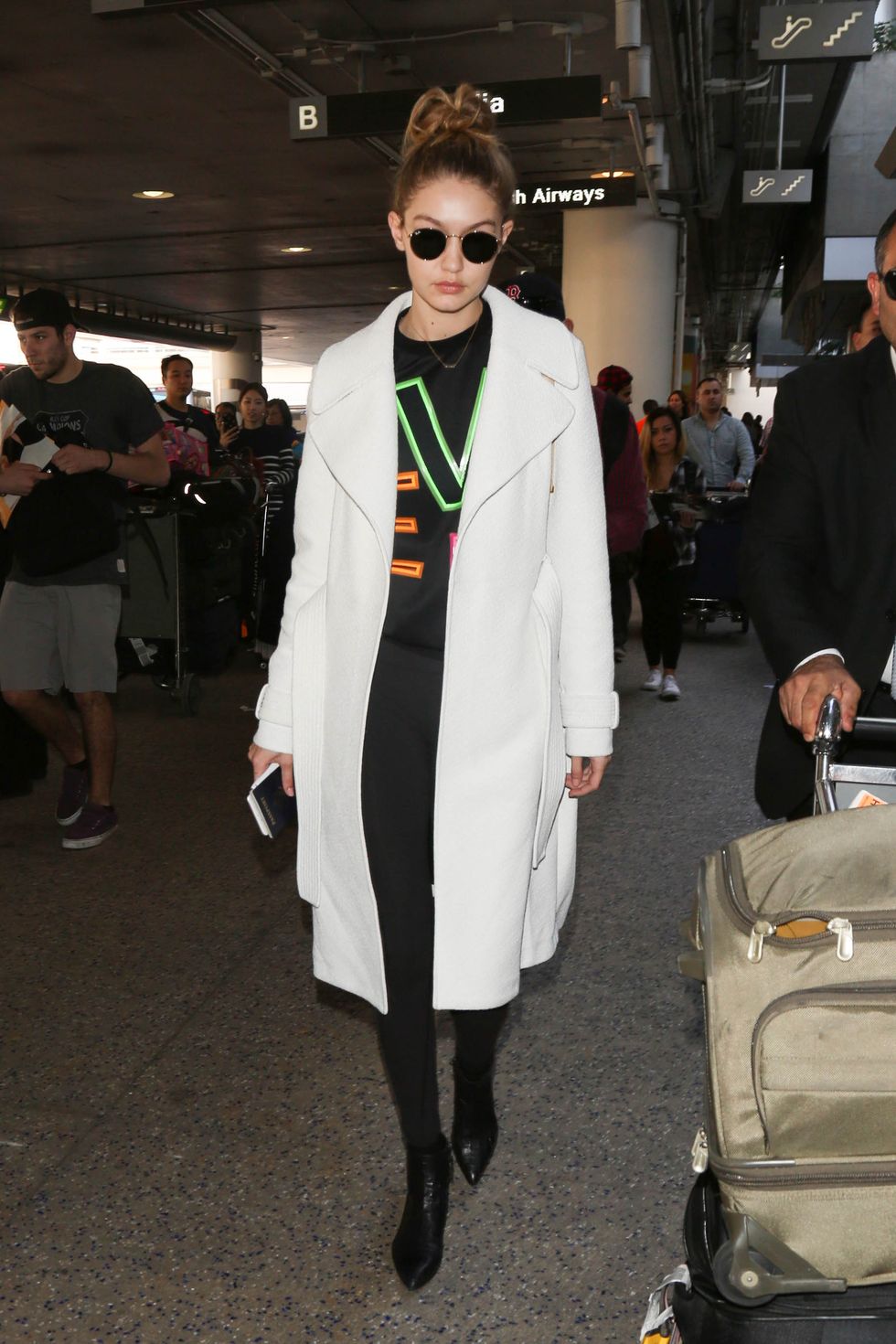 Last year, when two teen girls weren't allowed to fly after United Airlines deemed their leggings inappropriate, Chrissy Teigen called out UA for their double-standard, while Patricia Arquette slammed their discriminatory practices. Airports have become a public space that should honor every person, and a conversation we're all a part of--whether famous or not. And that means that airport style has become less about flaunting one's ability to dress well (or put labels together) and more about one's ability to dress in a way that reflects a shared experience. In terms of air travel, stars really are just like us: they get stuck on the tarmac, lose their luggage, and wear leggings. We may be urged to dress the way they do, but you could also argue that they're dressed like we are. 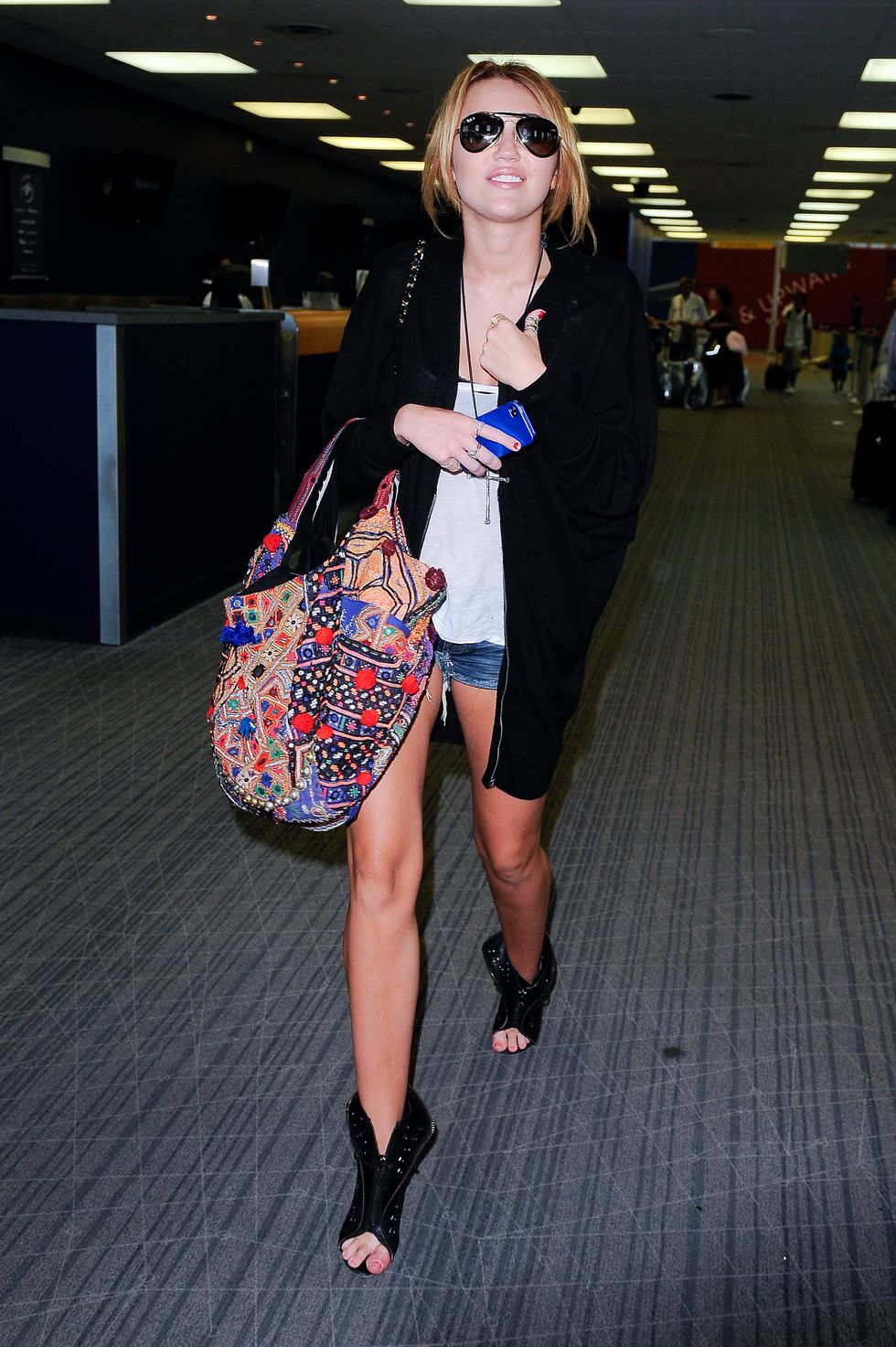 In fact, according to Gigi Hadid's hoodies or Kendall's black jeans or Miley Cyrus' running shoes, "airport style" has become less about fashion rights or wrongs, than it has about exhibiting humanness. Ultimately, in a plane, we are all leg-cramped disasters who start crying too loudly during an in-flight screening of Titanic. We're all just trying to look slightly together while sitting on a flying bus. Nobody's impressed by another person's high heels--we all just don't want to die.