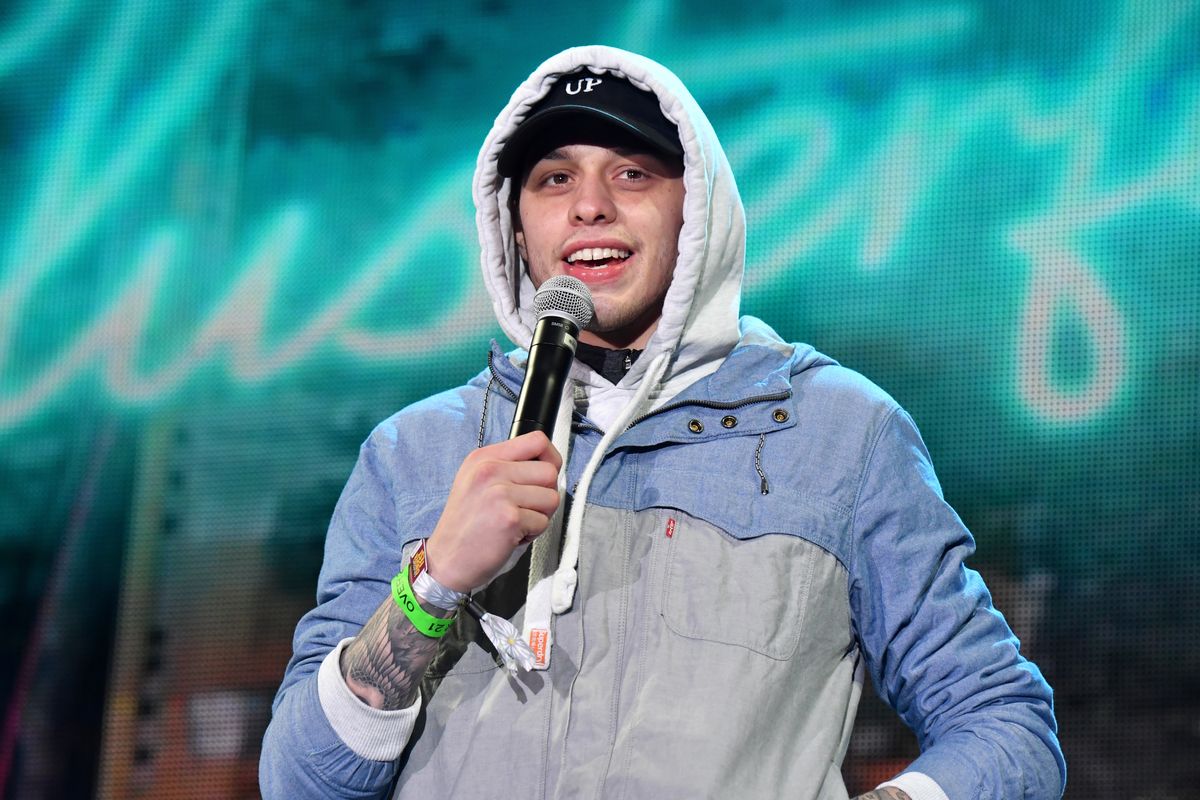 Pete Davidson is getting real about his breakup with Ariana Grande.

Recently, Davidson sat down with Charlamagne Tha God to talk about everything from wanting to become a dad within the next "five years" to his string of highly publicized romances with everyone from Kate Beckinsale to Kaia Gerber.

However, Davidson really got candid while talking about his brief engagement to Grande in 2018 — something he said was deeply affected by the passing of her ex-boyfriend Mac Miller in the September of that year.

"I think I said, like, 'I'll be here until you don't want me to be here,'" Davidson said. "I pretty much knew it was over around after that. That was really horrible and I can't imagine what that shit is like. That shit is just terrible."

And though Davidson said that he tried to be there for her, he also knew that it would be difficult to overcome, as "all I do know is that she really loved the shit out of him and she wasn't putting on a show or anything."

"That was fucked up and prayers to his family and all of his friends, still," he added.

And while Davidson went on to say that he still wants to be "cool" with Grande, he also squashed any potential speculation about a renewed romance by explaining he wants to be single at the moment.

"What can I say? I love love, but I'm pretty done with that. I'm going to try and stay away from that. It's just a lot," he said, before adding, "I think you grow a lot as a person. I've learned a lot from the awesome chicks that I've been with, and they're all cool."