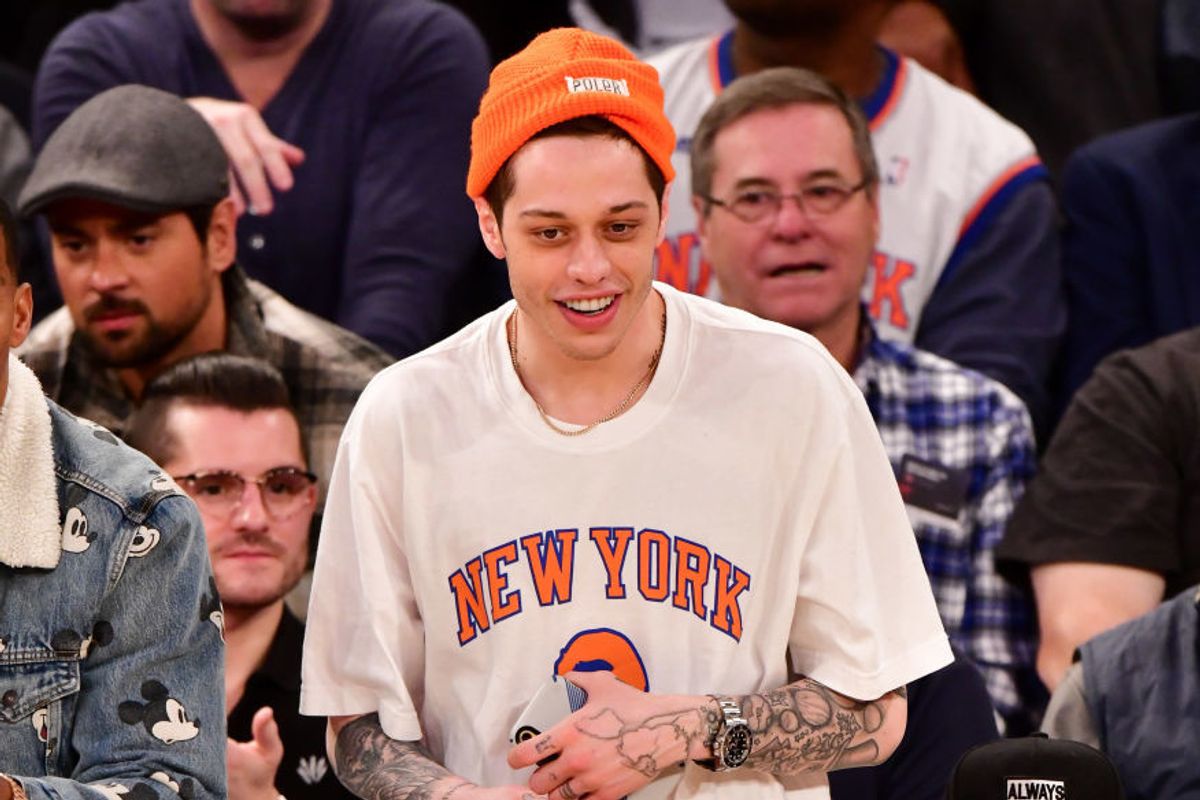 Pete Davidson Is Technically Living in His Mom’s Basement

Pete Davidson has never given a bad interview in his goddamn life, but the SNL comic's appearance on The Tonight Show With Jimmy Fallon last night was one for the books. Highlights include Fallon trying to remain calm as Davidson blatantly admits that the Mortal Combat franchise is paying him to be there, and Davidson's spirited recollection of that time he was forced to pick up Kanye West's tab at Nobu. ("It was fine, but it's not like it's Applebee's.")

The biggest reveal, though, is that Davidson is technically living in his mom's basement these days. Although things aren't as bleak as they sound! He says they purchased the house "together," even though "no one believes that." The bottom section house is his domain, while she dwells upstairs.

"I have like a basement that's mine, that's like an apartment, so I live underneath her," Davidson elaborated. "So I'm getting a little arcade set up down there. Trying to make it mine. I'm re-doing my whole entire thing." He also revealed that close pal and fellow comedian John Mulaney has instructed him not to refer to the basement as a "man cave." Good advice.

Watch the whole interview, below. (Sadly, the subject of Kate Beckinsale does not come up.)