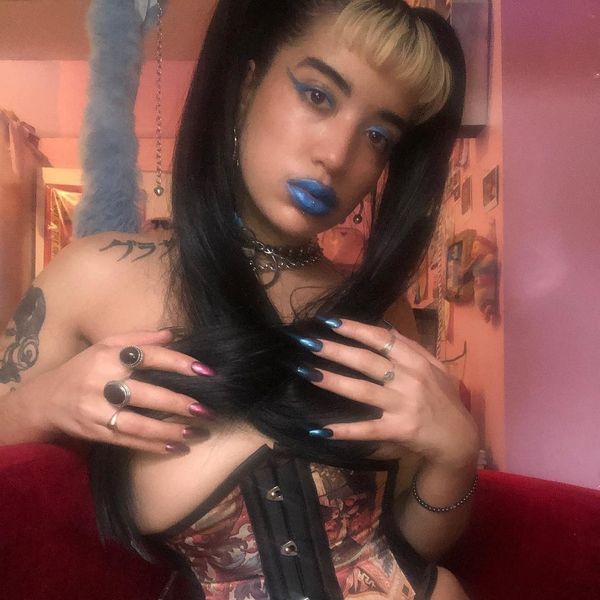 Young as they are, 21-year-old performer, DJ, and organizer Pauli Cakes is already a NYC nightlife vet — which means that, unfortunately, they know its systemic problems very well. Harassment and violence, especially for marginalized identities, is too often going unchecked, they say, and the issue is so pervasive, it's almost normalized.

"I've experienced a lot of crazy shit during my gigs, and I know I'm not the only one who experiences it," they say. "There's a lot of people who miss out on the beauty of going out and dancing because they have the anxiety of being assaulted and being targeted. Trans and queer identify people, POC — the anxiety that comes with wow, what if I get harassed, and no one's going to give a shit?"

At first, they considered making a public list outing problematic, abusive people. But instead Pauli Cakes is spearheading an effort for systemic change: They've launched a collaborative Google doc of resources for creating safer nightlife spaces.

It was, in part, through the creation of DisCakes, Pauli Cakes and She Marley Marl's new platform for radical love and self-expression, that the idea for the doc came about. One of DisCake's initiatives is party organizing; they realized the safety protocol they'd begun mapping out could be widely applicable.

"There needs to be a common core conduct, for both DIY venues and established venues, to look over while hiring staff and while throwing parties," Pauli Cakes says. "That's more than just, 'Oh, we're going to have an inclusive space, our space is inclusive' Because a lot of spaces use that as a buzzword."

Pauli Cakes recalls an event last year at a self-designated queer Brooklyn club where, when cishet men bombarded the stage and made them uncomfortable, staff refused to designate organizers with wristbands to avoid further issues.

In a more recent incident at another venue, bouncers followed Pauli Cakes and She Marley Marl into the bathroom, "and were peeking into the stalls and grabbing our arms." Later, after finishing their DJ set, "I went outside and one of the bouncers came to me and was like, 'You know your nipples are out, right? I should give you a ticket for indecent exposure.'" Again, Pauli Cakes says, staff at the venue, which purports to be "inclusive," would not help.

"There's a lot of people who miss out on the beauty of going out and dancing because they have the anxiety of being assaulted and being targeted."

The doc compiled by Pauli Cakes and collaborator Sermon 3, who lends to the effort extensive nightlife experience as a curator, host, and bouncer, includes guidelines for safer spaces, harm reduction and fire safety practices for DIY spaces, resources for reducing sexual assault and harassment, and a rundown of expectations for staff and security personnel.

The doc will only grow from here, and Pauli Cakes hopes for more perspectives to be included: Owners of DIY spaces, security workers, bathroom attendants (who Pauli Cakes notes are "disrespected so heavily and excluded from the conversation"), artists, and partygoers.

Anyone is free to add tips for improving conditions at clubs that, as the doc notes, "are grounds for assault, sexual harassment, patriarchal flexing, and blatant disrespect." In particular, however, they want to hear from marginalized folks, as they are disproportionately affected. Eventually, the information could be condensed and translated to zine format to then be passed out at clubs. And while it does single out NYC nightlife, the resources they're gathering could be applied to clubs and venues all over the world.

Corporate clubs, Pauli Cakes says, "drink from our fountain," profiting off queer people without taking effort to ensure safer experiences. They often also exploit them by handpicking elements of queer culture for promotion (Pauli Cakes notes the requirement at one club that you pay to be "glittered" before entering), without actively uplifting queer artists, performers, and organizers.

"This is really a reclamation after experiencing years and years and years of bullshit in nightlife," Pauli Cakes says. "Nightlife is a place where we can express ourselves freely, and people see that as an excuse to harass me and harass my friends. It's really beautiful to be able to reclaim that and take back these spaces that are taken from us by oppressive powers, and say, 'You know what? Fuck you. We're going to make these spaces about us again.'"

Check out the Securing Nightspace Info Exchange doc, and head to Instagram for details on the second DisCakes party, happening tonight in Brooklyn.