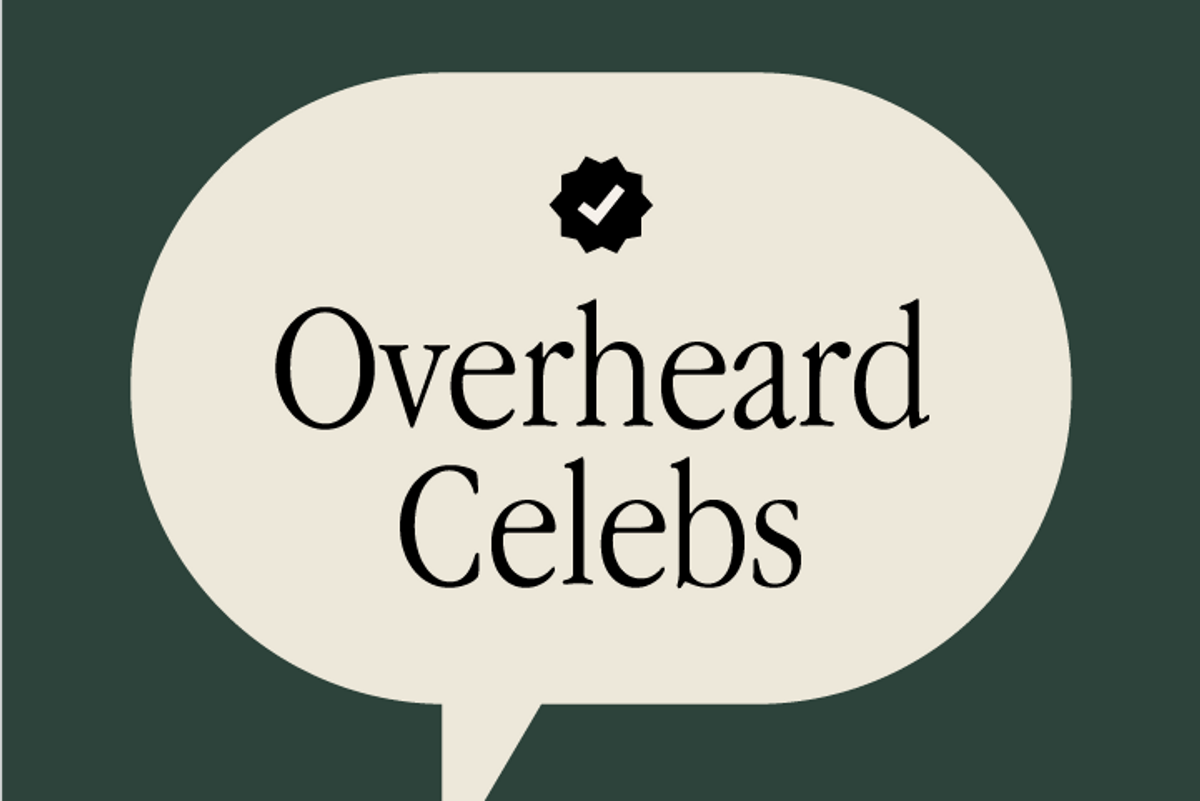 There's a lot of important shit to focus on and energize around right now — but it's okay to take some downtime, too. And pretty much the only good distraction in 2020 is reading weird, ultimately harmless rumors about celebrities on social media. (Thank you, Chris Evans.)

Co-created by pop culture and social media powerhouses Emma Diamond and Julie Kramer (of @CommentsByCelebs) and Jesse Margolis (of @OverheadLA), brand new account @OverheardCelebs launches today with a soothing barrage of celebrity encounter stories submitted by followers and friends. We're not talking TMZ-style cheating rumors, here. Instead, you're more likely to find out what Harry Styles orders at his local coffee shop.

Related | The Celebrity Tea Account Distracting Us From the Pandemic

"We are branding it as almost an anti-gossip journal, as we're not looking to have the typical 'gotcha' encounters frequently reported on," Diamond tells PAPER. "We're aiming for funny, random, lighthearted or feel good interactions that would typically never make it to the public sphere." Both admins hope to cultivate a "feel good vibe."

The submitted celeb stories are unverified, which is of course what makes them so fun. But, as Diamond notes, "many of the stories are so incredibly random that it would feel almost pointless to make them up." And they're written in a positive spirit. "Falsifying information is typically a tactic to make a celebrity look bad, and that isn't the direction of the content."

Related | Met Gala Fashion, as Told by the Comments Section

Some posts will contain more detail than others, Margolis points out. "If someone's handle is tagged in the caption there's a good chance it's a real story, as they're willing to stand behind it. Whereas if someone is anonymous, it may or may not be verifiable." Some stories will include user-submitted photos — take note if you're thinking of submitting your own story.

When designing how the grid would look, Diamond and Margolis came up with the idea of organizing the stories as an "online book." Each submission will have its own "chapter," which adds some Gossip Girl-style drama.

The submissions that have come through so far are the perfect combination of harmless and fun. "My current favorite is about someone at WME who got fired for putting a cup Brie Larson drank out of on eBay," Margolis says.