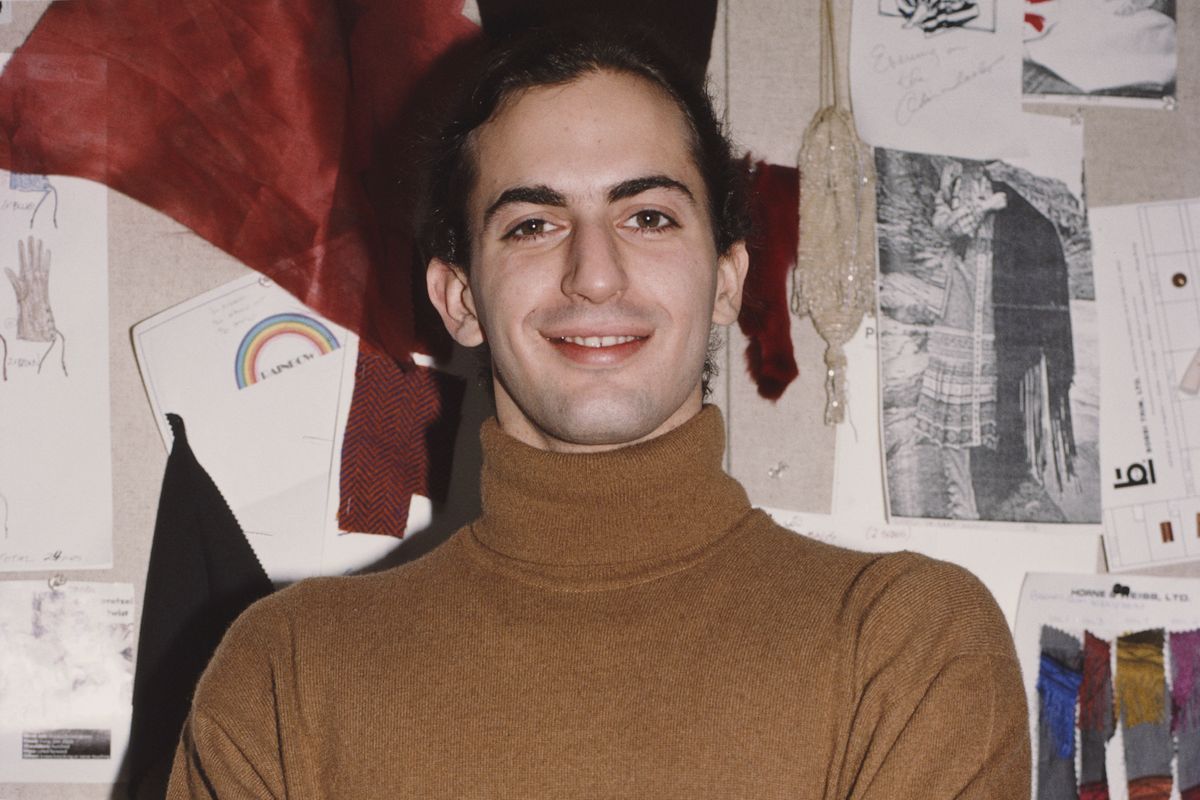 Marc Jacobs is one of the most prolific designers in American fashion — and thanks to a new archival Instagram account, everyone can revel in the highlights from his star-studded career. From Lady Gaga's gothic ensemble at his Fall 2016 runway show to a shoot where he "electrocuted" Rachel Zoe and an editorial of him dancing ballet with Naomi Campbell, all of these moments can live on forever thanks to @oldmarcjacobs.

Launched on October 1 this year, Old Marc Jacobs is the latest addition to the nostalgic, designer-focused Instagram accounts that have popped up in recent years. Tom Ford For Gucci, Old Céline, and McQueen_Vault have led this charge with archive-filled feeds, but the movement has largely fixated on designer-brand pairings that are far in the past. Enter Old Marc Jacobs, enthusiastically sharing everything from Madonna's 2009 Louis Vuitton campaign to Jacobs' 2012 'Pilgrim' shoes.

"At the time I started the account, I was thinking a lot about the current state of American fashion and how the fashion industry in New York has changed so much so quickly — even pre-pandemic," the anonymous owner behind the account tells PAPER. "Marc Jacobs is a rarity... a designer of his generation and influence that's still so involved in the work he creates. His show is also the only guaranteed spectacle left of New York Fashion Week. So, why not Marc!"

Jacobs' career endeavors have always been an extension of his persona, from Perry Ellis to Louis Vuitton and his namesake label. So far, Old Marc Jacobs has covered highlights from the designer's extensive collections, editorials and appearances over the last 32 years, but posts that spotlight Jacobs himself tend to receive the most engagement.

"I think that's so because Marc's a designer that bridges the gap between fashion and pop culture, and there's only so few designers who are recognizable in that way," said the user, noting how Jacobs has intrigued people through his visual transformations over the years.

"Recently, I had posted photos of a sequined minidress on Christy Turlington from the Perry Ellis Spring/Summer 1991 runway show, and Marc commented that it was Anna Wintour's favorite dress and shared in his Stories that two versions were made for her upon its debut at the time," says the owner, "which then caught the attention of an Anna Wintour fashion account, leading to the discovery of photographs of Anna Wintour wearing both versions."

Jacobs-clad celebrities, featured prominently in his ads and red carpet appearances, are also integral to the account. "The campaigns for [the] Marc Jacobs brand will always hold a special place in my heart as well," says the owner, "with insane casting — like Marilyn Manson, Cindy Sherman, Ryan McGinley, 11-year-old Dakota Fanning, Victoria Beckham in an oversized paper shopping bag and Sofia Coppola."

For now, there's no future plans for Old Marc Jacobs, aside from sharing the designer's most whimsical, bubbly and bold moments. The anonymous admirer plans on "taking it slow," and simply hopes people continue to enjoy their content. But will they ever put their faces to their account, like Diet Prada or Justin Friedman? "TBD."