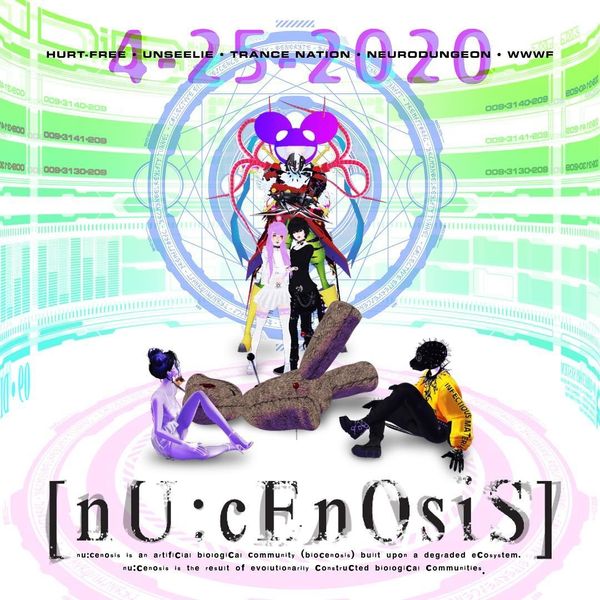 Who? Collectives/ event organizers Hurt-Free Network, Unseelie, Trance Nation, Neurodungeon and WWWF have all joined forces to throw the mother of all digital music festivals with Nu:Cenosis. Featuring five curated stages, the lineup for the fest includes some of the most exciting names currently dominating the underground club scene such as Doss, Kamixlo, LSDXOXO, Fire-Toolz, Kilbourne, Himera, Qualiatik, DV-i, John Frusciante and Venetian Snare's Speed Dealer Moms, Kurama and more.

When? April 25 on Twitch and in the Second Life-esque online social video game platform, Imvu.

Why Watch? Putting aside the fact that any one of these five lineups alone would be worth drooling over, Nu:Cenosis is probably the closest we're going to get to an edgy Brooklyn warehouse rave for quite sometime. From Hardcore to Hard Drum, the lineup pretty much has every base covered when it comes to highlighting some of the most experimental and exciting far-flung corners of the electronic music world. Plus the whole thing takes place in Imvu, so you can finally live out those anime cyber goth fantasies you've had since you first discovered DeviantArt all those years ago.