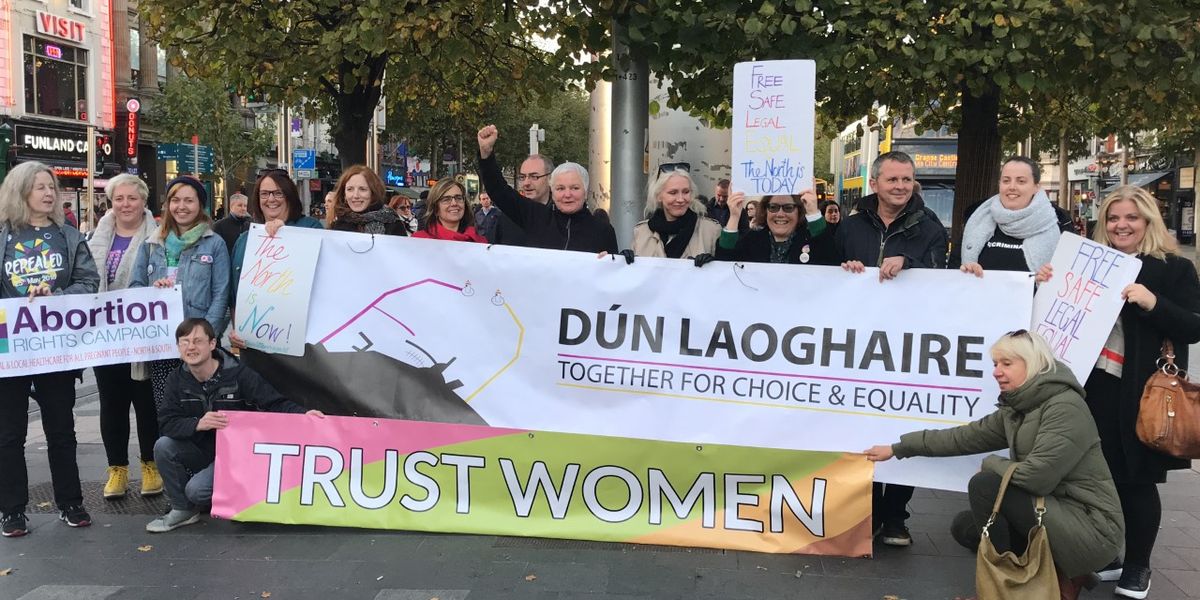 Today marks a historic day for Northern Ireland, as abortion has been decriminalized and the ban against against same-sex marriage has finally been lifted. The new legislation gives women and girls the freedom of bodily autonomy, and queer couples the freedom to marry.

The amendment was backed by Labour MPs during the summer to legalize abortion and same-sex marriage in Northern Ireland, and the Westminster Parliament voted overwhelmingly in favor of changing these laws. Per a report from The Telegraph, the change in the abortion law passed the House of Commons by 332 to 99 votes, and the legislation would officially pass under the circumstance that Northern Ireland's devolved government was not restored by October 21.

Previously, abortion was only allowed in Northern Ireland if the pregnancy could cause serious long-term damage to the mother's physical and mental health, while restrictive bans were placed on all acts of termination otherwise. This meant that even in cases of rape or incest, women were forced to either carry the pregnancy to term or risk criminal prosecution by traveling overseas for the abortion, purchasing abortion pills online, or even risking their lives by going to illegal abortion clinics. However, under the new legislation, gone are the days of the draconian British laws from 1861. According to the Belfast Telegraph, Stella Creasy of the Labour MP said in a statement, "When it comes to being able to make decisions over their own bodies, women and girls in Northern Ireland will no longer be threatened with the criminal law."

Until abortion services are officially set in place on March 31, 2020, anyone who needs an abortion in Northern Ireland will have to travel to England, with accommodation and costs of termination fully paid for by the British government. And for those who order their abortion pills online can now seek advice and aftercare services from medical professionals without the fear of being reported to the authorities.

Northern Ireland took a big step forward in women's rights, but it also confirmed its stance on marriage equality. Until today, Northern Ireland has been the only part of UK that didn't allow same-sex marriage, ever since the equal marriage law passed in 2014 in other parts of the region, The Sun reports. Marriage equality regulations will be made by January 13, 2020.