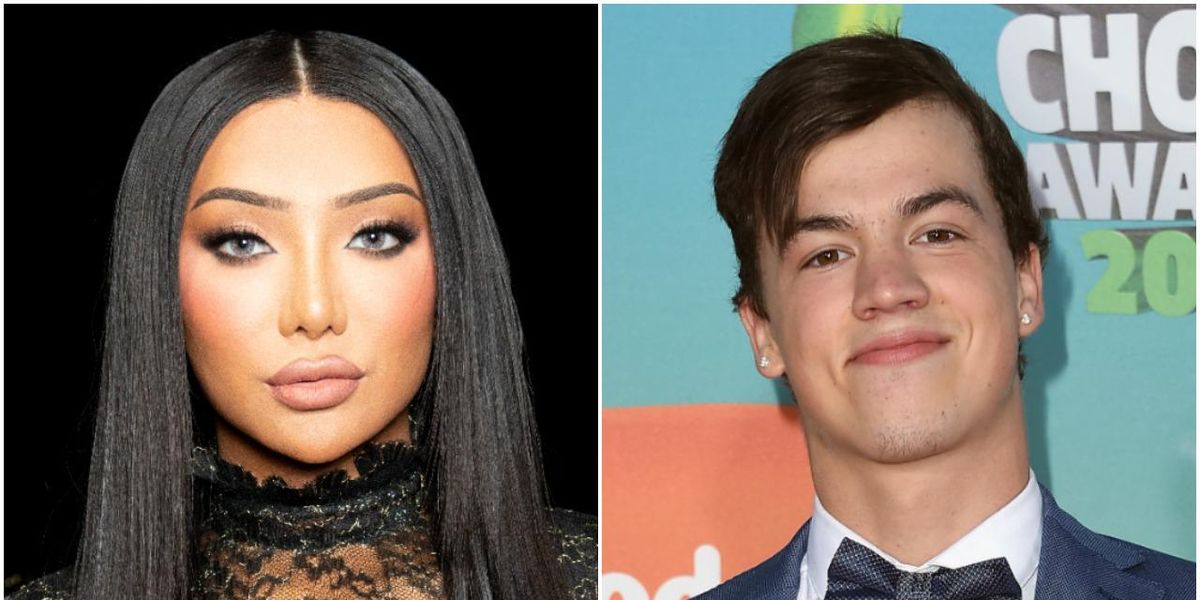 According to reports, it all started on Tuesday when Taylor posted clips of the beauty YouTuber leaving a club with two men by her side. In the footage — which was uploaded to his "close friends" Instagram Story — the former Vine star can be heard misgendering her and telling a group of men that she was "a dude," despite the fact that Nikita has been openly trans since 2015.

"My boy's hooking up with a guy...," Taylor says in one snippet. "And I tell the security guard...'Bro, like, it's none of my business but...Did you guys know that that's a dude?'"

Taylor then went on to continue, "They looked like I threw a stun grenade in the back of the security lounge. They were like 'Bro, what?' and I was like 'Yeah, that was a dude,' and they could not believe it."

Naturally, the leaked clips were met with widespread criticism online, eventually leading to an emotional IGTV broadcast from Nikita later that day about his transphobic remarks and decision to out her.

"This is what it's like to be trans," she says, explaining that while she was "embarrassed to even be showing this video," she felt like it was important to show that these kinds of hateful incidents are an unfortunate everyday reality for trans people.

"My livelihood is constantly threatened by just living my life as a trans person," Nikita added, before referencing the epidemic of violence against the trans community, as well as the immense toll these types of attacks have on their mental health.

"This is how trans people die," she continued. "We must stop trans hate because it leads to trans violence and people lose their lives or even worse, they take their own lives because experiencing things like this just breaks my heart."

Despite all of this though, Taylor was apparently unfazed by the backlash in a response video where he's seen fake-crying to Daniel Powter's "Bad Day." But if that wasn't bad enough, Taylor then hopped onto Instagram Live a little bit later to blame the entire thing on his "close friends" who shared the "joke" clips for "clout."

THIS SHOULD’VE STAYED IN YOUR DRAFTS: Taylor Caniff responds to being exposed for making transphobic comments about Nikita Dragun on stories posted to “close friends” by sharing a video of himself pretending to cry while listening to the song “Bad Day.” pic.twitter.com/ya2271Jo6X

2ND HAND EMBARRASSMENT: Taylor Caniff does live addressing the transphobic comments he made about Nikita Dragun. Taylor blames people in his “close friends” for leaking the footage, and later says he reached out to Nikita to apologize. pic.twitter.com/jX26axd1PS

And though he also went on to add that he'd already privately reached out to Nikita to apologize, the Dragun Beauty founder obviously didn't take kindly to Taylor saying she was "doing this for clout" and pointed out that he's also a member of the LGBTQ+ community as a bisexual man.

"sit ur TRANSPHOBIC ass down," she said, before going on to reiterate the very real dangers she is subject to as a trans woman who "fears even being around a man," as well as the risks the man she's involved with now faces.

Nikita concluded, "it's sad i even gave u any kind attention."

See her latest response, below.

this man is on his live saying i’m doing this for clout and he’s bisexual... sir u haven’t been relevant since magcon. sit ur TRANSPHOBIC ass down. it’s sad i even gave u any kind attention @taylorcaniff

i fear even being around a man as a trans woman. let alone date one publicly. his life now is at risk for being involved with a trans woman. it’s so sad.