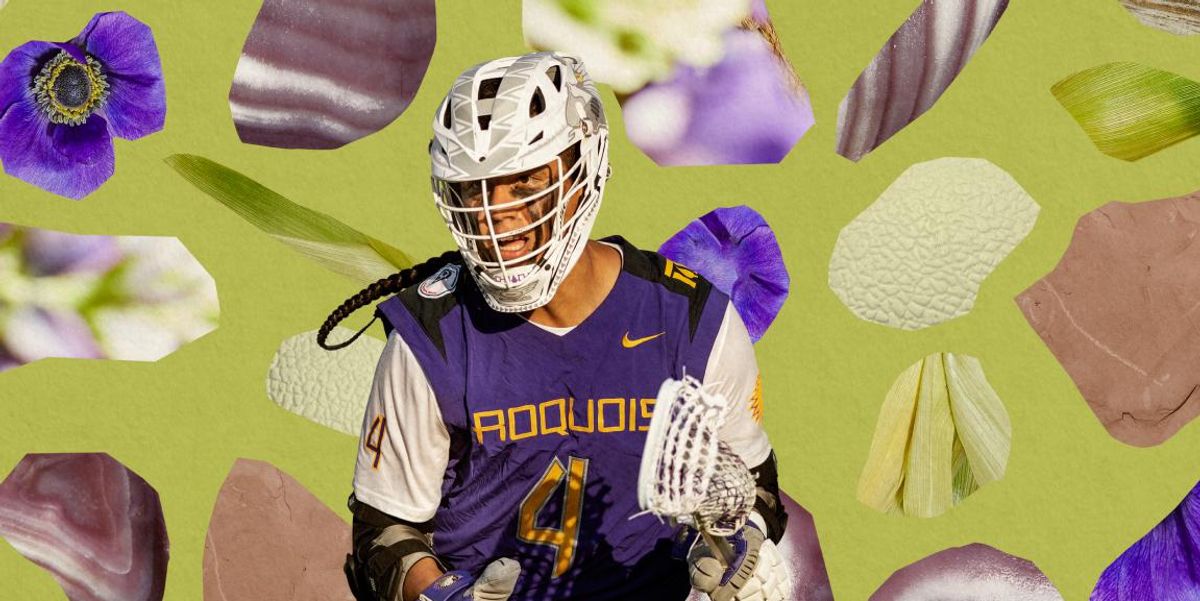 This article is a sponsored collaboration between Nike and PAPER

Being Ingenious is not a monolith. There are attributes that tie Tribal Nations together, of course, but each have their own unique traditions and iconography. From patterns and colors to materials and techniques, the designs are steeped in history and values; they tell a story of pride.

This is exactly what Nike celebrates with its seasonal N7 Collection. Since 2009, the sportswear giant has tapped leaders, luminaries, and rising stars from different Ingenious groups to imbue aspects of their culture into the brand's signature sneakers. This year, for Summer 2021, three Native American athletes have joined the roster: Lacrosse player Lyle Thompson from the Onondaga Nation, volleyball player Lauren Schad from Cheyenne River Lakota Nation, and Madison Hammond, who is part Pueblo and Navajo. Taking the Dunk Low, the Air Zoom Type, and the Kyrie Low 4, each of these burgeoning talents have added details—from star quilt patterns to stitching that reflect the porcupine quills used to make medicine wheels to the deep purple found on wampum shells—to create kicks that are as hella cool as they are celebratory of their ancestral artwork.

These three burgeoning stars have all achieved success in their respective sports, winning titles and trophies, shattering glass ceilings, and attracting legions of fans along the way. And they have used their platforms to spread a message of confidence in one's culture, representing each of their Nations with grace and dignity on and off the field. In a society that for too long has tried to undermine their traditions, and with very little representation of Native Americans in the media, Thompson, Schad, and Hammond are steadily changing the status quo. And by collaborating with Nike on the N7 Collection, they are not just expanding the visibility of their communities even further, but showing that being Indigenoous is not confined to one definition.

What's more, Nike has awarded more than $8 million in grants to more than 270 communities and organizations through its Nike N7 Fund, which is administered by the Charities Aid Foundation of America. You could definitely help spread the message by getting your hands on a pair or two. But before you do, get to know the players changing the game in more ways than one.

Lyle Thompson was effectively born with a Lacrosse stick in his hand. "We pick up the game really young," he says. "We always hear us say that it's more than a game. And I've learned so much about our culture, because they are intertwined."

The time-honored sport, founded by Indigenous peoples of North America, is indeed ingrained in Thompson's heritage. It's a sentiment that he doesn't take lightly; his myriad medals from international competitions and MVP title from the National Lacrosse League are proof. And because he has garnered notoriety through Lacrosse, he makes it his mission to represent the motifs of the Onondaga Nation in every way possible. When it came time to tackle the Dunk Low, Thompson added the purple color scheme to reflect the hue found on the wampum shells that make up the Iroquois Confederacy flag; and the braid detail on the heel counter and around the logo, which nods to the hairstyle worn by his people.

"Outside of Lacrosse, it is important to show the Native successes that are out there, and make sure that we're being heard and being seen, because there are so few of us," he says. "It allows us to be an inspiration to the next generation."

Lauren Schad is a big believer in pushing boundaries, in stepping outside the proverbial box and owning one's greatness. "Being your confident self is already breaking those stereotypes people might have," she says.

From an early age, Schad knew that she excelled at volleyball—a sport that, until today, has very little Native American representation. Her aptitude brought her to the University of San Diego, where she led her team to two NCAA Tournaments; and then to the pro team in Nantes, France, where she has stepped on many a winners podium. And though her career has taken her far from her tribe, the values and styles of the Cheyenne River Lakota Nation continue to inform all that does.

Her design for the Air Zoom Type, for example, features red, black, and white embroidery lining an oversized swoosh swoosh, which reflect dyed porcupine quills wrapped on the sides of the tribe's medicine wheels.

When Madison Hammond joined the Washington's OL Reign, she understood that she had a lot more riding on her shoulders than providing the best defense possible. Indeed, she is the first Native American to play in the National Women's Soccer League. "I had a lot more responsibility than just being an athlete," she says.

Hammond is part Pueblo, Navajo, and African American; she is a melting pot of different cultures, all of which form one unique stew. It's the same recipe she brought to her design for Nike's Kyrie Low 4, which is named after Kyrie Iriving, the NBA player whose mom is from the Standing Rock Sioux Tribe. "His journey with his Indigenous roots and rediscovering that is something that I really relate to," she says.

Hammond added a star quilt pattern in kaleidoscopic colors to create a sneaker that was informed by her culture, but also expressed her unique personality. "What makes Indegnious culture so beautiful is that there are so many different backgrounds," she says. "We all have different stories."