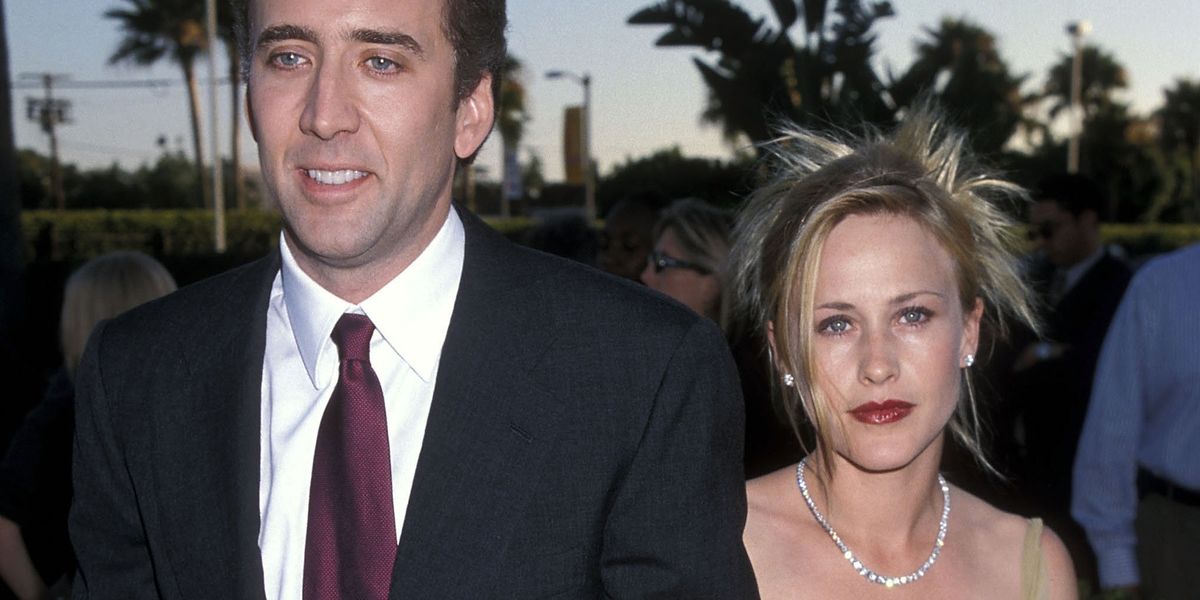 Nicolas Cage met his wife-to-be, the actress Patricia Arquette, in "Jewish heaven." At least, that's how some have come to describe Canter's Deli, the L.A. hotspot which has served up corned beef sandwiches to everyone from Marilyn Monroe to Madonna.

Within hours of their meeting in 1987, 23-year-old Cage proposed to the then 18-year-old. Arquette declined, but seeing his passion, sent him on a Princess Bride-level quest. She dashed off a list of artifacts she wanted him to source then and there, including, but not limited to, a wedding dress from the Lisu tribe in South East Asia, "J.D. Salinger's autograph, a black orchid and a Bob's Big Boy statue — a Caddy-size piece of fiberglass sculpture," according to a 1995 Rolling Stone article.

He turned up to her house the next day with a signed Salinger letter from an autograph shop. Day two he returned with a flower and a can of paint. "I peek out the window and there he is with a purple orchid and a black spray paint can and he's spraying it," she said.

"I almost got the Bob's Big Boy last night," he told her, citing the giant fast food sculpture that would have been chained to the ground. "I'm going back tonight with the right tools."

"Look, stop," said Arquette. "I'll go away with you." The plan was a getaway to Cuba, but they only made it as far as Mexico. Much like the infamous "Airport Jail?!" scene in 1992's Honeymoon in Vegas, there was a mix-up with their airplane tickets and Cage had a public meltdown to rival the one in — well, choose any of his movies. Vampire's Kiss? They split. Arquette later told Rolling Stone that their separation was because "his success was scary to me — I couldn't touch him." Cage was unhinged.

The overactor and real-life meme had previously tried to impress a girlfriend at Canter's by throwing a ketchup bottle against the wall. "Back then, I was living out my fantasies of what I thought an exciting man should be," he told Rolling Stone in 1999. "I wanted to be unpredictable and frightening, and I guess I was. I mean, Patricia says that at the time I was pure testosterone. I can't really imagine myself getting that angry now. I haven't punched a wall in years."

In March of 1995, eight years after their three week whirlwind romance, Cage returned to Canter's Deli for a 2 A.M. snack. Arquette was there and a Nora Ephron moment ensued. Arquette had a change of heart and, this time, she proposed to the National Treasure star. "When she showed up at my house dressed head to toe in black vinyl, carrying a big purple wedding cake, I knew I was with the right woman," he told Rolling Stone. Two weeks later, the couple got hitched in a 10 minute ceremony with Carmel, California's former chief of police, a lady preacher and a raft of otters as witnesses. He wore a dark suit. She wore a leopard-print jacket. They rode away in a blue Ferrari and off into the sunset.

They kept quiet about the marriage, separating on January 10, 1996, and officially divorcing in 2000. "There were times when we weren't living together because we were fighting, but it wasn't as reported and I didn't feel that I needed to explain that," she told The Telegraph in 2015. "It was our thing. I still don't feel like I owe it to anyone. It's funny when people are so wrong, and they put you in this position and decide who you are."

At the very least, Arquette got a signed J.D. Salinger letter out of the deal. Cage, bit by the bug of collecting rare items, outbid Leonardo DiCaprio for some illegal dinosaur bones.