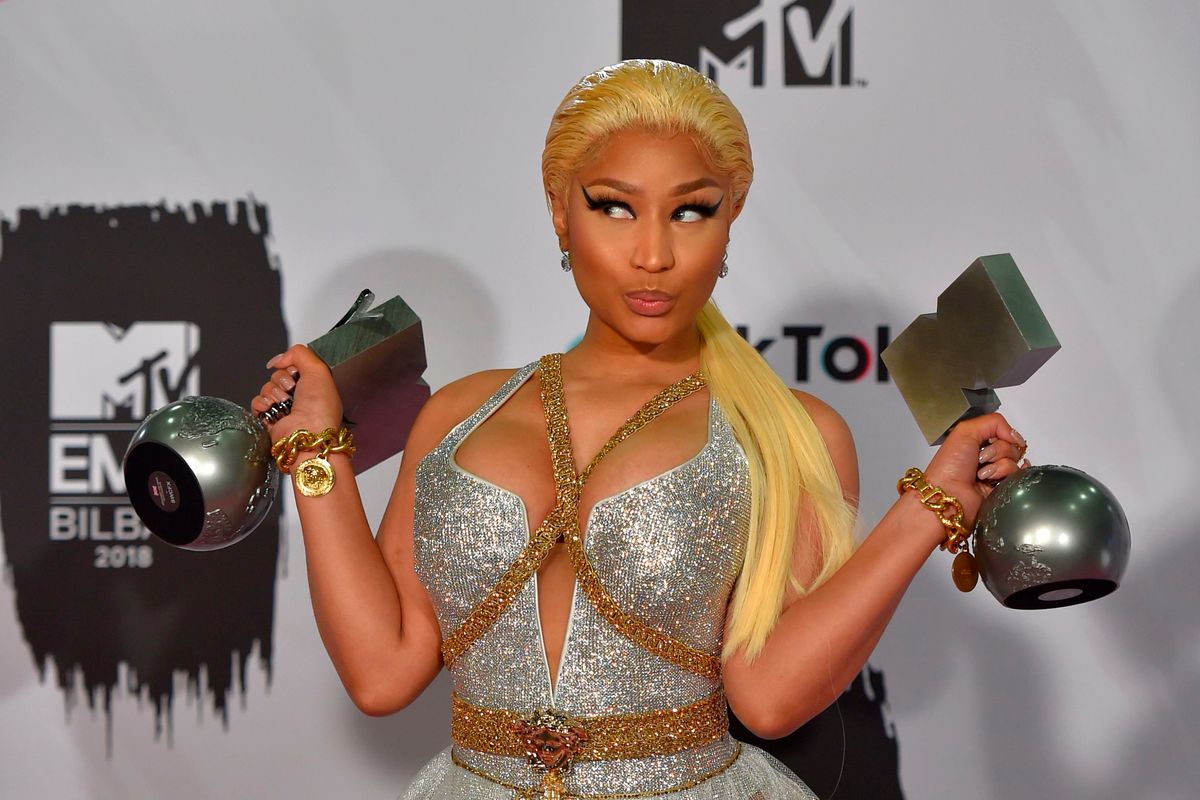 Nicki Minaj has sent fans into a flurry thanks to a few pointed comments that appear to hint at a potential pregnancy.

On Thursday, the star hosted a Twitter Q&A, in which she addressed the speculation that she "whispered" about the pregnancy on her recent remix of Doja Cat's "Say So."

In response to a fan who asked if she really was pregnant, Minaj said that while "there are def a few hidden messages in the remix," only her "best babies will unlock the secrets."

Minaj then continued to feed into the speculation by talking about how she's been experiencing cravings — something that prompted another person to ask if she was dealing with morning sickness.

"Lmao. No throwing up. But nausea and peeing non stop," she said, before adding, "Omg what do u think this means guys???? Lmaooooooooooo."

Not only that, but after requests for a "baby bump pic" began flooding in, Minaj said that they'd have to a "couple months," as "the world ain't ready yet."

Granted, the star does have a history of teasing her fans with pregnancy hints. That said, if it does turn out to be true, this would be her first child with husband Kenneth Petty.

Minaj has yet to officially confirm the news but, in the meantime, you can see her tweets for yourself, below.

There are def a few hidden messages in the remix. Only my best babies will unlock the secrets. 🦄😆 https://t.co/fSBE0tbO4g

Absolutely. Steak. Shrimp. Plus my famous cheeseburgers. So good. Been rlly having red meat cravings then salad cravings with extra jalapeños. Ordered Chkn nachos that didn’t come w/jalapeños. Who does that? Wow. https://t.co/8QuYvSanMz

Lmao. No throwing up. But nausea and peeing non stop. Omg what do u think this means guys???? Lmaooooooooooo https://t.co/NLxdgw01fD