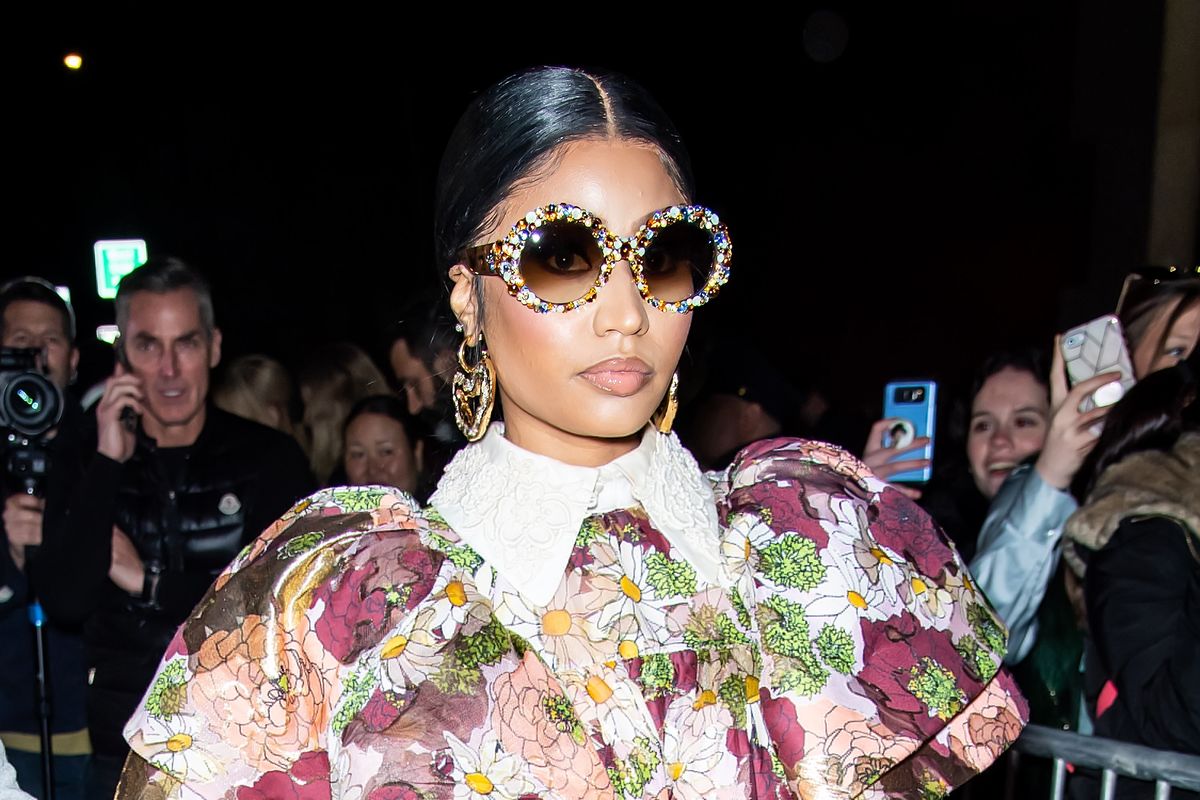 Barbz everywhere are smashing their keyboards in excitement at the prospect of a sequel to Nicki Minaj's 2010 debut epic Pink Friday, and this time, they might have good reason. The Queen of Rap teased her fans in a three-character tweet today, but that was all they needed to get hype: "PF2" could be coming.

Like clockwork, Barbz managed to get Nicki trending on Twitter again this week after the hype surrounding her vague tweet, "PF2," went viral this afternoon. Speculation has been swirling for months now surrounding the supposed follow-up to Nicki's 2018 album, Queen, with her promotional single "Yikes" doing well on TikTok and prepping stans for a big comeback. The unnamed fifth album is truly one of the most anticipated records of the year, with absolutely zero word on when it will drop — only occasional teases from the Nicki and a collab with Tekashi 6ix9ine for "TROLLZ."

This November will mark the ten-year anniversary of Pink Friday, the album that propelled Nicki Minaj into the mainstream and spawned countless charting singles. The critically-acclaimed record has always been a point of nostalgia for fans, with references to her alter egos Martha and Roman Zolanski littered throughout the era and elevating her persona to new campy heights. Understandably then, Barbz got beyond hype at the mere thought of a revamped version of the early 2010s era of pop-rap blends and fiery bars.

Pink Friday started trending on Twitter soon after Nicki's tweet started making the rounds on updates accounts, leaving many wondering if her previous tweet has something to do with the speculated record: "MEMORIES," with a green checkmark. Regardless of what it means, if anything, most Barbz are just happy to see Nicki active on social media again — please, no more hiatuses.