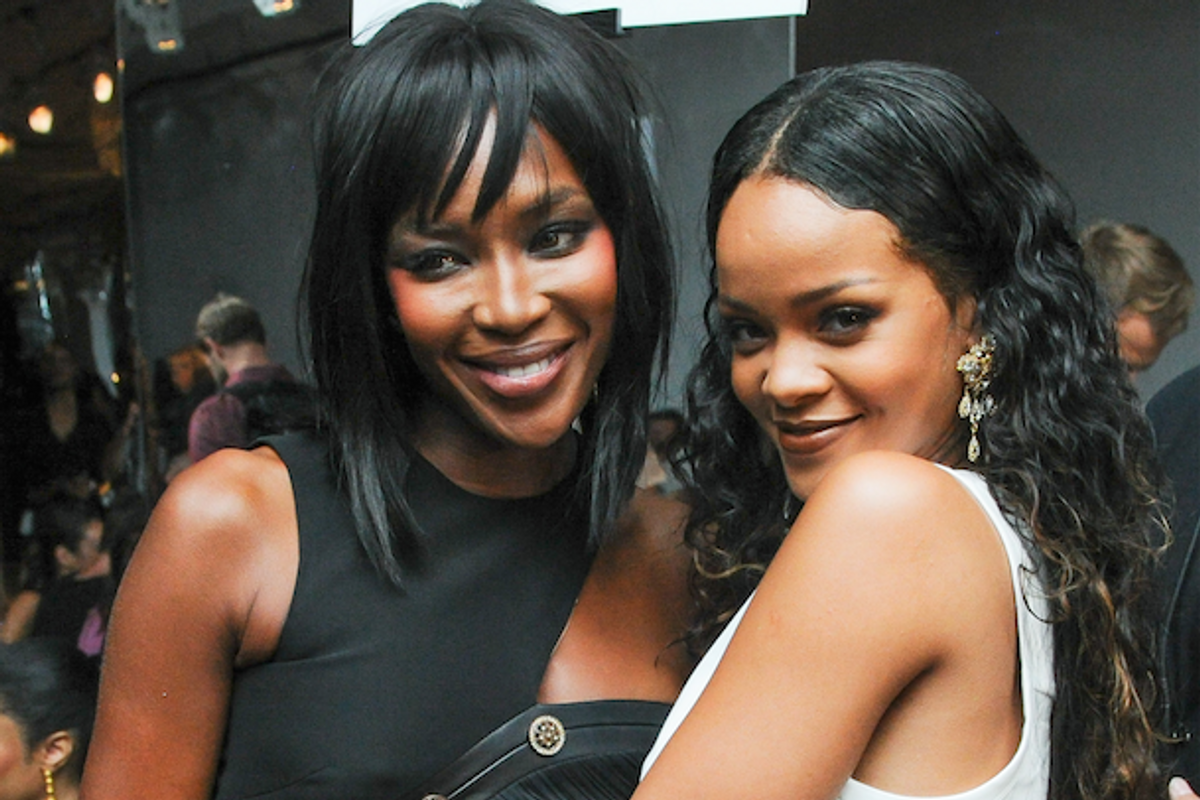 Naomi Campbell Definitely Has Beef With Rihanna, Weighs in on Gigi and Kendall

Way-oh! Naomi made clear that she is really, really not into Rihanna by *denying* that the two had any kind of bad blood during her stint on Watch What Happens Live! and I'm living for it. Beef bourguignone is served!

A woman after my own heart wrote in to the show to ask why Naomi and Rihanna had unfollowed each other on social media and asked if everything was ok. Naomi, in her voice that sounds like rose-scented water cascading down the diamond-encrusted rocks in a tropical paradise, responded "everything's fine" and winked. WINKED. Then it gets even better.

"I'm an actress now, Andy," Naomi continued, before saying she definitely doesn't have beef with "black women who are powerful" because they're "all doing the same struggle." Maybe that's generally true, but the supermodel made it clear it's definitely not the case with her and bb Rih.

Andy Cohen also pressed his guest about models-of-the-moment Gigi Hadid and Kendall Jenner, who have amassed a combined Instagram following of over 200 million and whether that has made it easier for them to rise to the top.

It is easier," Naomi explained, after speaking on how her and other 90s icons like Kate Moss didn't have the Internet to boost popularity. "You have more of a reach."

Naomi isn't the first supermodel to discuss whether the likes of Kendall and Gigi's validity in the fashion industry hinges on their follow count, Stephanie Seymour famously branded the duo "bitches of the moment" and Rebecca Romijin also discredited their rise.

Let's be real, though, what we care most about is what went down with Rihanna and Naomi – what I wouldn't give. Watch the whole interview and analyze the twitches in Naomi's immovable forehead below.