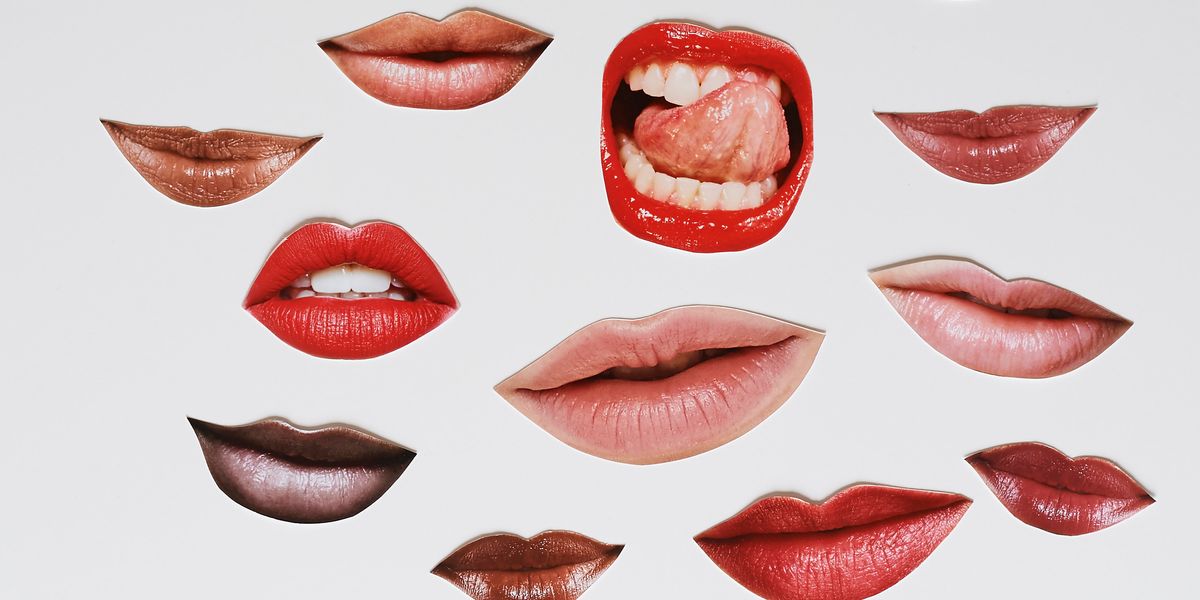 The first time I had my lips injected with Juvederm — better known to the masses as "fillers" — my doctor asked if I wanted something subtle.

"Of course not," I told him. "I'm not getting hyaluronic acid pumped into my lips so that people won't notice it."

Like anyone with an Instagram account, I'd seen my fair share of influencers tagging their go-to dermatologist in gushing sponsored posts gushing about their fillers. I'd seen actors, musicians and drag queens return from a brief social media hiatus with mysteriously fuller lips. And, most compellingly, I'd seen fellow trans women managing their dysphoria with fillers as an alternative to more permanent surgical enhancement.

Juvederm, the most popular filler on the market, is used to fill and plump different areas of the face. Unlike other injectables, its gel consistency can be molded to create a fuller look that both appears and feels natural. Juvederm and other products like it can be used to fill laugh lines and crow's feet, but its most popular use is to plump everything from cheekbones to sunken under eyes... and, most famously, lips.

In my case, it wasn't that my lips were too small. I actually think my natural lips are on the plump side. But almost three years into transitioning, I hadn't done anything more dramatic than getting bangs to alter my face. Of course hormone replacement therapy had softened me out, redistributing fat to soften my features, but as more and more girls around me went under the knife, I was starting to feel left out. I wanted some kind of dramatic, visible change. I wanted to look in the mirror and immediately see that something about me was tangibly different.

The process of actually getting fillers was both quick and relatively painless. My doctor used a topical numbing agent on my lips, but still he was impressed by how little I flinched when he repeatedly shoved a large syringe into them.

"I stick a needle full of estrogen into my thigh every two weeks," I deadpanned. "I'm good, babe."

In the days following my appointment, my lips were so swollen that I couldn't rub them together to properly distribute lip balm. I was in love. For the first time in my life, my lips were huge — Angelina Jolie huge, Liv Tyler huge, Amanda Lepore huge. I couldn't stop taking selfies, despite having a black eye from the botox brow lift I'd also gotten. Even after the swelling went down (devastating), I was obsessed with the results. My lips finally looked the way I overdrew and Facetuned them to be: permanently pouty, with a rounded cupid's bow.

I'm far from alone in my experience. "I always Facetuned my lips a little bit bigger, and that's what I wanted," says Jordan Stawecki, a New York City club kid and twink about town, now living in Los Angeles. Stawecki first got his lips filled during Pride in 2018; he went directly from his doctor's office to Ladyfag's queer music festival Ladyland. "I always wanted the pursed lips Lana Del Rey has... but bigger... my face is already a little bitchy, but the pout helps," he adds.

Biblegirl666, a LA-based drag queen known for her pouty lips, first got fillers in 2016, even though her lips weren't something she'd ever been insecure about. "But after my second or third time doing it, I started to realize that this helps reframe my face and helps everything sit a little better, and makes me feel better about myself and where I focused insecurities with my skin," she says. "I realized with something as minute as a change in my lip size, it was a more positive distraction. You save up your cash and you can obtain a small but worthwhile goal."

Dr. Nikhil Dhingra, a dermatologist at Spring Street Dermatology in NYC, has seen a marked increase in requests for lip fillers over the past two years, especially with younger clients.

"Younger people either don't have the budget for something like surgery or the downtime [to recover], or are hesitant about doing something more permanent," Dhingra says. "Fillers are very low commitment: if you hate it, it's dissolvable, relatively affordable, and it can be done conservatively rather than overdoing it."

Not that everyone is looking for subtlety. For Biblegirl, "the first pump was the deepest, for sure. I had a fat lip... I was juiced." Stawecki also went big his first time, although he says doctors in New York are more inclined to aim for a natural look and will advise smaller amounts of Juvederm.

For his most recent touch up, he had a syringe and a half split between his top and bottom lip. (Dr. Dhingra says that on average he'll use half a syringe of Juvederm on a patient.) "I want to look like I just got stung by a bunch of bees," he laughs.

In the months following my first injection, my lips became the star of the show. I started to notice that I led with them — that I was always conscious of their perma-pucker. I was now a girl with big lips before anything else. When men slid into my DMs (or my Grindr messages), my lips were the first thing they complimented. For my touch up appointment in May, I decided to go even more dramatic, with a full syringe in each lip — there was a movie premiere involved, and I had to stunt.

Even the people I least expected to notice the change started asking questions. At a family BBQ over the summer, my aunt paused from flipping turkey burgers and confronted me. "Have you... done something to your lips?" she asked. "They're huge."

Stawecki confirms: "It's a conversation starter, for sure."

And not always a positive one. As with any sort of cosmetic enhancement, the advent of fillers has been met with criticism, some of which is grounded in the health risks they present. While side effects like swelling, bruising and infection are common and short-lived enough to be negligible, more serious side-effects do exist. A paper published in 2017 found that around 50 cases of blindness as a result of dermal fillers had been reported — the blood vessels around the nose and eyes are "in continuity" with retinal blood vessels.

My most pressing reason to consider not getting juiced was a bit more personal. When I told my mother I planned to get fillers, she absolutely lost it. "What are you, crazy?" she screamed. "You're too young to be injecting shit in your face." While I love being called young, I disagreed. It's my face, my money, and I'll do what I want with it. And for the most part, I've had no regrets.

Some days I look in the mirror and think my lips are still tiny. Other days I look in the mirror and think they're too big. But after a year with pumped lips, I can't ever see myself going back. That means that, I'll need a touch up at least once a year for the foreseeable future. Dr. Dhingra says that while dissolution rate varies from person to person — those with higher metabolisms will wear down faster — four months is the normal tune up period.

There are also more permanent lip plumping options, like silicone implants, but Dhingra doesn't recommend going down this route. "It's kind of the old school way of doing things," he says. "SIlicone is riskier and can backfire. There are a lot of cases of people reacting badly to the silicone, generating inflammation. It can lead to ulceration and skin breakdown."

Fillers are more malleable than implants and can be easily dissolved if you change your mind — last year Jeffree Star fixed his "botch" and "deformed" lips by having silicone injections removed. They also just look better: hyaluronic acid attracts water, meaning lips filled with Juvederm look naturally plump and juicy rather than stiff and unnatural.

For Biblegirl, lip fillers helped realize an illusion she'd already been creating with drag makeup. "It brought it to a more heightened level, but it also gave me something to play with," she says. "Now I have this full exterior piece and I can play with dimension, bleeding and smudging my lips. I can pump it up and create depth rather than having to fake the smoke and the mirrors simultaneously."

For trans women, fillers can help achieve the kind of feminine fullness that hormone replacement therapy generates, but with more immediate and controlled results. "[HRT] can do so much, but lip shape is a done deal, unfortunately," says Dr. Dhingra. Fillers are "a fantastic option to create that subtle effect that can offer a very feminine shape. There is a very clear gender differences in lip fullness, the same way there are racial differences... fillers are a very low commitment way to get that done that requires regular upkeep, but the tradeoff is significant."

Will I keep getting my lips filled twice a year for the rest of my life? Who knows! I may decide that I'd prefer a natural look, or undergo some more permanent cosmetic enhancements that placate or alter my dysphoria enough that lip shape is no longer important to me. But for now, I love having huge lips. To paraphrase Real Housewives star Aviva Drescher, the only thing fake about me are these — and I'm fine with that!

"After I started getting them done, I felt more confident," Stawecki confesses. "I've always been confident, but it really boosted that. It's something for yourself, and whether other people like it or not, it's what I want. Doing things for yourself is powerful."