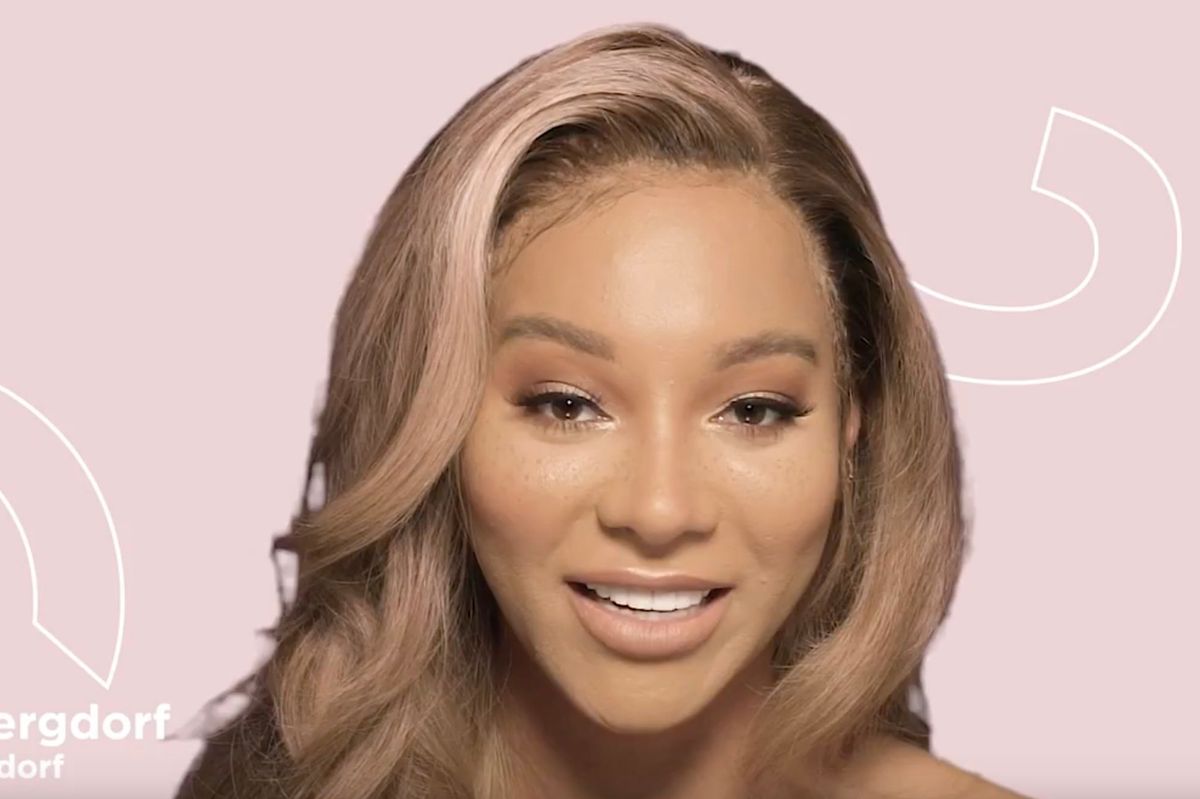 We're all familiar with the insecurity and shame that comes along with a random and persistent onset of zits. In an effort to destigmatize the struggle that affects everyone from teenagers to adults, "evidence-based" skincare brand ZitSticka has launched a special campaign featuring the likes of Munroe Bergdorf, Shaun Ross, Lexy Panterra, Eugenie Grey, and (#UnibrowMovement pioneer) Sophia Hadjipantel.

As part of the spirited Zit Service Announcement (ZSA), the diverse group of ambassadors appear in a fun, candid video to discuss their own battle with acne. "We wanted to highlight a common issue that isn't discussed enough. We ALL face problems with zits," says Josh Metz, chief marketing officer of ZitSticka. "Our incredible talent group showcases this with unique stories and confessions that they're likely telling for the very first time! It's important for people to know that the influencers, models or celebrities out there also get zits — it's a human condition."

ZitSticka has gained a cult following of sorts for its unique KILLA acne patch that uses a "tech-meets-skincare" approach by working from underneath your skin. "The science (or magic) behind our revolutionary patches resides within the 24 pain-free microdarts, which on application, infiltrates the zit at its source and dissolve completely within two hours," Metz says. "Once the 24 microdarts dissolve, a synergistic potion of hyaluronic acid, salicylic acid, niacinamide and oligopeptide-76 flood the heart of your zit, resolving the upcoming drama before it blows up."

Metz adds that tapping the influencers was central to promoting the message of diversity, as well as breaking down the shame surrounding acne.

"It took me a long time to really get over it and to build myself up to the point where skin issues don't affect me like they used to." – Shaun Ross

"Acne was a struggle for me growing up," Ross tells PAPER. "I used to cover up my skin with turtlenecks, I felt self-conscious going to school. Zits also really show on my skin because it's super sensitive. It was painful, humiliating and super noticeable. It made me feel super self-conscious, not only having albinism. It took me a long time to really get over it and to build myself up to the point where skin issues don't affect me like they used to."

"Zits are natural but they can really shatter your confidence and pop up at the most inconvenient time, which nobody needs," adds Bergdorf. "I had quite angry skin as a teenager and it made me feel really insecure."

ZitSticka's ZSA chronicles the group's personal confessions as pimple poppers, and shares their spin on how they used to treat pimples — a showcase of humor and self-reflection. The campaign is available to watch on ZitSticka's social media platforms (@zitsticka), and across all the inflluencers' Instagrams.