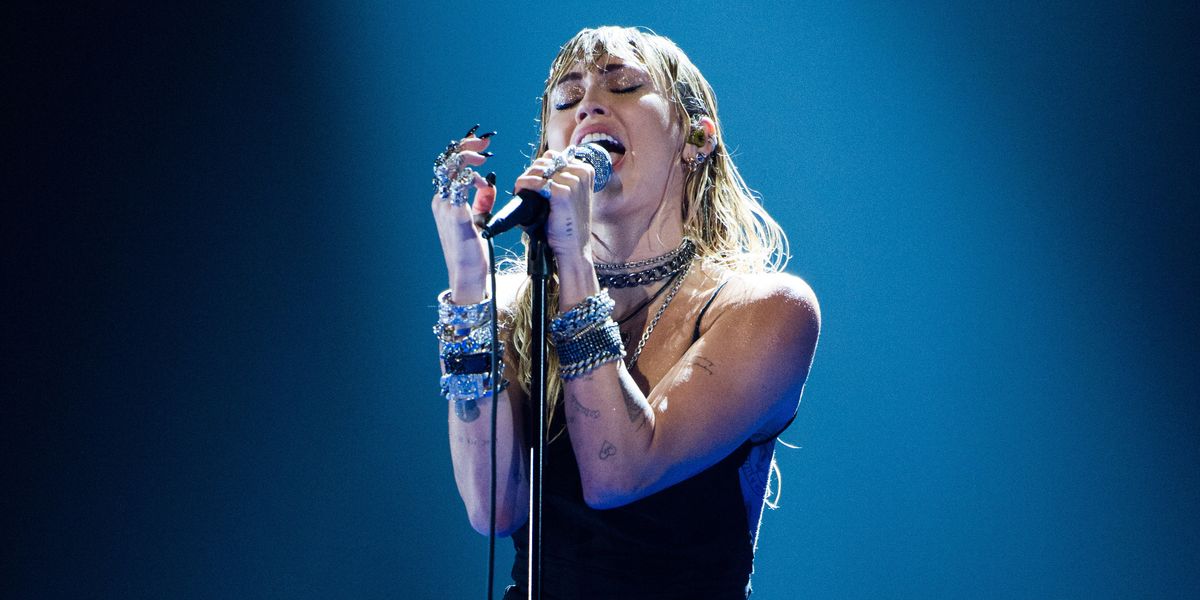 Miley Changed the Words of Her Break-Up Ballad

The broadcast cut to black and white for Miley Cyrus' flawless, first-ever performance of her post-Liam heartbreak ballad "Slide Away" at the VMAs. Too on the nose? Twitter didn't seem to think so.

Miley was spontaneously added to the VMAs line-up earlier today — unclear if she had the burning desire to air her heartbreak on live TV, or if she gave into pleading producers hoping to convert the Liam-Miley buzz into ratings.

Although Miley appears to be moving on pretty quickly — she attended with and was later seen kissing her rumored new girlfriend Kaitlynn Carter, according to Page Six — the performance was raw and full-throttle.

Related | Did Shawn and Camila Kiss at the VMAs?

The singer recently opened up about the break-up in a lengthy Twitter thread, denying rumors that their divorce had to do with cheating on her end. She's promised she has nothing but love for Liam.

Either way, Miley's got nothing if not range. The performance was hard pivot from Miley's past, legendary VMAs performances, which have included twerking on Robin Thicke, foam fingers, club-buns and lots of glitter.