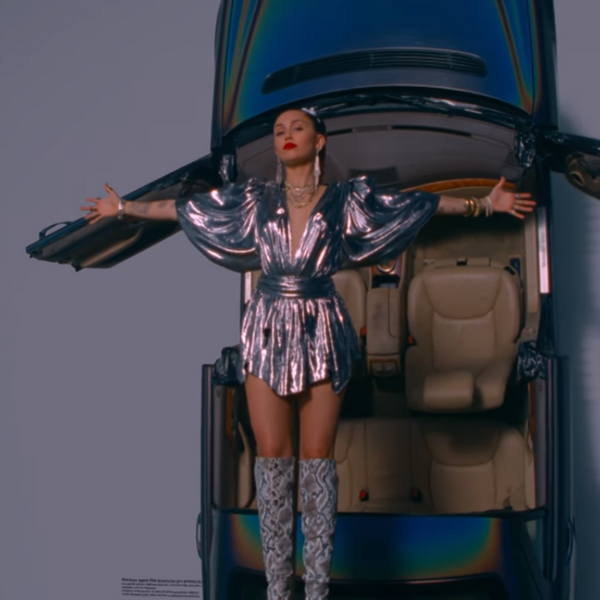 Miley Cyrus is officially back. The Disney Channel star-turned-provocateur has made good on her promise of new music with release of her latest single.

Made with super-producer Mark Ronson, "Nothing Breaks Like A Heart," sounds like if Dolly Parton linked up with "Wake Me Up"-era Avicii, and we're into it. A song about heartbreak through and through, Cyrus is doing what she does best by capturing the way love lost can make us feel like the entire world is coming to an end. In the same way that "Wrecking Ball" tapped into self-conscious insecurities and managed turn them in to anthemic catharsis, "Nothing Breaks Like A Heart" is viscerally satisfying.

But it wouldn't be a Miley Cyrus single without a slightly absurd, off-kilter music video. Following her as she leads the police on a slow speed chase, a la O.J. Simpson, we see Cyrus cruise down the highway and into a strip club, a shooting range, and in the process become a sort of folk hero as crowd line-up to cheer her on as she evades capture. Culminating in riots and Cyrus and Ronson tumbling end over end in their getaway vehicle but left unscathed to embrace the adoring masses.

Watch the full video for Miley Cyrus and Mark Ronson's "Nothing Breaks Like A Heart" below: