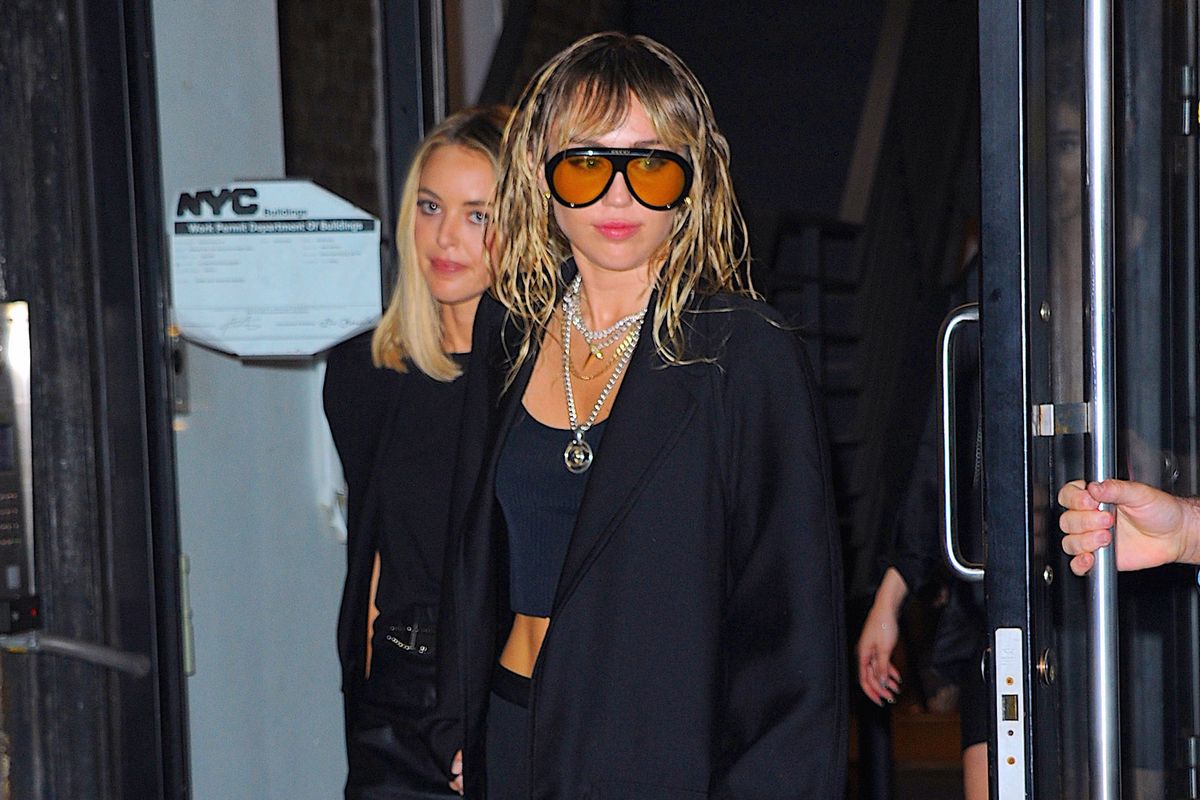 After a month of what seemed to be a whirlwind romance, Miley Cyrus and Kaitlynn Carter have reportedly called it quits. The two got together fresh after Miley's breakup from long-time partner and fiancé, actor Liam Hemsworth, and also after Carter split from her husband Brody Jenner. They've been spotted together at multiple events holding hands, making out on vacation, and have also reportedly moved-in together. But it looks like that's all over.

An anonymous source told People Magazine, "Miley and Kaitlyn broke up. They're still friends." The source adds, "They've been friends forever and were there for each other when they were both getting separated, but they're just not in a romantic relationship anymore."

Another source also told Entertainment Tonight, "Miley and Kaitlynn are no longer together romantically. They have been there for each other through tough times recently but decided it's best to be friends."

The last time the two were photographed together was on September 14th in Los Angeles, which is fairly recent. But on Saturday night, when Miley performed at the iHeartRadio Festival, Carter was nowhere to be found. Instead, the singer was accompanied by her mother Tish, brother Trace, and sister Brandy.

During her set, she performed her post-breakup anthem "Slide Away." She also covered Pink Floyd's "Comfortably Numb" and Led Zeppelin's "Black Dog," and also sang her part of Charlie's Angels track "Don't Call Me Angel." She totally owned the stage, showing no signs of any post-breakup blues.

Whatever her current relationship status is, it looks like Miley Cyrus is at the top of her game and having the time of her life — and that's all that really matters.