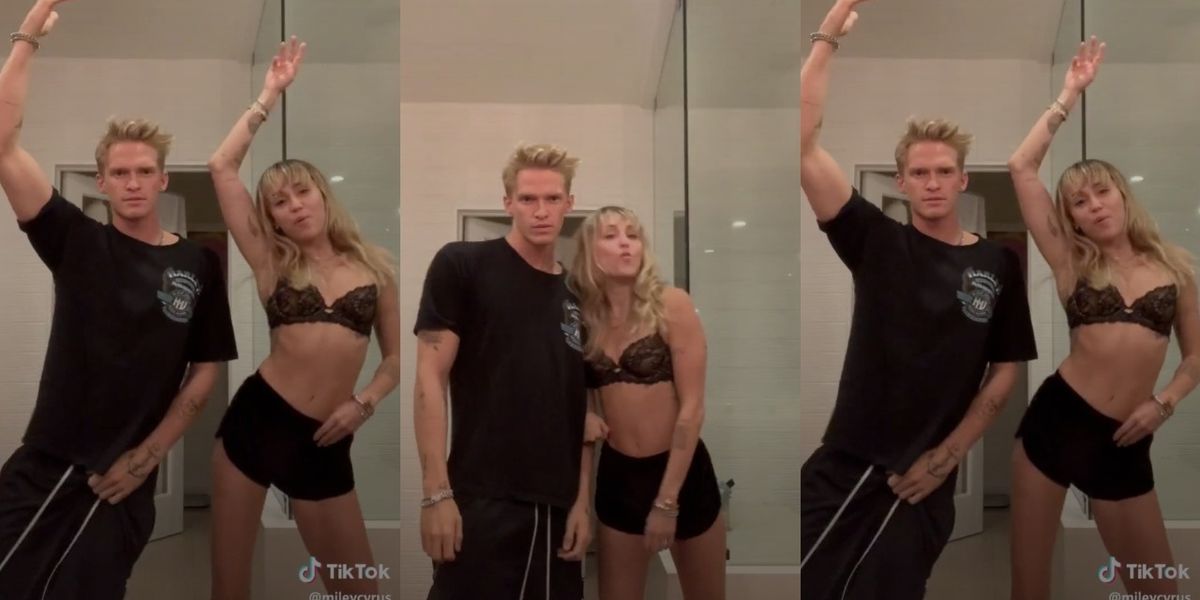 Miley Cyrus Made a TikTok to Ashnikko With Cody Simpson

If you haven't made a TikTok yet to Ashnikko and Yung Baby Tate's booming hit, "STUPID," you're late. The song has been making the rounds on the lip-syncing platform as part of a popular dance trend, as well as Twitter and Instagram. What started as something with a cult following, however, has grown beyond the bounds of TikTok virality. The official music video for the song has over 3.5 million views already, despite only being released a week ago, and now, celebrities are gearing up to take on the trend themselves.

Miley Cyrus took part with her new beau, Cody Simpson, and posted her take to her official TikTok account. In her caption, she also welcomes Simpson to the app — he, too, posted the video to his account. The duo dance and sway back and forth to the beat, with Simpson rocking an all black 'fit, and Cyrus opting for a lacy bra and booty shorts look.

Cyrus' other posts on the app include a video made to her singing Kylie Jenner's infamous "Rise and Shine" meme, as well as a behind-the-scenes clip from the set of the "Don't Call Me Angel" video, alongside Lana Del Rey. For Simpson, however, the "STUPID" dance marks his TikTok debut.