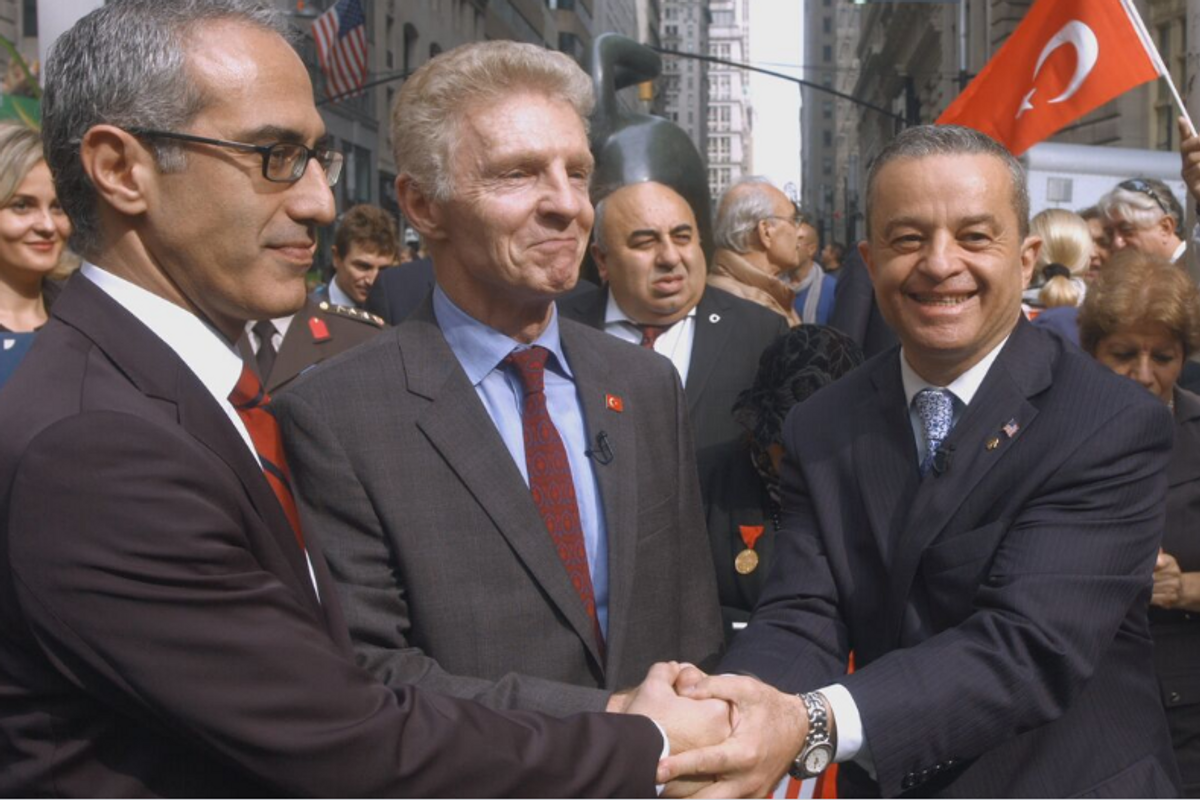 "Midnight Express", the Film that Unwittingly Manipulated an Entire Generation, Proves the Power of Cinema Like No Other

While we are certainly aware of the effect cinema can have on the way we understand the world, there are very few films that not only remain relevant decades after their release, but are so powerful they set international relations alight. Midnight Express, the story of Billy Hayes' escape from a Turkish prison after he attempted to smuggle four pounds of hashish out of Turkey at the height of the war on drugs, was one of those films.

Billy Hayes became an international celebrity when he returned to America, quickly garnering the attention of Hollywood with his memoirs about his time spent incarcerated. Oliver Stone adapted Hayes' writing for a screenplay, 70s heartthrob Brad Davis was cast as the lead, and Midnight Express was made. The film's instant reverberation around the world was unprecedented, and it won six Oscars at the 1979 Academy Awards. A warrant was immediately issued for Billy Hayes' arrest by Interpol, and Turkey was so incensed by the film's portrayal of their culture that there were nationwide protests. Tourism to the country dropped significantly as Billy Hayes simultaneously became an American hero and a Turkish enemy.

Midnight Return, a documentary over 10 years in the making written, directed and produced by Sally Sussman, has Hayes visit Turkey for the first time since his escape. We spoke to both Sussman and Hayes to discover the discrepancies between Billy's story and Stone's, how one film could do so much damage and who Billy Hayes really is. (Note: Both Midnight Return and Midnight Express can be viewed on Sundance Now).

I'll be honest, it's been a long time since I've seen Midnight Express, but I remember the film having such a profound impact on me and I was so struck by the concept of this documentary. How did it come to be?

Sally: Like you, I saw the film as a youngster and it stayed with me for years and years and years. Then I met Billy through my husband, and he happened to mention to me about Turkey and his interest going back there and I thought, "Hmmm." This film had a life beyond the theater; it had a life in pop culture.

Billy: Imagine how bizarre that makes me feel.

Billy, I had no idea that you became such a fixture in American culture at the time. You were so celebrated as the anti-hero--both the bad boy and America's sweetheart.

Sally: That's what's so ironic about the story. At the time Billy was really celebrated because he had pulled off this unbelievable escape, then becoming one of the first celebrity types to be created from a news story.

Billy: Everything was quite wonderful because prison sets a very low bar. I had made three successful trips before I was caught, none of which I could write about in my first book, because it was 1975 and the height of the drug war.

That's so interesting, considering your portrayal in the film was so different, Billy Hayes was the naive American tourist who made one bad call and was unfairly punished.

Billy: They seemed to think they needed to do that.

Sally: The Billy Hayes in the movie was a very passive character and was portrayed as much more of a victim than the real Billy Hayes.

Everyone loves a victim.

Sally: Right. They had to sell this movie to Columbia Pictures who were reluctant to make a film that glorified a drug smuggler.

Billy: They didn't mind a failed drug smuggler, but they cared about a successful one.

Sally: They wanted something palatable where you would be rooting for the wronged hero. Then again, had Turkey not given Billy a life sentence for smuggling hash, none of this would have happened. So in many ways he was a real life victim of the Turkish legal system, but the mandate for the filmmakers was to stack the deck against Turkey and in favor of this kid. I honestly think we would have rooted for the character more had we seen his real escape.

Sally: There were choices made in the movie that veered the story further and further away from Billy.

Billy: I understand, as a filmmaker, why you wouldn't want to spend all this money showing someone rowing and running away from Turkey, but there were other choices I wasn't as happy with. I had a relationship with someone in jail and they couldn't have that.

That's unbelievable, I had no idea. Wow, that would have contributed so much to the story.

Billy: Of course! But they were afraid of that. They would allow their main character to bite someone's tongue out but not touch another human being. That says a lot about the producers, but that's a whole other can we don't need to get into. The biggest thing for me was the courtroom scene, where Oliver Stone wrote: "You're a nation of pigs, I fuck your sons, I fuck your daughters." In truth I said, all "I can I do is forgive you."

Which is surprising because for me that whole scene felt anti-American, the language chosen was almost barbaric. It also totally contrasted to the film's depiction of you as the humble victim.

Billy: It bothered me.

Did you spend time with Brad Davis, Billy?

Billy: Oh yeah, I met Brad and we had an instant connection. We were friends until the day he died, he had read Midnight Express multiple times. He had folded pages, underlined sentences--he had created the character in his mind. Brad put his heart and soul into it and I love what he did.

You didn't see Billy Hayes on screen and think, this is false?

Billy: No, I understand why things have to be changed. I was looking for a sense of truth and Brad so had that. Everyone in the film had that. I have my reasons to not be happy with it, but it's a brilliant movie and if it hadn't been so good, we wouldn't be talking about it. It was very, very powerful. That's why the Turks were so unhappy with it.

I know Oliver Stone appears in the film, does he address the story's impact on Turkish-US relations?

Sally: He does. He felt that this story was his own story. He had been busted for drugs and spent time in prison too, in San Diego. So this was a little of Oliver raging on the war on drugs and the hypocrisy. It was him saying, Turkey is punishing this guy for smuggling four pounds of hash and they're letting murderers get away. He says he regretted the misunderstanding he created, but he felt that Billy had the right to condemn them. But it was still Billy Hayes.

Billy: It was also my name on the Interpol warrant, not when I escaped or when my book came out, but when the movie Midnight Express came out. I had a warrant for my arrest that stood for the next 20 years, that was not a warrant for Oliver Stone. There are consequences.

Exactly, for this attractive, very famous actor to get up and say "fuck your people" that's hugely-

Right! But also incredibly sad for them. I had no idea how detrimental the film was to the relationship, but I can absolutely understand it. As a foreigner, I know the esteem that the United States is held in around the world and having a country like that, whose culture you are so invested in, denounce your own nation. I can't even imagine what that must have been like for the Turkish.

Sally: That's what's interesting for us. I remember that Turkey had protested the film and that was always in the back of my mind. When we started talking to the Turkish people, we found that it had affected their psyche. It had stayed with them for many years. That's not the normal way films affect people's consciousness.

So is the objective of the documentary then to heal those wounds with Turkey? You don't worry it will dredge up old baggage?

Sally: This was 10 years ago, but the Turks were so happy to see him. It had an enormous impact, he made all the front pages, it was huge news. However, because of the political situation now, it didn't serve as quite the tonic as we hoped it would. Journalists are getting arrested, they have way bigger problems to deal with right now.

Billy: The documentary goes way beyond my little story, it discusses the way a film can affect us, can affect countries. Personally, I needed to return to Turkey, I was a hated man for things that weren't valid. I didn't kill the guard, I didn't say "you're a nation of pigs." So the ability to go back and say those words, that was an experience of a lifetime for me.