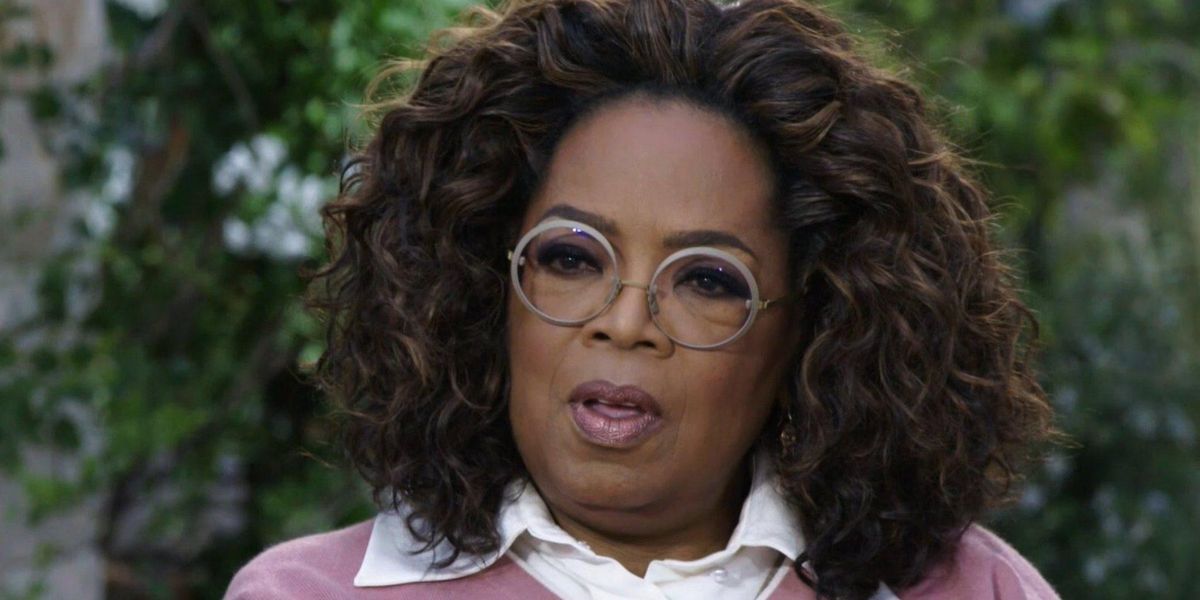 It was big the Sunday night sit-down of 2021: Meghan Markle and her husband Harry's Oprah interview, their first as a post-royal couple.

Related | Meghan and Harry Are Dipping

As promised, we learned a lot of exclusive new info about the couple's struggles within the royal family (Markle disturbingly revealed that she'd suffered from suicidal ideation while living in England, and that the palace declined to get her medical help) as well as their new happier life in California (Archie's getting a sister this summer!).

But the hour-and-a-half-long convo is actually best distilled by memes. Here are our favorites.

Meg and Harry's CBS tell-all was full of surprises and shock revelations, but here's something we knew already: Oprah is an incredibly charismatic and effective interviewer.

And as such, her reactions to the former Royals' responses to each question became instant memes. This is not the first time that the veteran TV journalist and talk show host has gone viral, and we speculate it won't be the last.

please know i’m going to run this image into the ground, it’s perfect for everything lol https://t.co/ZQzrVNhgfK
— nadirah (@nadirah)1615168663.0

The QUEEN. If you actually watch the interview, both Meghan and Harry insist they have no beef with Her Majesty. Rather, they take issue with other unnamed royals (what's up, Prince Charles?) and the "firm" as a whole.

The interview, like Meg and Harry's marriage, united Britain and American royal watchers. Which, again as with the marriage, has led to a bit of culture clash. For example... Britain has public healthcare, and America has a bunch of profit-hungry pharmaceutical companies. The Brits were confused, then horrified. The memes reflected that.

Nah…how are the side effects of the medicine in American ads more lethal than the thing they’re treating??? 😭 https://t.co/cMTlLm5fRP
— Dapo Adeola (@Dapo Adeola)1615171365.0

Harry's late mom came up several times during the interview, and it wasn't lost on viewers that Harry appeared to act in her spirit by calling out the royal family and British press over their unfair treatment of his wife. Many memers paid tribute to that fact.

He could have never left without the money Diana left. #HarryandMeghanonOprah https://t.co/QfVdMdOGOO
— Ashley (@Ashley)1615171738.0

Diana has managed to be a better parent from the grave than living Charles! #HarryandMeghanonOprah https://t.co/nsToqhui1a
— living best (@living best)1615174936.0