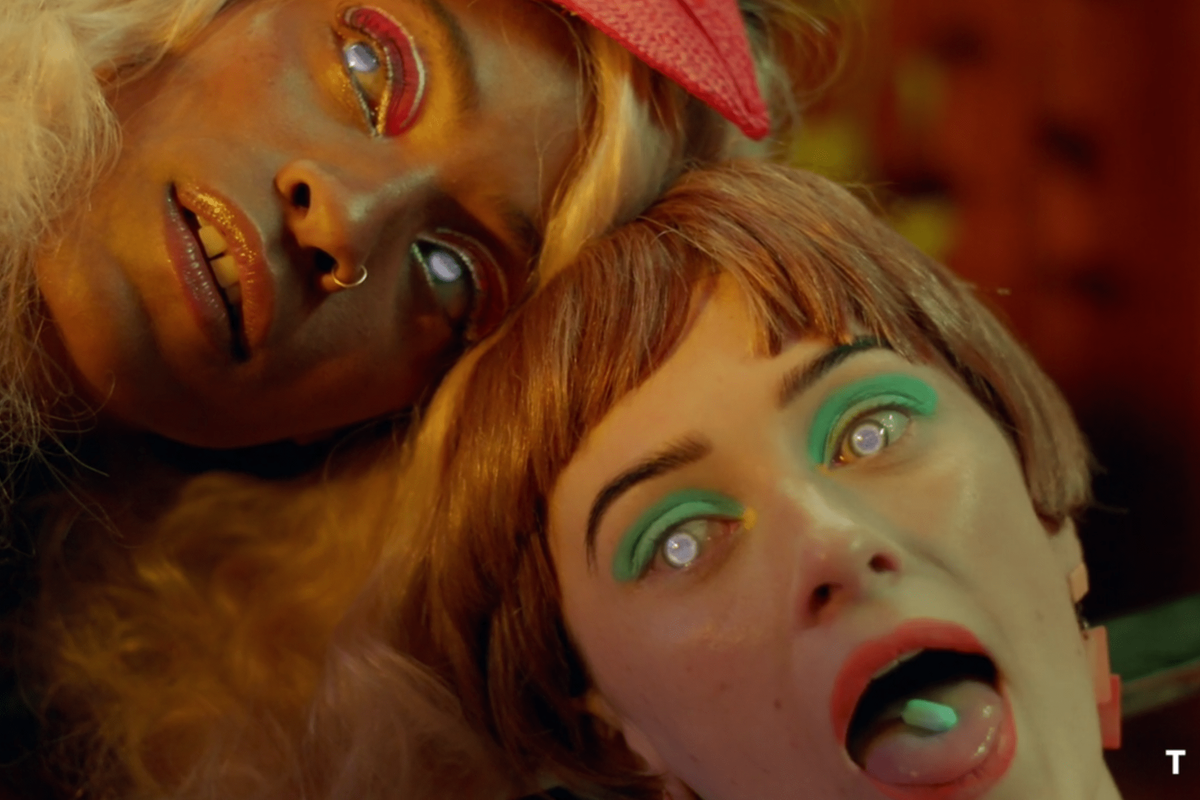 Meet The Strung-Out Housewives Of The Future In St. Vincent's "Pills" Music Video

Following up the technicolor dreamscape of "New York" and the plastic surgery dystopia of "Los Ageless," St. Vincent has premiered a third video for "Pills" off of MASSEDUCATION, featuring the drugged-up housewives of the future. Directed by Phillipa Price, "Pills" stars a crew of anesthetized homemakers of the year 3000, who like to take the edge off American life with their favorite chemical cocktails as they dance like dolls. Annie Clark spoke to Tidal about the release, saying:

"I think there's a mania to the video that feels like a psychedelic Adderall rush. I think it speaks to a very specific kind of Americana – an American anxiety, a uniquely American anxiety. And I love the use of gestural dance, and gestural dance in unison, which I think is very powerful. There's an archetype that I've been playing with for a long time… the mommy's little helper archetype. But this is a future version of that, where people's faces are blue – just like a parallel universe."

We'll have what they're having.