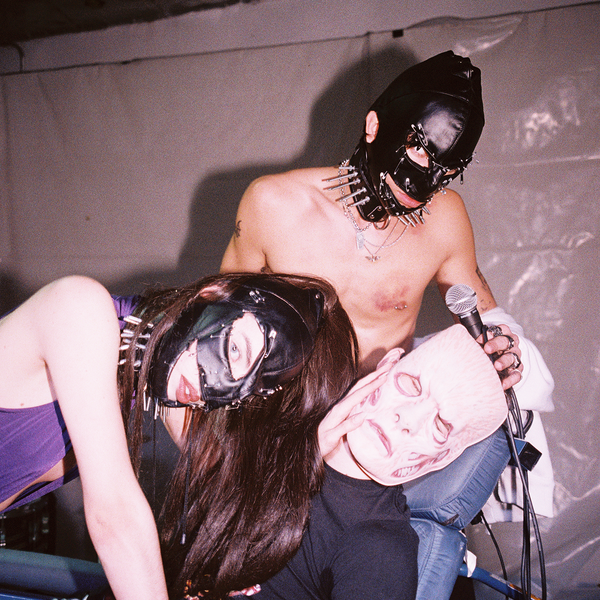 The Most Disturbing Music Video You'll Watch All Day

Armed with a safety pin-studded gimp mask and a growl that's as hot as it is straight from hell, MEATY is an expert when it comes to being psycho sexy — and the LA-based artist's latest music video is just further proof of his penchant for the provocative.

Shot by Ivan Trejo and directed by MEATY, the visual for "Mary" goes just as hard as Shane Clay's distortion-filled, sledgehammer-like beats. And while the most apt word used to describe the scene-at-hand is "nightmarish," we, honestly, wouldn't expect any less from our favorite sexually subversive, LA-based hellion — especially for a track that contains lines like, "We cuttin' off the dicks."

Starring MEATY and his female partner-in-crime, "Mary" cuts between the two of them toying with another faceless individual and writhing around a dark room — flanked by a masked gang of hype girls, of course. But coupled with chaotic, herky-jerk camera movements and Connor Childs' brilliantly blown-out spotlight, the result is simultaneously sinister and scintillating. Like watching a sexed-up serial killer at work, if you will.

Watch the video for "Mary," below, and don't say we didn't warn you.