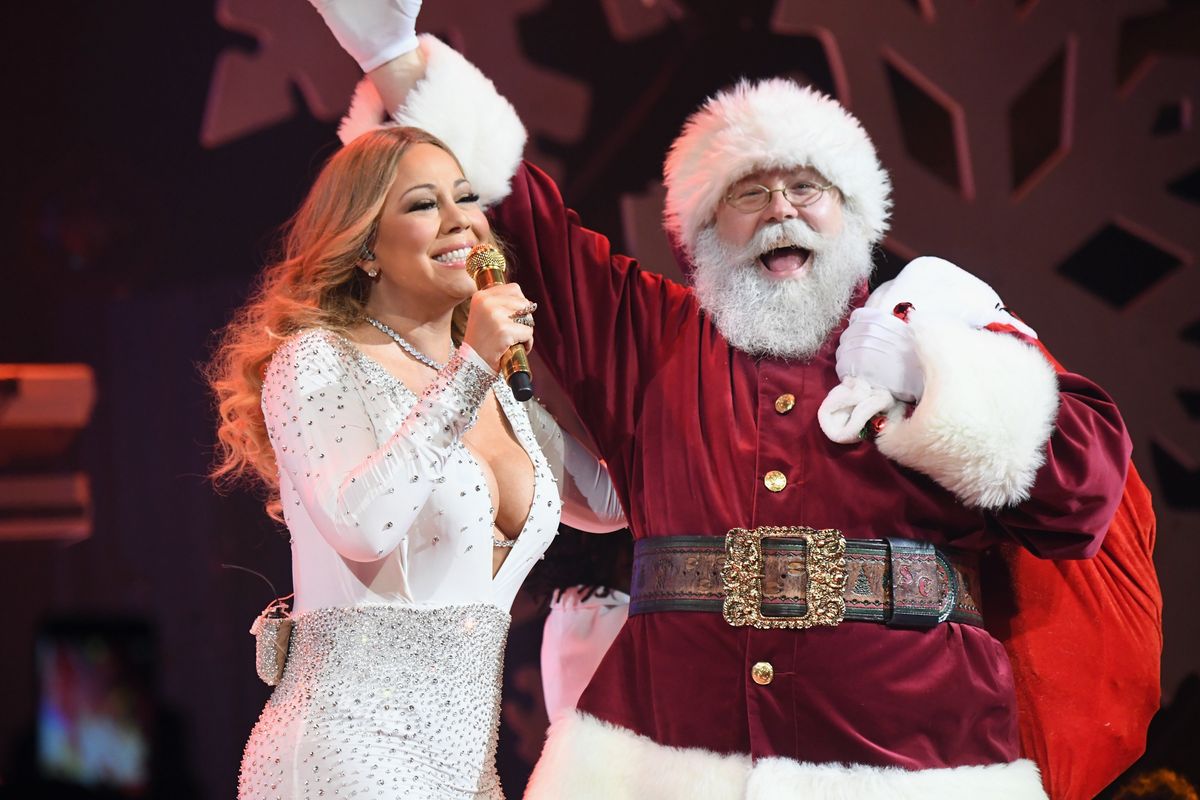 Mariah Carey's "All I Want For Christmas Is You" is the most popular holiday song of all time, that is a fact. Scientifically proven to be catchy and irresistible, the song has dominated holiday season after holiday season since it came out nearly two decades ago. Adding yet another accolade under its belt, according to Chart Data the song now holds the record for most streams in a single day.

Fittingly breaking the record on Christmas Eve, "All I Want For Christmas Is You" was streamed 10.8 million times globally on Spotify. Which roughly amounts to a whopping collective 720,000 hours listened or 82 years worth of Mariah Carey spreading Christmas cheer. She beats out XXXtentacion's "SAD!" which previously broke the record earlier this year, getting 10.4 million streams the day after the rapper's death.

This latest news caps off a year of many achievements for Carey. Her comeback album Caution was released to much critical claim, including landing at the top of our 20 Best Albums of the Year list, and prompted a newfound appreciation for some of the singer's older work. Here's hoping Carey brings the momentum with her into 2019 and continues to be the skinny legend we've always known her to be.