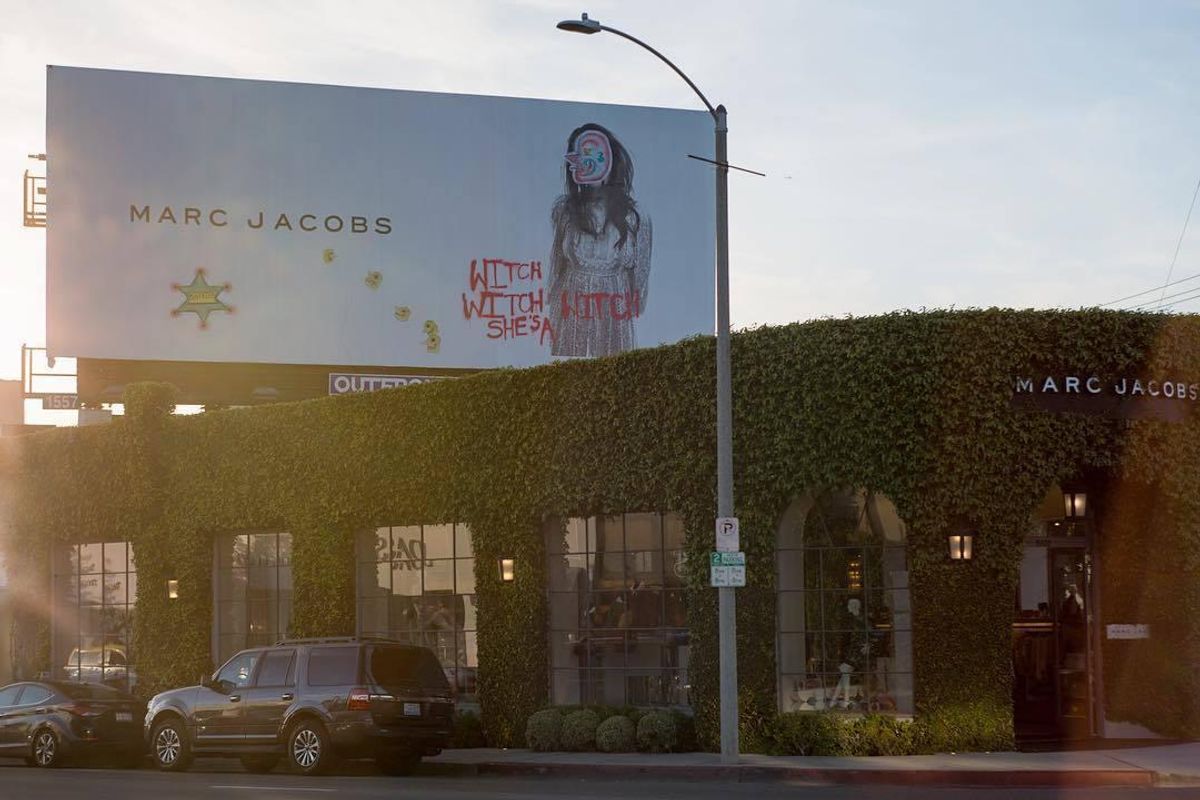 Frances Bean Cobain Tagged Herself "Witch" in Her Own Ad

Since posing for Marc Jacobs' Spring 2017 collection, visual artist, model and grunge scion Frances Bean Cobain has taken her own approach in creative expression by tagging her own billboard above the designer's Melrose Avenue flagship store in LA.

Teaming up with creative consultant Abreea Loren and artist Illma Gore, the friends reworked the billboard in broad daylight by covering Cobain's face with an abstract, beak-like profile with the words "WITCH WITCH SHE'S A WITCH" painted across her babydoll dress. Cobain's twitter handle @space_witch666 was also added as a nod to the artist. The trio posted a video of the masterpiece on Cobain's Instagram that day, appearing more as a trailer for an upcoming episode of Skins rather than a DL tagging project.

Frances Bean isn't the first Cobain to be involved with Marc Jacobs. Two decades ago, her parents Courtney Love and Kurt Cobain burned pieces from the designer's "grunge" collection for Perry Ellis as a statement against the fashion industry's commercialization and exploitation of alternative cultures. (Courtney later admitted she regrets that bonfire of the fashion vanities.)

The second-generation Cobain's rebellion, however, appears to have been officially co-signed by Jacobs, appearing as it does on the brand's official Instagram.