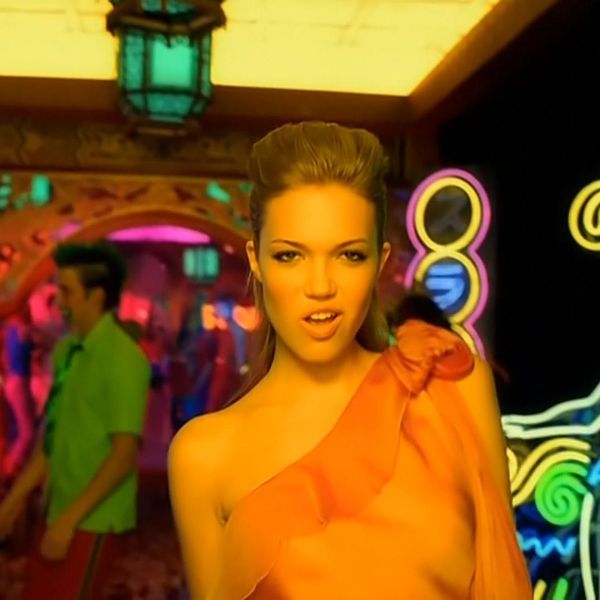 The Mandy Moore Retrospective You Didn't Know You Needed

To say we've been missing the earth goddess Mandy Moore like candy is both an understatement and also a gross miscarriage of justice. Over the weekend, Moore announced that she is gloriously returning to music, and praise be. 2018 is lit, y'all —musically, at least.

The honey-voiced singer-songwriter's last musical endeavor was a little-known but criminally underrated 2009 album called Amanda Leigh (aka Mandy's human name), which earned the dual distinction of being a.) a folky, '70s rock-leaning departure from the synthesized new millennium pop hits that made her famous and, b.) the most cohesive effort thus far in her six-album catalog. Did you know? Did you really know? Thank you.

Mandy Moore on Instagram: “Getting back to it. It’s time. I miss it. I’m not scared anymore. No more excuses. No more allowing someone’s else insecurities to dictate…”

In the time since (and before and during), Moore has been working as a successful Hollywood screen queen. She's currently on the mega-successful NBC melodrama This Is Us, and has, over the years, had leading and supporting roles in a slew of movies, including the never-not-iconic role of Hillary Faye in Saved! Her line: "I am filled with Christ's love!" as she throws the Bible at one of her co-stars is right up there with the "She's not a Christian-uuhhh" God Warrior from Trading Spouses in terms of Unforgettable Pop Culture Moments That Endureth Forever.

But! We are left with some ideas: now that Moore is entering a new era as a "no excuses" recording artiste, whomst might she find herself working alongside in the studio? Without hearing too many notes, our dream collaborators for Moore, should she find herself totally fearless, would be, in no particular order of relevance: Migos, Teddy Geiger, a Cardi B feature, the team that created Shawn Mendes, Kim Zolciak of "Tardy for the Party" fame, and maybe even Kanye West. Imagine what a Mandy Moore album stacked with those kinds of collaborations would even sound like. Can you know? Can you really know? Thank you.

Some of Moore's most iconic videos, below. But first, a brief history lesson! When she first hit the crowded pop scene with "Candy" from debut So Real in 2000, Moore toyed with the machinations of naivete and teen sexuality — a recurring theme for highly-marketed female pop stars of the day (Hi, Xtina). The song and video, which featured, among other iconography, Moore sipping milkshakes and dancing in a diner parking lot next to candy-colored Volkswagen beetles with her homegirls, did gangbusters.

"In My Pocket," from Moore's sophomore release, was a decidedly more mature dance-pop offering that found Moore exploring elements of Eastern fusion with philosophical musings: "Nothing but pennies in my pocket/ Nothing but fate to keep me warm/ Tell me, how much for your love?" While Moore was selling image and edgier sound in a way that totally worked for her, for me, the more appealing aspects of her music came from her ballads and folkier offerings, soundtracking my own nostalgic memories, as the best pop music is wont to do. (Although I can't lie: "Candy" and "In My Pocket" both had me acting out by grinding by myself during class reading circles in junior high and being sent home with demerits and concerned teachers' voicemails on my home answering machine. What? You didn't?)

"I Wanna Be With You" is the sophomore spring fling immortalized. "Only Hope," from 2002's A Walk to Remember, was my childhood introduction to terminal illness (is that sad or is that sad). Her moonlit cover of John Hiatt's "Have a Little Faith In Me" was me in flannel swimming in gross bottomless lakes in college and feeling so alive. Now: Relive the glory of Moore's music and tell me it doesn't make you feel just as alive. Love always, Mandy.