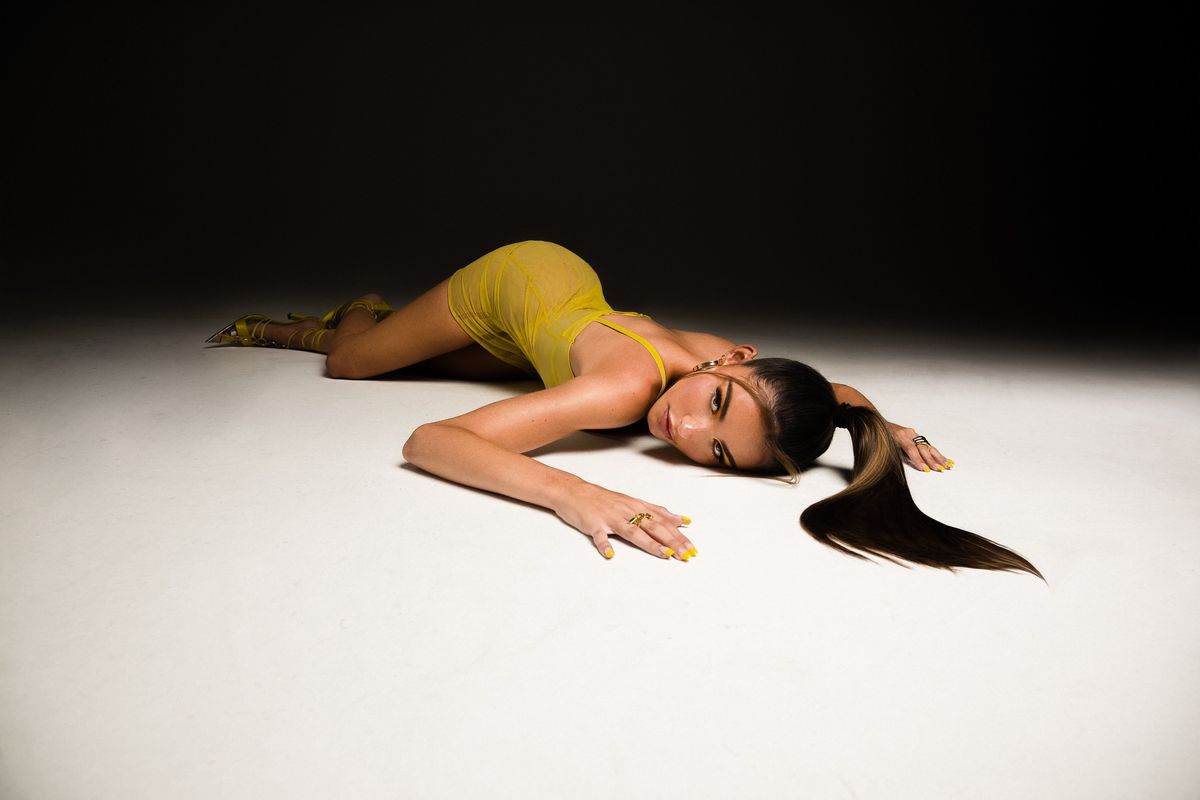 After sharing her vulnerable side this April on the soul-searching track "Stained Glass," Madison Beer is back with the next single off her forthcoming, debut studio album, Life Support. Titled "Baby," it's a perfectly provocative, confident bop with sensual references and empowering lyrics that offer a feel-good message.

"We've all had those days where we don't feel cute and we just don't want to do anything," Beer says of the track's inspiration. "I want this song to be like, let me play 'Baby' by Madison Beer and maybe that'll change because this song will give me a boost of confidence. I want this to be like liquid courage type shit. I want this to be the song that you play where you're just like, 'I'm that bitch.' It's that simple."

Beer opens with a soft-pop cadence, singing about a late night text exchange with a love interest. "I look too good to be in this bedroom without someone to touch me like you do," she continues in the following bars, where she discusses intimate, behind-closed-doors encounters before building into the chorus. "If you want to be my baby, know I'm going to drive you mad/ Probably going to drive you crazy, I'm the best you've ever had," she sings at the track's peak.

"It's going to be interesting for me to see how people react to me even saying like, 'Baby, baby, do I taste like candy?' and things that are blatantly sexual like that because I've never really spoken like that in a song ever," Beer says. "I think we have a lot of men in the music industry particularly who say pretty sexual and vulgar things and no one ever has anything to say about it, and then suddenly, women do it, and it's like a whole uproar. So I'm glad that I'm apart of a group of females that are like, 'No, this is the energy that we need.'"

With the song's release, Beer also dropped a music video inspired by the internet's toxicity, where she explores two metaphorical realms of fame. "[The music video] is about cancel culture, which is not obvious, but I walk into this cloud room that's seemingly very perfect and lovely, and then I'm transported and dropped immediately into this hell," she explains. "That was my concept. I wanted it to just be like I was sent to hell from heaven and being in that realm, I wanted to just own it."

Living life in the spotlight and having experienced the intensity of cancel culture first-hand, Beer sheds light on the seriousness of social media's effect on mental health; however, instead of basking in the negativity, she turns this state of purgatory into a positive, fashion-filled, self-proclamation.

Related | Sound Off: 10 Songs You Need to Hear Now

"That entrance when I'm walking through the lobby of hell and being in there was kind of just cool," she says. "If you guys are going to make me out to be some villain, I'm going to do it the best that I can fucking do it and embrace it and be with other girls who have been a victim to cancel culture."

From there, Beer owns her identity in a series of back-and-forth scenes — one shows the pop star singing into the security camera of a locked-up room, while the next centers Beer lying on an elevated surface in a Marine Serre bodysuit. Unafraid to show skin in an another frame, Beer sits confidently among a group of women wearing all-black lingerie sets by Fleur du Mal, all of whom exude an infectious sense of self-confidence.

"I'm somebody who shows a level of humanity that I don't think a lot of other artists do," she says in a closing remark. "I've messed up and I've made mistakes and I've been canceled, and I feel like my ability to just be human and be authentically like, 'Hey, human beings aren't perfect, and I'm not perfect' is hopefully able to give people a through line of something real in a very like superficial world that we live in currently."