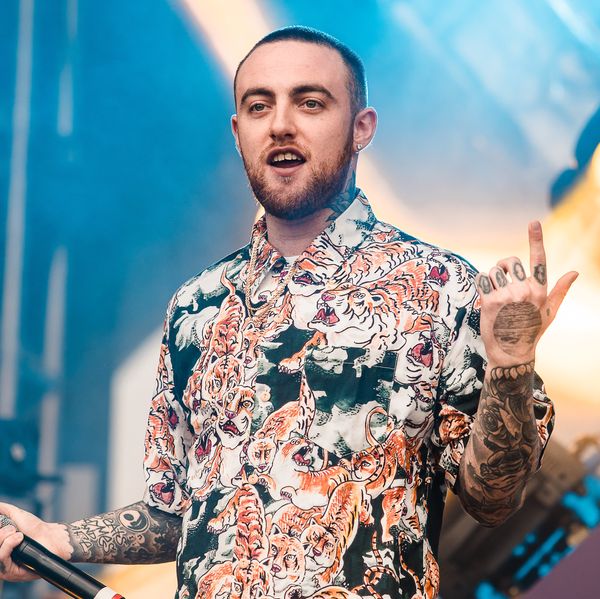 Mac Miller lives on in music through his own discography, "Thank U, Next," and other tributes. Now, we can hear the late rapper's voice for the first time since his death nine months ago, on a new track from Free Nationals (Anderson .Paak's band) and Kali Uchis.

Kali and Mac trade verses about two people grappling with a dysfunctional relationship. She opens the butter-smooth but psychedelic song over wilting synths and skittering drums, repeating the refrain "I gotta take some time to grow / But without you I'm miserable."

Mac interjects, rapping in his signature lackadaisical style that we've missed: "Look at me watering seeds, it's time to grow/ I get out of control when I'm alone/ If you can make it with me, you can make it on your own." The lovers seem to find peace in the song, as Mac raps: "You get yours, of course, I get mine/ And in the end, everything will be fine, that's by design."

Before his passing, Mac, Anderson .Paak and the Free Nationals were close friends and frequent collaborators, previously working on 2016's "Dang!" together. They recorded the verse that ended up on "Time" in May of 2018, about four months before he died of an accidental overdose. Their chemistry's as apparent as ever on "Time."