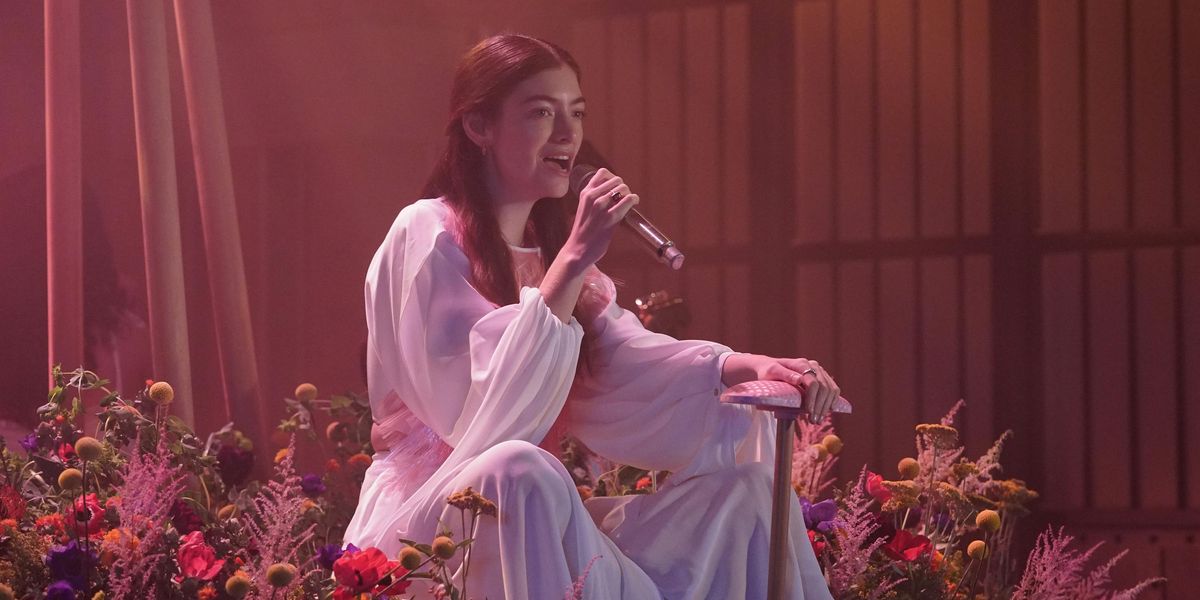 It's a well-known fact Lorde and Jack Antonoff have been close collaborators for years: Antonoff's signature shimmering style of pop production pairs perfectly with the singer's introspective lyrics and dark vocals. While the recording process has been a rewarding experience for both, what doesn't sit quite right is the public's framing of the duo's partnership.

In a new profile for The New York Times, Lorde addresses the criticism and inherent sexism of claims that her most recent record Solar Power is simply another "Jack Antonoff record," that solidifies her place in the producer's "stable."

Addressing the growing narrative that she called "insulting," Lorde fiercely defended her new music and made it clear that the creative push and pull was more equal than people have made it out to be.

"I haven't made a Jack Antonoff record," she said. "I've made a Lorde record and he's helped me make it and very much deferred to me on production and arrangement. Jack would agree with this. To give him that amount of credit is frankly insulting."

She goes further to address the persisting rumors that the two have a romantic relationship extending far beyond being co-creators — calling out this speculation as "retro."

"He's like a partner to me," Lorde said. "We're in a relationship. It's not a romantic relationship, but we've been in it for seven years, and it's a really unique thing, so I don't begrudge people maybe not being able to understand it."

Related | Lorde Is 'Stoned at The Nail Salon'

Lorde made it clear that Solar Power will be uniquely hers, and using some of Antonoff's styling, she was able to further enhance her initial inclinations; she's fully aware of what Antonoff's go-to sounds are, and told The New York Times that she picked and chose which would (and, mostly, would not) exist on the project.

"I know that there are certain hallmarks of what Jack does and some of those things I really love and some of them I don't like," she said. "And I beat them out of the work that we do together. I say this with so much love and affection, but I feel like we're doing up a house together and he's like, 'Look at this serviette that I fashioned into the shape of two swans! Look at this set of woven baskets!' And I'm like, 'Great — one per room.'"

Lorde's Solar Power is set to come out August 20, an entire four years since the release of Melodrama. Let's make sure that she gets her credit for it.