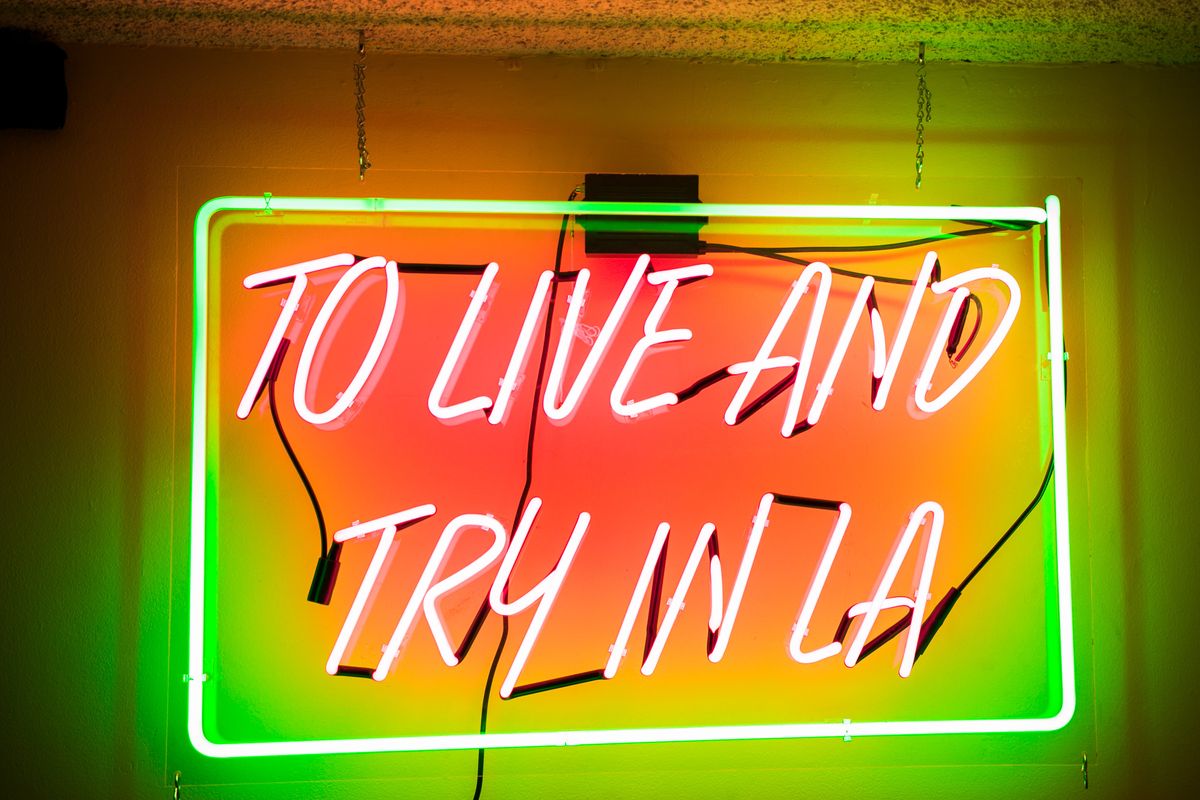 In 2016, after graduating from London College of Fashion, photographer Lloyd Pursall booked a one-way flight to Los Angeles; like countless others before him, he set out with hopes of realizing his creative dreams. A year later, in 2017, Pursall opened his first solo exhibition at Hubble Studios.

Titled, To Live and Try in LA, the series featured intimate portraits of the young movers, shakers and makers he came in contact with through photography. Last Friday, at the Red Bull Consulate space on Abbot Kinney in Venice, Pursall launched a pop-up extension of the exhibition featuring new faces including model and photographer Sean Lyles, London-born singer/songwriter Sinead Harnett, actor and singer Shameik Moore, Dante Jones and Drew Love of alt-R&B duo THEY., actor DeRon Horton, and more.

Related | THEY. Premieres 'What I Know Now' With Wiz Khalifa

"I wanted to create a collective of portraits that when shown in an exhibition would pass on that inspiration to others," Pursall told PAPER. "I feel collectively their stories create an unbelievable force. When you look at the work, I want you to feel their journey... One of the people I shot I met in an Uber a few years ago. He was my driver, now he is living a successful career doing what he loves. To me, this is the beauty of Los Angeles. People come here with an idea, goals they want to reach, dreams they want to make a reality and through hard work and hustle they are rewarded with new opportunities."

The journey from the grind to success feels fairly ubiquitous in a place like Los Angeles where the film, television and music industries bring young hopefuls in droves. Yet as common as "the hustle" may be, it is still rare to see these narratives chronicled as they unfold. It's even more rare to see the stories of creators from across disciplines presented as something inherently interconnected, but that's precisely how Pursall sees them.

"One of the biggest things that inspires me about the people in the show is their lack of ego, and their passion and love for the people around them," he said. "I feel more than ever we as creatives need to support and elevate the ideas of other creatives. I have always lived by the notion of rising with my peers and in doing so celebrating a shared success."