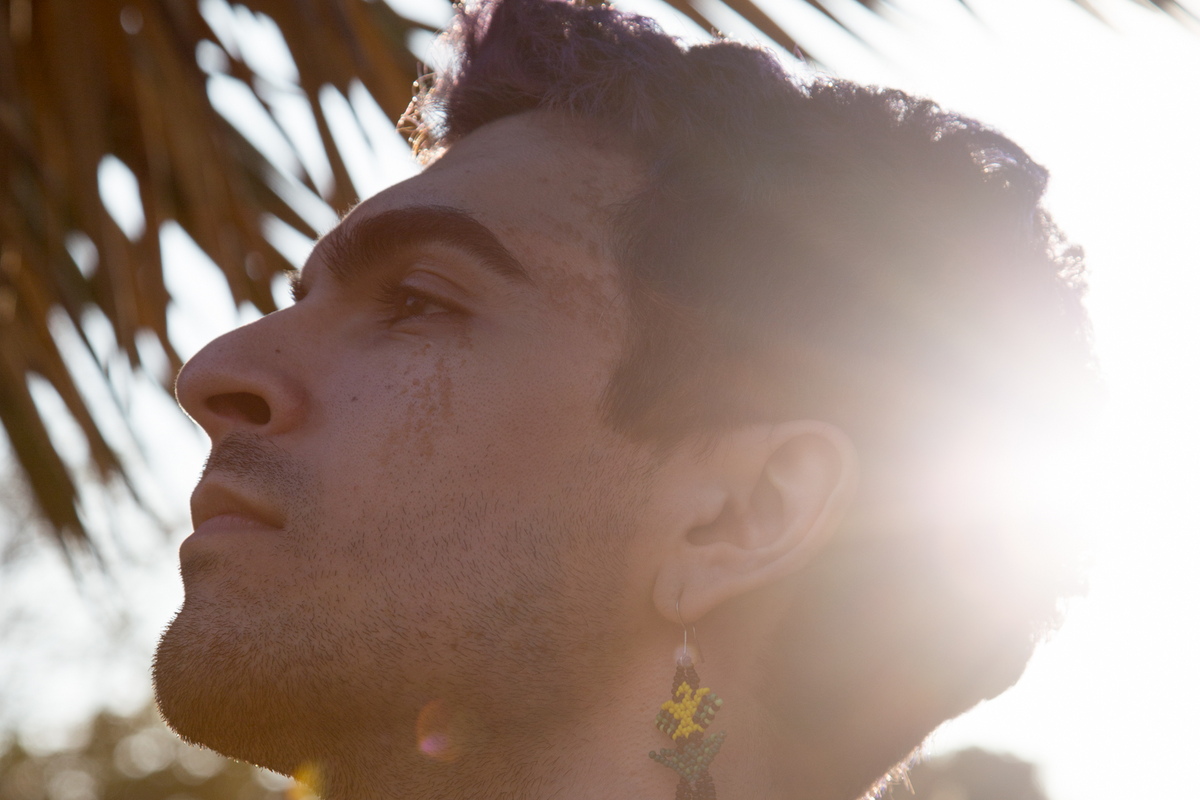 Who? Kisos began livestreaming on Twitch in 2018 and while the channel started as one for gaming, he later blended his two worlds by including acoustic performances. The pop musician was ready to hit the road for an "LGBT music tour" with fellow artist Cory Stewart when the outbreak of COVID-19 halted their upcoming travels. This abrupt change of plans inspired the idea for a digital transition, and Queerantine — a name suggested by another musician, Jxckson — was born.

The music video showcase features a fresh lineup of LGBTQ+ artists each week, all selected via a pool of self-submissions; show alumni include Rookes and Shea Diamond. And Kisos does not take on this project alone — a new co-host joins the show weekly, with Michael Medrano, Raquel Lily and, most recently, Miss Eaves appearing among the show's featured guests.

When? After a successful first run earlier this summer, Queerantine's second season premiered on August 9. The show, which will have 10 episodes in its second act, goes live on Twitch every Sunday at 3 PM EST (with the exception of an intermission, if you will, on August 23), and reruns stream on YouTube at 3 PM EST on Monday. In other words, the showcase provides an unmatched opportunity for unwinding on the weekend or discovering new-to-you queer artists over a lunch break.

Why watch? Not only are the co-hosts interacting with one another during the stream, but the live chat feature of Queerantine draws interactivity between artists and fans into the mix. Kisos explained that, because of this listener to musician interaction, he believes the show is, really, the only thing of its kind. "I feel like sometimes with a live set format, it's like in the physical world where people will come for their artists and then leave," Kisos told PAPER. "Versus, for Queerantine, because the purpose is completely to see artists that you haven't ever seen before... I think they're really coming specifically for the discovery, for the community, the chat and to meet new people."

For every show, Kisos emphasizes the importance of the community. Queerantine is more than a showcase for LGBTQIA+ artists' visuals, but also a place for people within the community to connect with others and discover those artists together. "I think there's a lot of people that are on social media that are finding Queerantine and might not have really had a 'queer family' before," Kisos said. "People have actually told me this, too, which melts my heart. They're like, 'Yeah, I felt like I didn't really know my place in the scene,' or 'I didn't really feel seen in the scene, and this has given me a community to branch out from.' I think that's definitely the appeal."

With season two comes some new developments. Queerantine now includes an after-show hosted by Kisos, Stewart and another musical co-host — this week, Zach Benson was on the air. Queerantine has also shaken up the self-submission process; presently, priority is given to musicians who apply using the password mentioned throughout the weekly shows. Artists interested in applying for the showcase can find more information here, and lineups are introduced on social media every Friday.

Kisos may have some music of his own ready to feature on Queerantine — the artist has a new EP titled sweet nothings out now, as well as an appearance on Power to the Queer Kids Vol. 2, a compilation album for which all proceeds go to The Trevor Project.

Catch up on every episode of Queerantine that you have missed so far here — the show raised more than $7,000 for G.L.I.T.S and Black Lives Matter with the help of previous co-host Jo Lee and Peter Ngqibs in June.