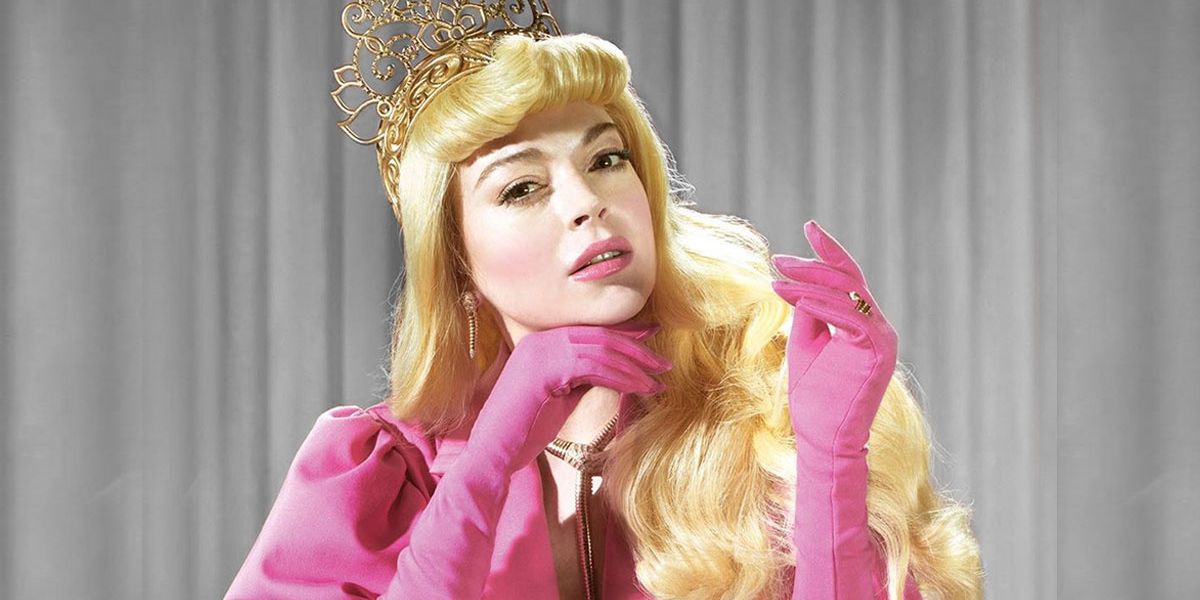 In a teaser trailer posted last night to Lindsay Lohan's social channels , fuzzy TVs blur out images and clips of the actress-turned-reality star in some of her most infamous moments before exploding to the tune of her voice saying, "I'm back." The only other hint left by the star is a smiley face superimposed on top of the 30-second clip and a link to pre-save her new single via Spotify. This is clearly not an April Fool's joke — LiLo is officially making her return to music.

We've been eased for months on end at the promise of new music just to be granted deliverance during a time when we're all glued to our phones and computer screens because of the COVID-19 outbreak. Smart move, Lindsay — but we want "Xanax" or we ride at dawn.

The actress infamously leaked her own song last year via IGTV, but then nobody heard a peep from her after that concerning pushing "Xanax" to digital streaming platforms. It was odd, but then again, any rollout from Lindsay is bound to be unique. Since she's been dangling the promise of her big return since she first appeared on The Masked Singer Australia in the fall, fans began forgetting to hold onto hope — until now.

The details surrounding her new single are being kept under lock and key, with only speculation fueling any sort of official title or lyrics. Whatever she's prepping to unleash on the general public has to be worth it, though, because following up "Rumors" is one hell of a job to accomplish. In these desperate times, we need a thumping dance track that'll get the post-quarantine clubs dancing like they all know how to throw a party in Mykonos. If anyone can do it, though, it's got to be LiLo.

UPDATE: Lindsay's just announced that her new single, "Back to Me," will be out this Friday. It's not "Xanax," but we have decided to stan nonetheless! Listen to a clip of the new track below.

Lindsay Lohan’s Instagram post: “The song is about rediscovering and accepting oneself, shutting out the noise and moving forward and letting the past go. Living in the…”