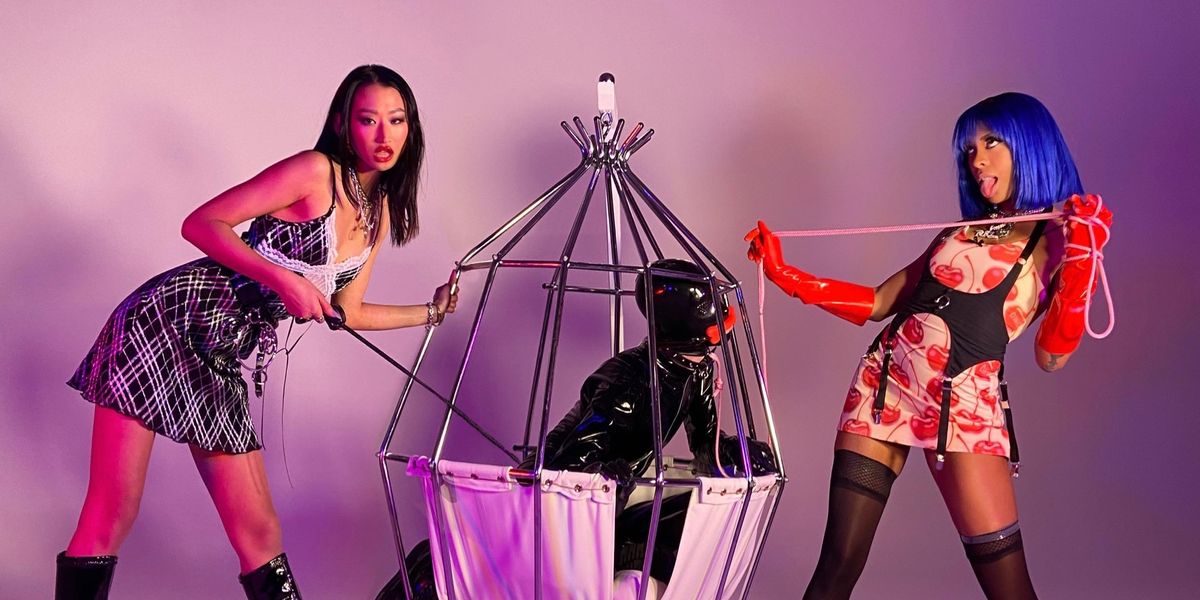 From the same twisted minds that brought you the e-cig anthem that took over TikTok, "Where's My Juul??," Full Tac and Lil Mariko are back with their latest viral-primed banger in the form of "SIMP."

Sporting an especially bass heavy beat and a screamo chorus, "SIMP" is an anthem for anyone that's ever had to fend off reply guys and sleazy creeps clogging up your notifications with bids for your attention that are about as subtle as a brick.

"I made this beat in 2019 at the Take A Daytrip studio in Soho with my friend and collaborator Russ Chell," says producer Full Tac. "The beat sat in my computer for a long time until summer of 2020. Kat [Lil Mariko] had the idea, and when thinking about a feature we immediately thought Rico Nasty would be someone who could bring a lot of great energy to the track and add to it. We reached out to her and she just nailed. We had a blast shooting the video."

Lil Mariko adds, "I just wanted to make a song about all of the weirdos in my DMs trying to date me without having met me. This is a song dedicated to all of the suckers idolizing my pussy. Shoutout to my best friend Sebastian for letting me dress him up and literally beat him up for this video."

Watch the PAPER premiere of Full Tac, Lil Mariko and Rico Nasty's "SIMP" and stream it, below.