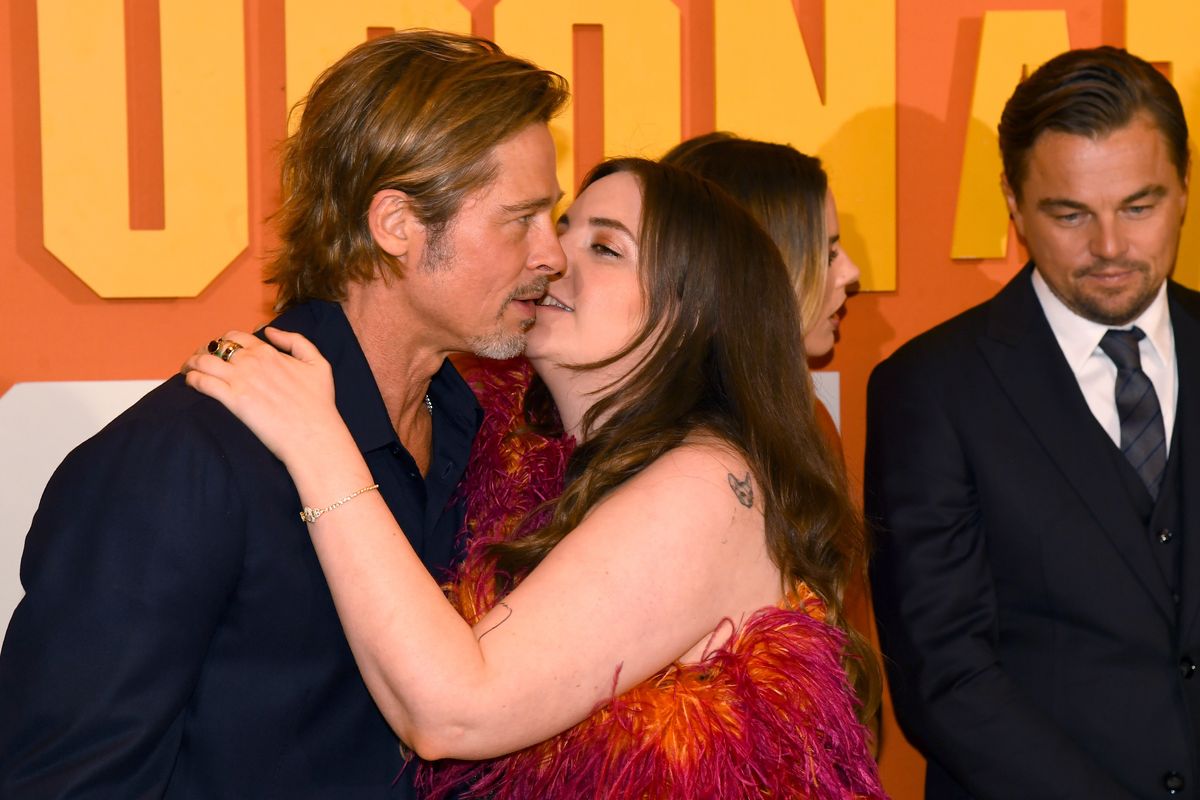 Lena Dunham is facing considerable backlash after a paparazzi photo of her trying to kiss Brad Pitt surfaced online.

Earlier this week, the cast of Once Upon a Time in Hollywood took to the red carpet in London to celebrate the movie's premiere and, naturally, there were cameras everywhere. However, the paparazzi also ended up capturing a strange moment in which Dunham can be seen trying to kiss Pitt.

And while Dunham could've just been trying to give her co-star a European-style cheek kiss, thanks to the timing and angle, commenters were quick to criticize what appears to be a non-consensual kiss.

"If *any* man did this to a woman on a red carpet, they'd be publicly pilloried and likely lose their job," one person wrote. "Instead Lena Dunham gets a cutesy article full of praise & compliments for her 'balls of steel.'" Also underlying coverage of the incident were mentions of Dunham's past controversies, including her defense of a Girls writer accused of sexually assaulting an actress-of-color.

Ew. Lena Dunham just keeps getting worse. If *any* man did this to a woman on a red carpet, they’d be publicly pilloried and likely lose their job. Instead Lena Dunham gets a cutesy article full of praise & compliments for her “balls of steel.” Gross. https://t.co/oZmBYpPHkI

Dunham has yet to respond to the backlash.

See what else Twitter has to say about the interaction, below.

Stop giving Lena Dunham a pass for this shit. https://t.co/O4LsEgTdUV

If this is accurate- and Lena Dunham attempted to kiss Brad Pitt on the lips without consent, call it what it is: sexual assault/harassment.
Not ‘surprise.’ Not amusing. Not ok. https://t.co/PH3RHDNbkb

I'm sure this will get lost because of the debates and everything being terrible, but this is not the fuck okay. Not even a little bit. For this, and about a hundred other reasons, Lena Dunham is traaaash https://t.co/3z57YGlFAn

If Brad Pitt did to Margot Robbie what Lena Dunham did to him on the red carpet, Dunham would write a 3,000-word essay about consent

This is only being covered by celeb gossip rags, and none of them are saying this, but this isn't ok at all. You don't kiss people on the mouth without consent. He was obviously uncomfortable, and turned away to dodge the kiss.https://t.co/orX3W2c4EZ