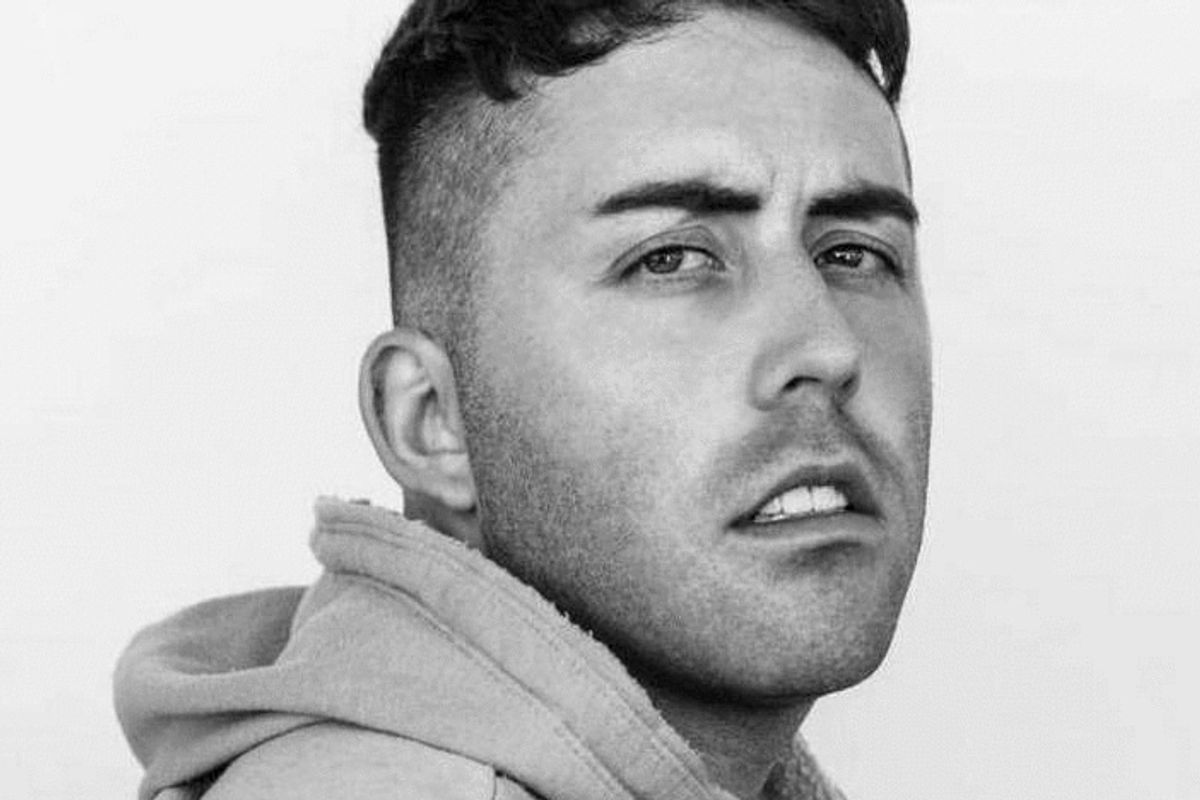 Meet Leland: The Co-Writer Behind Troye Sivan's 'My My My!'

Troye Sivan's new track "My My My!" is a "song about liberation, freedom, and love," according to the 22-year-old Aussie sensation. With its euphoric chorus ("I die every night with you/ Living for your every move") and shimmering pop production courtesy of Top 40 gatekeeper Max Martin, the giant track successfully delivers on Sivan's every intention.

He co-penned the track with songwriter Leland, who's been working with Sivan since the Blue Neighbourhood era. Where his 2015 debut album was a bit more somber with tracks like "Talk Me Down" and "Suburbia," both of which Leland co-wrote, "My My My!" sees an optimistic shift in the tone of Sivan's work — he's in love, and proud to scream it loud: "Oh my my my!"

Related | Troye Sivan's "My My My!" is a Liberated Anthem For Love

Through working with Sivan, Leland has established himself as one of contemporary pop's most exciting songwriters. In 2017, he co-wrote a number of tracks off Allie X's off-kilter album CollXtion II, including lead single "Paper Love," and worked with Selena Gomez on crafting her slow, sultry "Fetish." Leland is also a rising solo musician, and released his breakout single "Mattress," drenched in synths and painfully honest lyrics.

Watch Troye Sivan's "My My My!" and learn more about Leland, below.

You've been working with Troye Sivan for several years. How did you two first meet?

Troye and I met 3 years ago when I was playing shows at a tiny venue in Hollywood called Three Clubs. Tyler Oakley and I had recently become close friends and Tyler kept telling me how he wanted us to meet and write together. Tyler brought Troye to one of the shows and we had to sneak him in through the back since he was only 18. I had just started working with Allie X around the same time and Troye was a big fan of "Catch." We eventually all ended up in the studio and quickly realized we had a strong connection.

How has the process for co-writing changed since Troye's first album?

Not much! We wrote the majority of Blue Neighbourhood in a makeshift studio in the producer's garage, and continued that process this time around. Postmates didn't exist when we were writing the first album, so that's probably one of the biggest differences! I will say we know each other better now and we know how to make each other a better writer. I feel like that only comes with collaborating openly and honestly.

Talk through the experience of writing "My My My!"

I had flown to Stockholm to write with Troye for the week. The day we wrote "My My My!" was a rainy and gloomy day. We met in the hotel lobby, got coffees to-go, and did the 15 minute walk to the studio. Those walks to and from the studio became such a sacred time for us. On the way to the studio, we'd talk about what's inspiring us, and on the back we'd reflect on the song we had written and usually play it on one of our iPhone speakers. We also got soup the day we wrote "My My My!" and it was delicious.

How did you two land on the hook?

Before a session, I like to wake up early and jot down whatever words or phrases come to mind. Sometimes they'll spark an idea and sometimes they won't. I had "My My My!" in a short list of phrases I was inspired by that week. We were throwing around ideas and when I suggested "My My My!" I could tell Troye really connected with it. As he's stated so well, the phrase is an acknowledgement of feeling completely and utterly liberated. I believe that's where Troye is, so that's what I wanted to help capture.

Why do you think this track is important for the world, right now — and especially the LGBTQ community?

To see the ripple effect a song and visual like this is having on people and even a community is incredibly fulfilling. My hope is that whoever connects with this song will walk away feeling confident, sexy and liberated. In the LGBTQ community, we're raised to feel the opposite — at least we were when I was a closeted gay teen, so songs like these put a face to the fantasy that a gay artist can not only make music but be heard.

Troye seems more confident in his sexuality than ever before. Was this the intention?

I think that as Troye evolves and grows as a human, whatever he's experiencing can end up in a song. At the time of writing "My My My!" this is what he was going through, and we tried to capture it as raw and unfiltered as possible.

What's your personal process when it comes to co-writing with other musicians?

My main objective in a session is to adapt to where I'm needed. I'm there as a vessel to help the artist execute his or her vision, or to help pinpoint a vision if one isn't clear yet. Sometimes I'll bring in titles and sometimes I'll let the music inspire a lyric from scratch. When it comes to Troye, he is a phenomenal songwriter so any time we're able to write is fun and a true collaboration.

You're also a solo artist. What's the story behind your single, "Mattress"?

"Mattress" came from when I was leaving a club in West Hollywood with one of my close friends who I had a crush on. He was taking home some rando and even though I couldn't express it, I was fucking jealous of that rando and wanted my friend to take me home instead. "Mattress" was one of the fastest songs I've written since it was a story that I had lived. It was written in about 45 minutes.

What's your point of view as a solo artist? How does the sound differ from your collaborations?

I want my music to be intelligent while being relatable, and to have depth while being danceable. I love synthesizers that make you feel emotions and drums that create this need to move. Artists like Robyn and Tears for Fears inspire me and I want my music to reflect that. Anthemic, electro-pop is a sub-category I'd be more than happy to fall under. Writing for myself is different than working with collaborators because I make the final call when it comes to lyric/melody and I decide when the song is fully realized. It's a process I really enjoy.

I just signed with Universal Music and we're currently taking "Mattress" to radio in Germany and throughout Europe over the next few months. I'll be promoting the song while releasing other music and prepping for a tour later this year. As far as a body of work, I can say that an EP is definitely on the way.

Listen to "Mattress" by Leland, below.