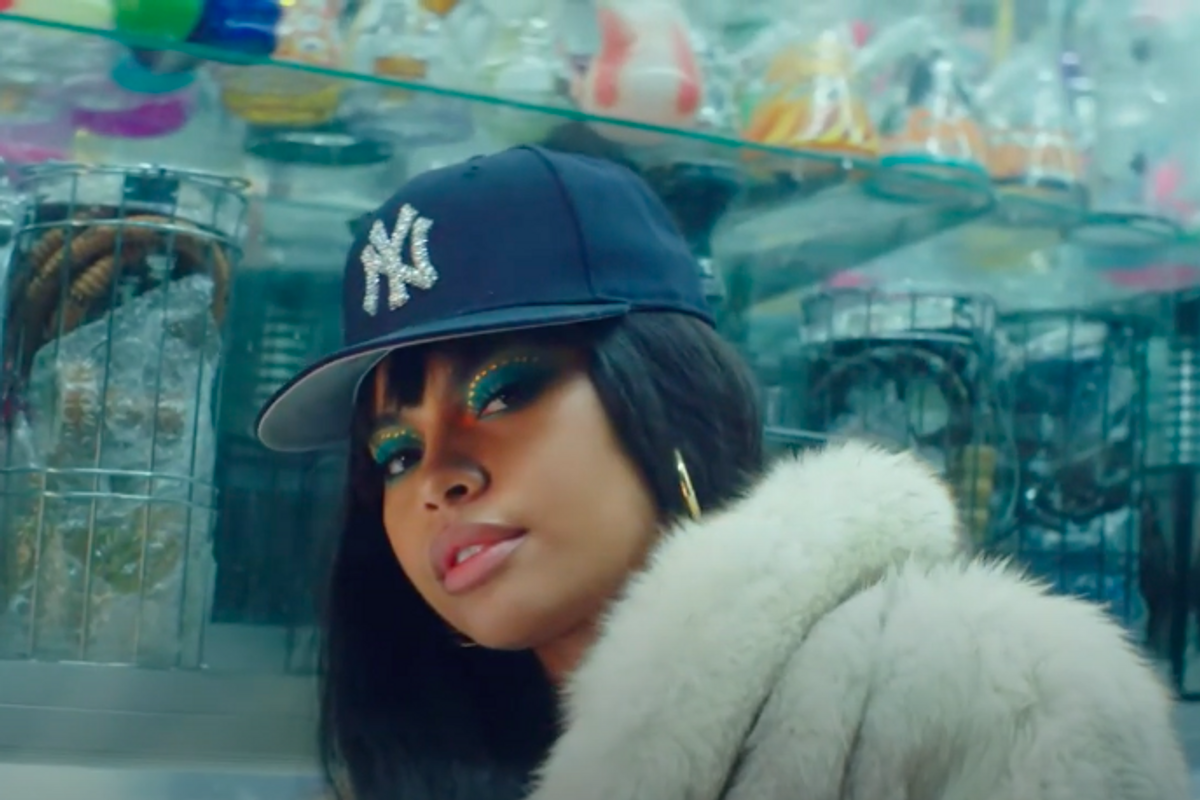 Leaf Searches for Her Bae in 'Is It You'

There's nothing more uplifting than an ode to strong women. With sexually charged, unapologetic lyrics that highlight a self-assured narrator determined to pursue her own goals, rapper Leaf promotes true empowerment in her new single, "Is It You." She describes the song as "a fun, sexy anthem about finding the right bae. I made it one night off a couple shots of tequila in the booth with hookah and it got pretty spicy."

Today, the NYC-based rapper, model and musician premieres her equally exuberant music video on PAPER, complete with an epic dance party and impeccable outfits. As an artist who has dropped merchandise with proceeds donating to Black Lives Matter organizations in Minneapolis, Leaf continues to advocate for change in her work, as seen in this KAjAL-directed video starring and produced by women of color ("from the director to hair, makeup and even styling").

The visual begins with Leaf dining in a Chinese restaurant "somewhere" in NYC, as said in the opening credits. Leaf and her friends discuss what their dream partners would look and be like. She raps in each verse about her ideal man — one who is not only financially stable, but also nonrestrictive and understanding of her independence. "I need a man who gon' spend some bands/ Who gon' check in on me baby when I do my thing."

"It was really important for me to show my NYC roots in this video now that everyone's at home," Leaf says. "It's giving NYC summer nostalgia, which I miss already. I come from one of the strongest cities in the world, so I know we'll get through it. I think everyone who's single is feeling a lil lonely and in need of a dream bae right now. This song should help ease the anxiety of FOMO and help other people manifest their dream bae too."

Eventually, the music fades to make way for a vital scene in the video. As Leaf and her friends continue chatting about how "men ain't shit" and that they're sick of crying over them, an older woman approaches their table, offering advice. "I want to say something about the guy," she says. "You know because you're young ladies, I know more than you." They motion for her to join them, and she imparts four crucial words, "No check, no number." Immediately, the restaurant transforms, revealing a dance floor that they celebrate on.

Throughout "Is It You," Leaf flaunts everything from blunt bangs with colored eyeshadow and a fur coat to a look consisting of a blonde wig and Louis Vuitton bucket hat. After all, her most recent single dropped in April, titled "Fashion Bitch," in which she shows her fashion expertise. "Is It You," like Leaf's other videos, further proves her position as a leader in style. (If she seems familiar, you may have seen her model for everyone from Calvin Klein to Pat McGrath and Baby Phat.)

Fellow NYC rapper Dave East notably makes a cameo, portraying Leaf's love interest and the subject of her lyrics. "Is it you?" she sings to him, "I just want to know, is it you?"