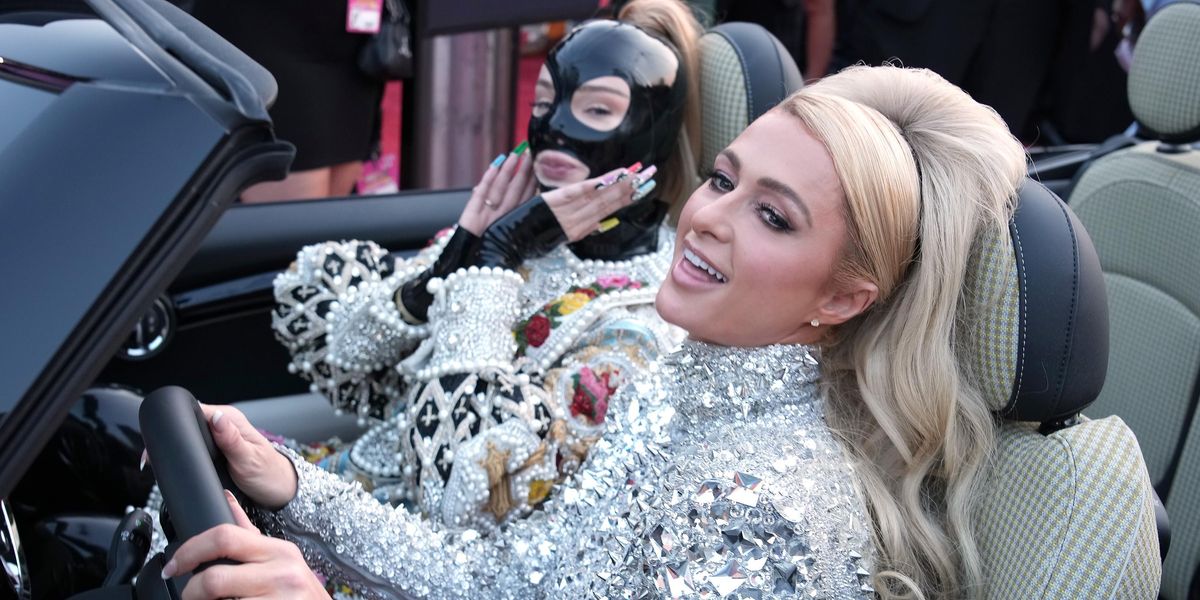 It was a momentous night for both Kim Petras and the 2021 VMAs before the show even started.

Showing up to the awards show in a latex mask alongside Paris Hilton driving a pink convertible, Petras made history as the first out transgender woman to ever take the VMAs stage. She brought a whole new meaning to the phrase "bubblegum pop," and performed her most recent single, "Future Starts Now," outside of Brooklyn's Barclays Center as part of the VMAs pre-show.

The performance featured a bubblegum-covered stage with a gooey matching dress, alongside pink beret and harness-clad backup dancers as Petras aired out the French-kissed single. Everything culminated in an outfit change from Petras into a scantily clad bodysuit, ascending to a rotating platform and walking a pink bubblegum-covered dog on a leash.

Unfortunately, Petras wasn't up for any awards this year, but things may be different next time considering she reportedly has a new album on the way under Republic Records. Check out Kim Petras' performance of "Future Starts Now," below.