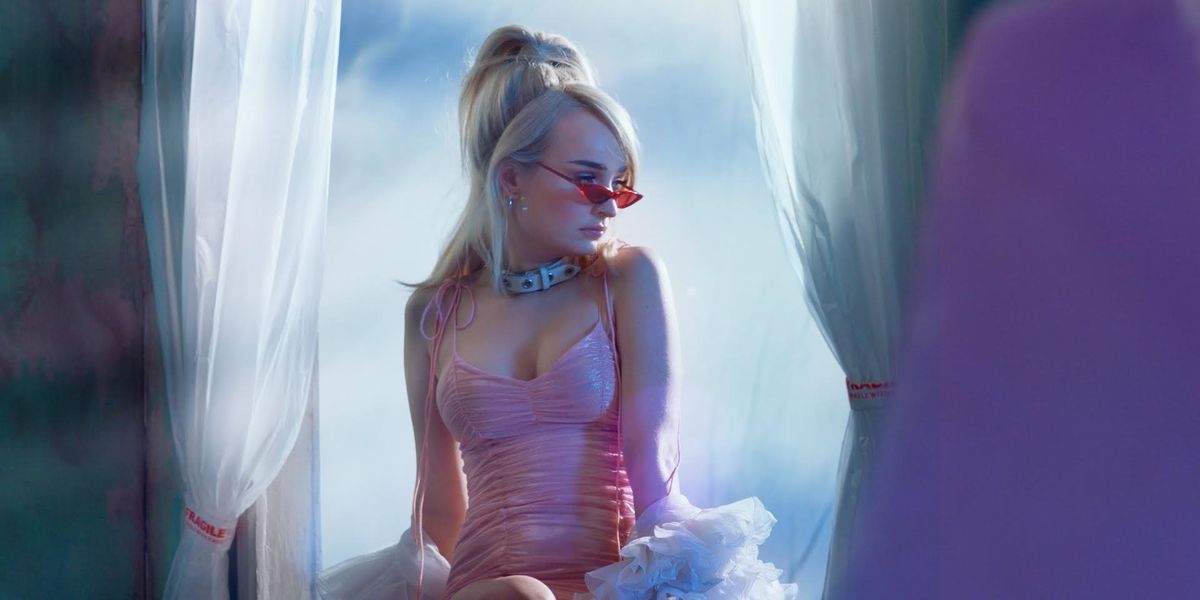 PAPER favorite Kim Petras makes glamorous, unapologetically saccharine pop music. She was featured on fellow pop pioneer Charli XCX's latest mixtape, Pop 2, and her last single, "I Don't Want It At All" was a bubbly ode to designer clothes, wanting attention, and summer in the Hamptons.

Now she's back with a new video for her song, "Heart to Break." The video imagines Petras as a modern-day princess pining for her prince in a surreal purple and blue crystal tower. Instead of being confined to the castle like Rapunzel was, however, Petras roams around the inky landscape outside, eventually having a dance-off with her love interest, breaking glass picture frames, and enticing him before eventually turning to glass and breaking herself.

There's drama, dancing, and great outfits — it's pure pop magic, which Petras has proven to be an unmatched expert at achieving.

Watch the video, below, and check out Petras' PAPER Penthouse performance here.