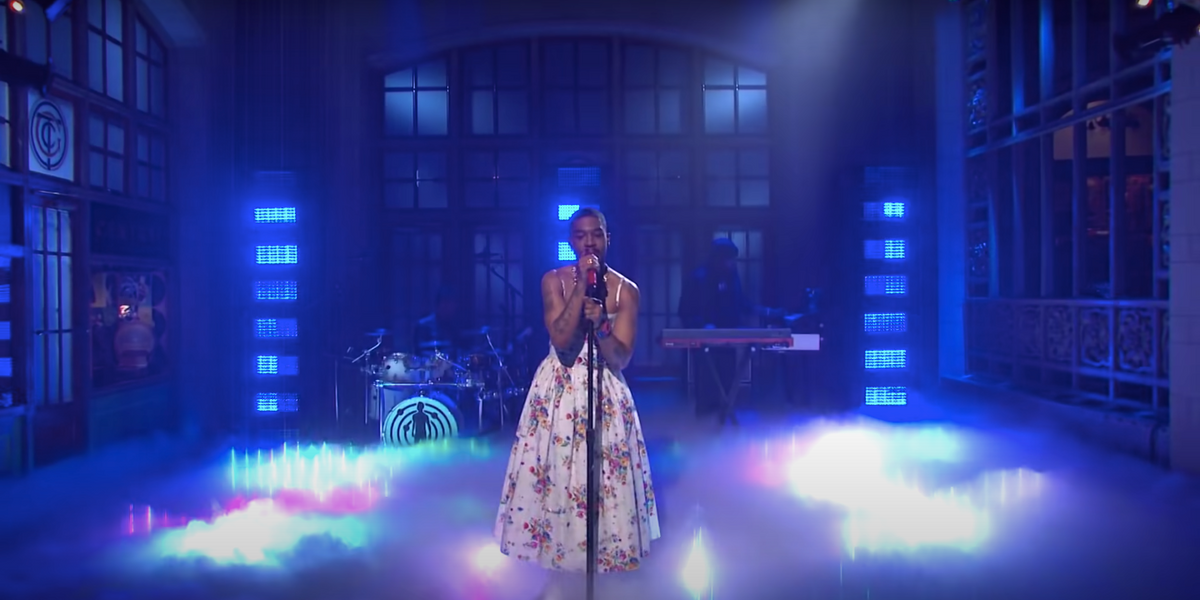 Kid Cudi was the musical guest for the latest episode of Saturday Night Live. And the artist didn't just deliver on the performances, but also on the looks.

The 37-year-old artist paid tribute to the late comedian and former SNL cast member Chris Farley with a graphic tee while onstage for "Tequila Shots." But his main fashion references for the night were nods to outfits worn by Nirvana frontman Kurt Cobain, whom he admires.

Related | Kid Cudi Haunts Us in 'Heaven On Earth'

During the "Tequila Shots" performance, Cudi wore a green cardigan over the Chris Farley shirt, which seems to be a reference to Cobain's famous "Unplugged" cardigan which sold for over $330,000 at an auction in 2019. And then for his final song, "Sad People," he wore a floor-length, spaghetti-strapped floral dress that calls back to Cobain's own floral dress moment.

The dress is a custom Off-White piece designed by LVMH artistic director Virgil Abloh himself. Cudi tweeted about the look, saying, "I told him I wanted to show love to Kurt w a floral print sundress and this man made a masterpiece. Thank You @virgilabloh ur a fuckin genius!! Love you man we did it!!!"

And it looks like others will be able to sport the dress soon, too. The singer announced that the dress will be part of an Off-White collection he's working on.

Watch the floral frock in action in the full performance of "Sad People" below.