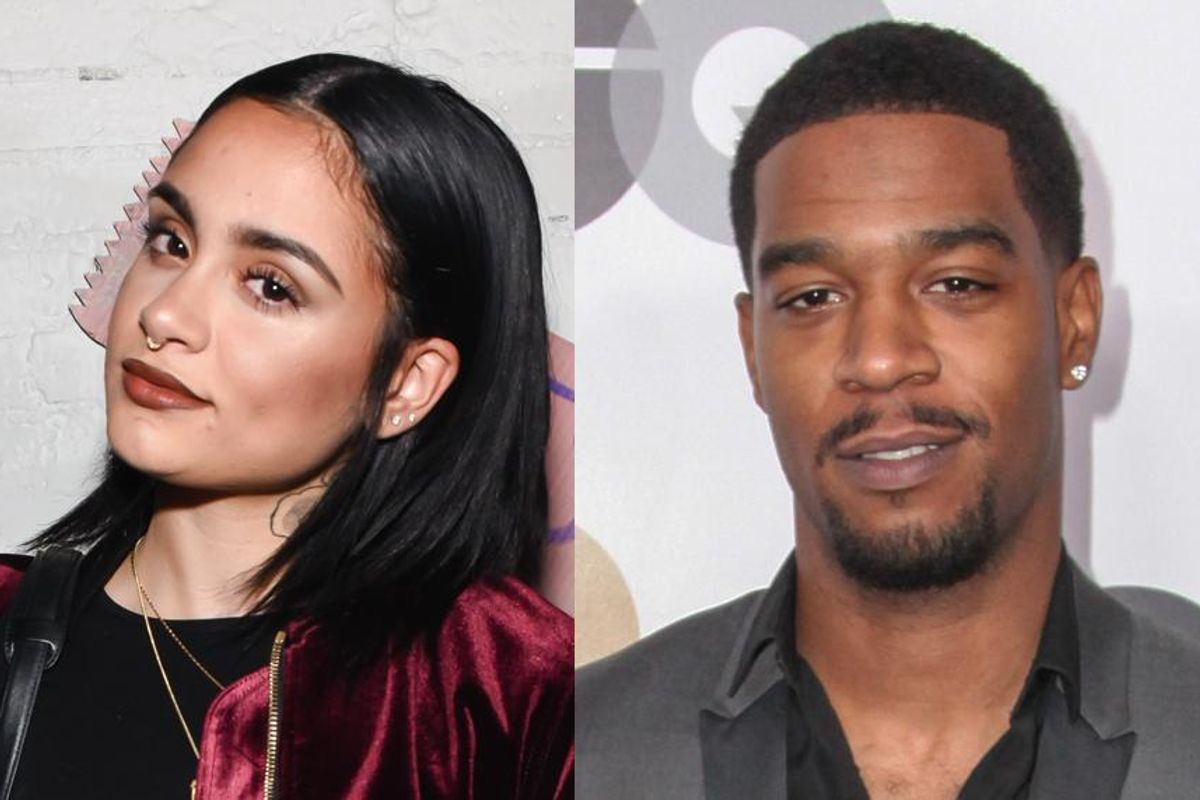 Earlier this week, Kid Cudi wrote on his Facebook page that he was checking himself into rehab for "depression and suicidal urges," and, in the process, launched a commendable slew of thinkpieces, well wishes and even a hashtag where other black men could share their struggles with mental health.

Praying my dawg @KidCudi pulls through this. The game ain't the game without the Man on the Moon!!! 🤘🏽https://t.co/SHrLwhnkPZ
— Collin P. Donovan (@Donziff) October 6, 2016

It's absolutely beautiful that Cudi has been so open about his recent struggles and his brave attempt to seek help. Mental illness is still unduly stigmatized in our cultural discourse, especially for black men, so it's been even more amazing that he's received this outpouring of support.

However, this deluge of empathy also highlights how prevalent sexism still is in the conversation about mental health. Take Kehlani's case earlier this year, in which she was hospitalized for a suicide attempt following a particularly vicious bout of public shaming that resulted from a rumor that she had an affair with producer PARTYNEXTDOOR, while she was supposedly in a relationship with Cleveland Cavaliers player Kyrie Irving.

Similar to Kid Cudi, Kehlani was very open about her hospitalization, posting an Instagram detailing her desire "to leave this Earth," but ultimately feeling glad that she was still alive.

However, unlike Cudi, Kehlani was subject to incessant online harassment, made into a recurring joke and told she was hamming it up after her post. She wasn't, and still hasn't been, afforded a fraction of the public support Kid Cudi has accumulated since he bravely shared his note (and undoubtedly saved lives) on Tuesday. In fact, her trauma has resurfaced as yet another joke in the wake of this huge conversation about treatment and self-care.

Which is troubling, especially when you realize that the same people sympathizing with Kid Cudi are the ones laughing at Kehlani -- and actively defending their mirth.

Despite the fact that they are facing similar issues, we automatically take the man's struggle more seriously. We continually validate, applaud and vocalize our support for men who speak up about their mental health (Kanye, Future and every white, guitar-wielding man), while mocking and openly gawking at the women we know are obviously unwell. And if that doesn't speak to a sexist dichotomy, then I'm not sure what does.

This eagerness to commend a man is undoubtedly amazing progress from the days where we equated emotional stoicism with masculinity, but it's a shame that this also hasn't simultaneously pushed forward the way we view and handle women's mental health. Unfortunately though, the true depth of this all doesn't come as much of a surprise, especially since the idea of the "emotional woman" is a pernicious and seemingly-unshakeable trope.

A stereotype that has persisted, whether it be in the form of Victorian Era hysteria diagnoses or today's "Crazy Ex-Girlfriends," we've normalized women's mental illness as signs of being "divas," "(over)reactionaries" and "attention-seeking exaggerators" -- and therefore less worthy of our attention and sympathy than a man. Take the flippant way we've treated Lindsay Lohan, Amanda Bynes and Tila Tequila as examples of how the public spiral of a woman becomes entertainment and a punchline, rather than a troubling and serious issue. Because the idea that we can brush off anyone's cries for help with a snide joke is horrifying.

Even worse is the assumption that Kehlani "deserves" her mental anguish. Kehlani's detractors have consistently moralized about the Irving incident, despite Irving publicly refuting the rumors himself. The idea that a woman can be proven innocent and still be the subject of widespread public contempt is fucked up to say the least. And even if she did cheat, why do her interpersonal relationships or artistic merits have bearing on the validity of her depression? Stanning and sympathy aren't mutually exclusive to one another. Yet the Internet has rationalized their distaste for Kehlani's public struggle with this untrue, "untalented whore" story -- one that also conveniently puts her in stark moral opposition to Cudi's courageous narrative.

It's a message that simply reiterates that, as a woman, you're inherently less worthy of compassion -- and when we're talking about something as serious as mental health, this means women's health and happiness are valued less, as well. But the only way we can continue destigmatizing mental illness is by ensuring that everyone's experience is validated, and we can start with Kehlani.


From Your Site Articles
You May Also Like
Fashion